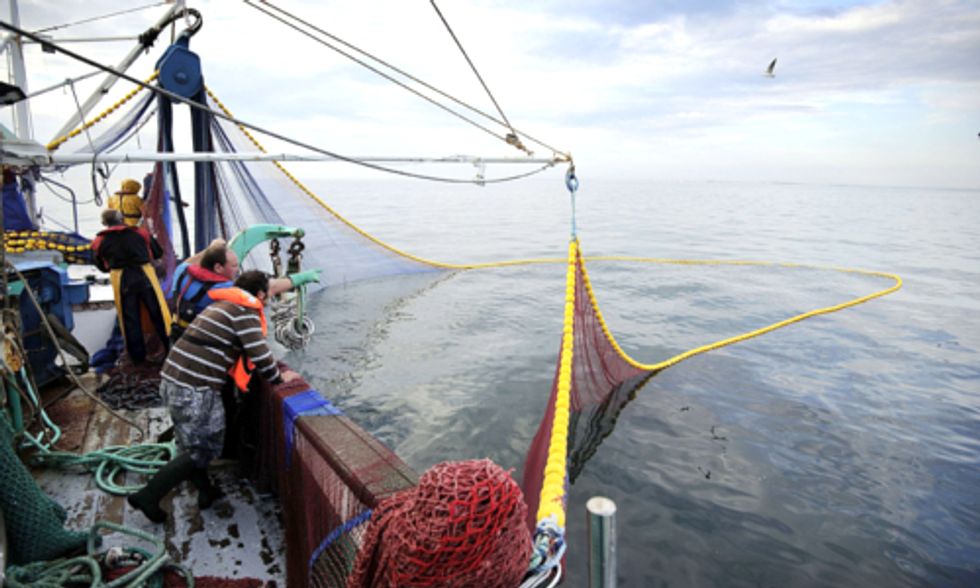 The European Union's Common Fisheries Policy (CFP) comes up for renewal every decade, but for the first time, Parliament clearly dedicated itself to ensuring sustainable practices.

Passing by a whopping 473-to-52 vote count, Parliament approved reform of the CFP, including objectives to rebuild fish stocks, reduce fishing's impact on the ecosystem and deny financial help to those with records of illegal fishing. The CFP's approval makes way for a € 6.5 billion European Maritime and Fisheries Fund (EMFF) that would last through 2020. Fisheries ministers will now receive a final vote, but most believe that will be a formality.

"This vote sets up a sustainable fishing model for the next ten years," Parliament rapporteur Alain Cadec said in a statement. "For me, talk about sustainable fisheries is not just talk and praiseworthy sentiment. Sustainable fishing means, above all, practical measures to eliminate overfishing and control fleet capacity while allowing fishermen to live from their work."

Oceana Europe was pleased with the new commitment, as well as the rejection of funding new boats.

“The European Parliament proved itself to be a force for environmental good during negotiations for the CFP," Xavier Pastor, executive director of Oceana in Europe, said in a statement. "However, in the case of the EMFF we saw more extreme differences of opinion: Both the most environmentally destructive proposal—subsidies to build new boats and the most beneficial proposal—to double funding for data collection and control measures—came from the Parliament. Fortunately, the proposal to fund new boats was rejected by the Plenary."

Oceana says that "environmentally harmful subsidies," like funding for new engines were reintroduced, but they will be subject to clear budget limits. However, individual states can dictate such spending.

“Member States will, in fact, make the final decision on EMFF investments, and could therefore decide to exclude harmful subsidies from the funding possibilities they will provide to their fishing sectors," Oceana policy officer Vanya Vulperhorst said. "If they are truly committed to the new CFP and its principles, excluding these subsidies should be a no-brainer."

A European Commission statement also states the fund will aid data collection for fisheries to provide "robust evidence" and comply with sustainable programs.

"Our reformed fisheries policy is putting European fisheries on a sustainable footing once and for all," European Commissioner for Maritime Affairs and Fisheries Maria Damanaki said. "To get there will mean radical changes for our fishermen and the whole sector, which needs our financial support.

"We will co-fund concrete projects in the member states to help fishermen and coastal communities develop a sustainable seafood industry—from the net to the plate."

Fish Farms to Produce Two-Thirds of Global Supply by 2030

From Your Site Articles
biodiversity
wildfires