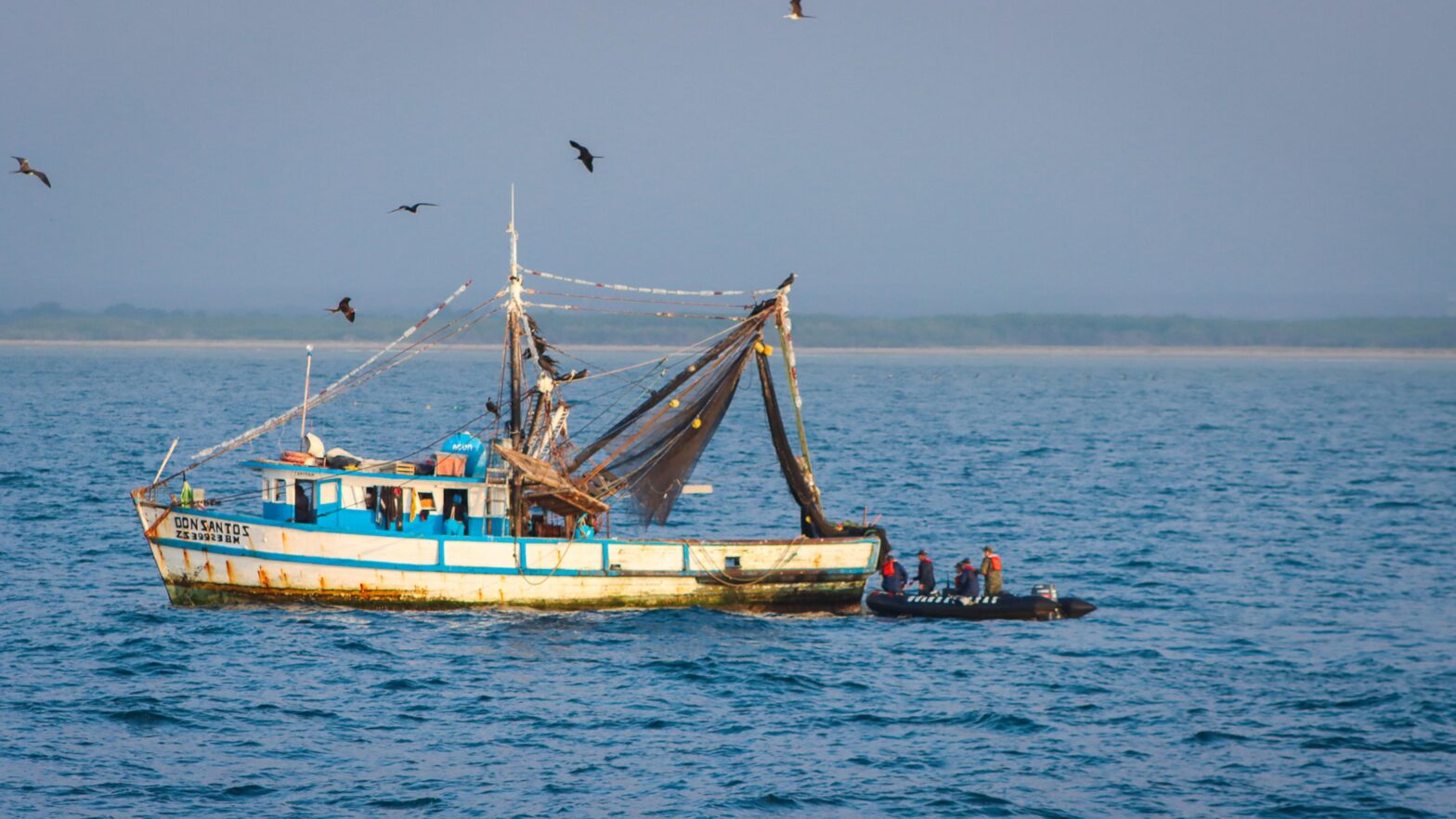 In June, the first missions of a successful joint operation between specialized environmental prosecutors of the government of Peru and Sea Shepherd Conservation Society encountered and apprehended multiple illegal fishing vessels in Peruvian waters.

Aboard Sea Shepherd’s ship Ocean Warrior, officials and advocates worked together to support the Peruvian government’s efforts to monitor its sovereign waters. Officials gained access to a civilian offshore patrol vessel to assist with their observations of at-risk and migratory species and their monitoring of threats to biodiversity. Sea Shepherd Legal also provided prosecution and policy guidance in the aftermath of any interactions and suggestions for the application of domestic and international law. This tag-team approach ensured that potential gaps in policies would be identified and addressed, Sea Shepherd told EcoWatch in an emailed statement.

The coalition intercepted three small-scale Peruvian trawlers that potentially were participating in illegal, unregulated and unreported fishing (IUU). Peruvial prosecutors detected the first, Don Santos, fishing within Peru’s 5 nautical mine inshore exclusion zone off the coast of Tumbes using radar from the bridge of the Ocean Warrior. They then requested the coast guard board the vessel, at which time officials realized the trawler’s satellite monitoring system, which allows for vessel movement to be monitored by law enforcement, had not been operational since 2018 and that the crew may have discarded their catch overboard prior to boarding in an attempt to destroy evidence.

Don Santos, fishing in unauthorized, protected areas, having non-functioning satellite monitoring systems, was destroying catch evidence before being boarded and/or fishing without a valid license. Peruvial prosecutors detected the illegal activities via radar from the bridge of the Ocean Warrior and then requested the coast guard board the vessel.

Sea Shepherd Legal helped to fine Dos Santos, and the ship is now prohibited from fishing until its three fines are paid.

The mission also discovered two other Peruvian trawlers fishing without satellite monitoring systems. One did not have a valid fishing license for the Tumbes area. Prosecutors requested coast guard officials to board the two vessels and they subsequently directed them back to port for detention.

Globally, IUU fishing threatens the biodiversity and stability of oceanic ecosystems. Illegal fishing can cause the total collapse of a fishery or seriously endanger fish populations. Actions like removing satellite monitoring and fishing illegally within protected areas frustrate official efforts to safeguard oceanic resources for the future. 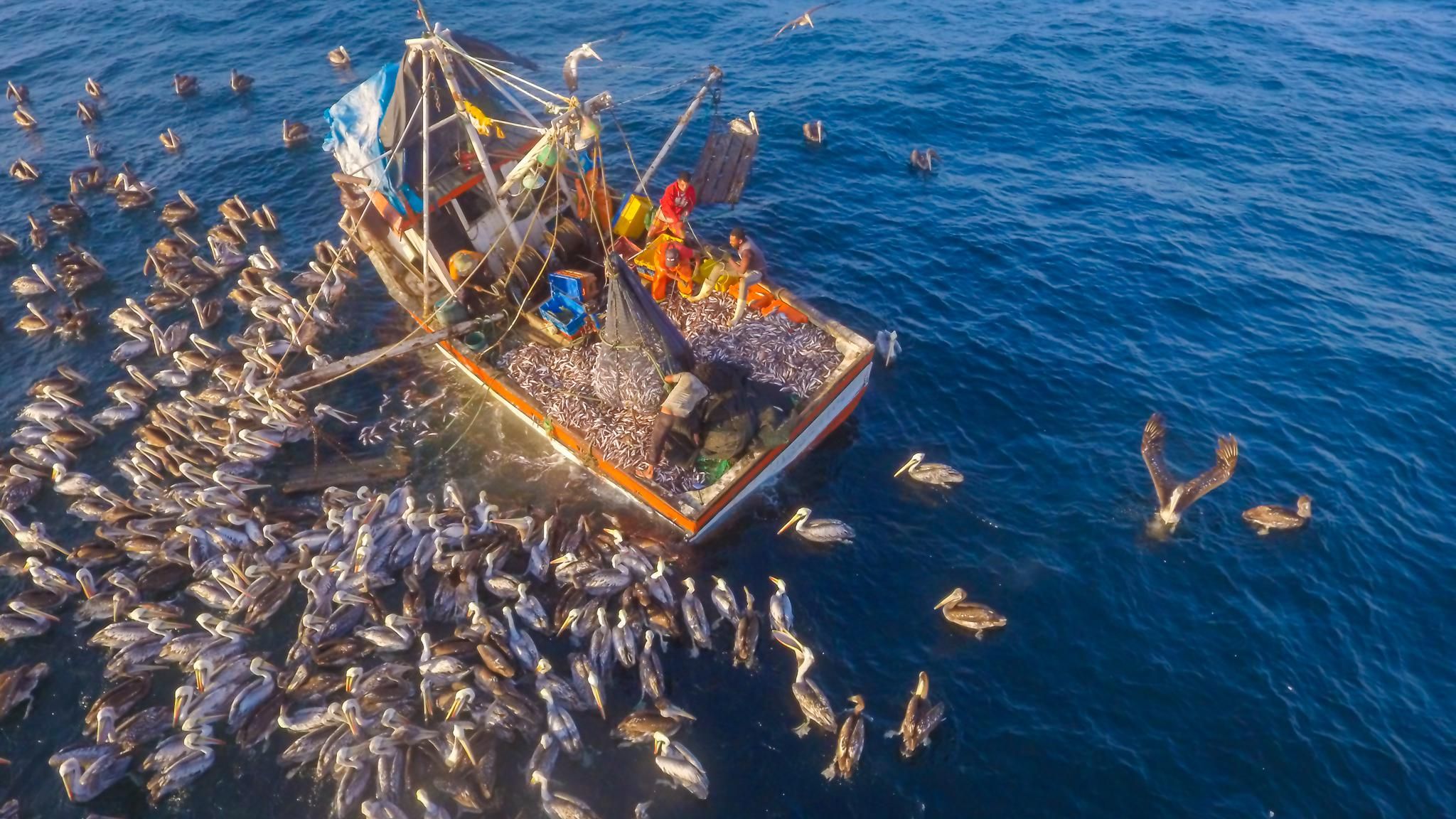 Peru’s rich waters are home to an abundance of marine life, including more than 30 species of whales and dolphins, over 60 species of sharks, and the largest anchovy population in the world, a Sea Shepherd representative told EcoWatch. Additionally, a number of the shark species found in Peruvian waters are at risk of extinction. IUU fishing efforts likely result in bycatch and/or illegal take, which can have detrimental effects upon fragile marine populations.

IUU fishing also threatens the economic well-being of many coastal communities, the long-term food security of the planet and the human rights of those forced to catch this seafood. The United Nations has linked IUU fishing to a variety of other fisheries and human rights abuses.

Prior to the arrests, three different local boats were observed by the Ocean Warrior fishing illegally within a 2 nautical mile inshore exclusion zone off the coast of Lobos de Tierra and using spearfish guns to poach octopus. Photographic evidence obtained by the Sea Shepherd ship drone is being used by environmental prosecutors to build criminal cases.

“Illegal fishing is only possible because the oceans are often out of sight and out of mind for law enforcement authorities,” said Peter Hammarstedt, director of campaigns for Sea Shepherd. “This is why Sea Shepherd is proud to support the leadership of FEMA in this government initiative to get eyes on the water by bringing prosecutors to the scene of the crime where Peru’s unique marine wildlife is at the greatest risk.”

The success of this unique government-civilian partnership may provide the blueprint for future enforcement efforts at sea as more governments accept help.

“Ocean Warrior provides Peruvian environmental prosecutors with a platform to obtain data on the extent of illegal fishing activity in the waters of Peru, extending the long arm of the law to the sea [and] highlighting why it is imperative for FEMA to have its specialized prosecutors working at sea,” said Flor de María Vega Zapata, national coordinating superior prosecutor for FEMA. It also showed what is possible through innovative collaboration with civil society, like Sea Shepherd, the official said.