In this EcoWatch guide on solar panel costs in New York, you’ll learn:

This guide has helped thousands of New York homeowners go solar by providing the latest info on local pricing and installation savings opportunities. Let’s get started!

New York is among the states with the highest electricity rates, but this also means you can achieve major yearly savings on your energy bill by going solar. If you want to jump straight to getting a quote for an installation, you can follow the links below to speak with a verified professional.

How Much Do Solar Panels Cost in New York State?

Although solar panel costs in New York are above the U.S. average, the corresponding savings are also increased due to the high electricity prices.

The Energy Information Administration reports an average electricity cost of 20.46 cents/kWh for residential consumers in New York, 44% above the national average of 14.19 cents/kWh. This is bad news if you get all your electricity from the grid, but great news for those looking to switch to solar power. Since electricity is expensive, the cost savings when generating your own power is also higher.

When installing a 5-kW home solar system in New York, you can expect a cost of $10,927 after the 26% federal solar tax credit is applied. New York also offers a 25% state tax credit that reduces the net cost to $8,048. In the following table we have summarized the typical prices of some popular system sizes before and after the federal incentive:

These average solar costs are useful as reference, but keep in mind prices vary depending on roof conditions and the specific solar brands used in your project. You can also cut installation costs if you qualify for other incentives beyond the 26% federal tax credit.

Related Article: How Much Do Solar Panels Cost in New York City (NYC)? 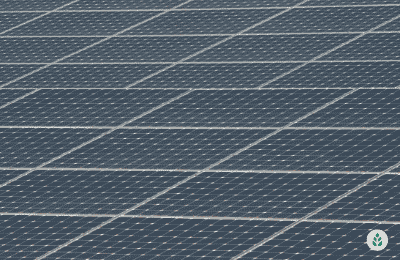 What Determines the Cost of Solar Panels in New York?

We have provided the average cost of going solar in New York, considering several system sizes that are most common. However, an accurate quote is only possible with a professional assessment of your specific roof conditions and electricity bills. In general, homes with higher energy consumption need larger systems, which come with an increased price tag.

Aside from energy consumption habits, some key factors that determine solar costs include the equipment chosen, the solar installer hired and how the system is financed. Also, keep in mind that a basic installation with only solar panels is more affordable than a larger system with panels and a solar battery.

Solar panels tend to look similar from brand to brand, but their costs vary depending on the features offered. In general, monocrystalline panels are the most efficient solar panels, but this comes at a higher price. On the other hand, polycrystalline panels are more affordable, but they generate less electricity per square foot covered. You can identify the type of solar panel by its color: mono solar cells are black, while poly solar cells are blue.

Photovoltaic panels are the most visible part of a home solar system, but other components are necessary to connect them with your home appliances. For example, the inverter converts the direct current (DC) power generated by solar panels into the alternating current (AC) power needed by your home’s appliances, and the inverter brand chosen also affects the final price. The same can be said of other components such as the racking system and electrical protections.

There are also optional features for solar power systems, which increase the final price if you include them. For example, if you want a battery system to store solar electricity for use at night, it can add more than $10,000 to your total investment.

Watch Below: See how solar panels can be installed on flat roofs in Brooklyn

The cost of a solar panel system also depends on how you decide to pay for it. The three most common options are paying in cash, getting a solar loan, and signing a solar lease or power purchase agreement (PPA).

When deciding how to pay for your solar power system, keep in mind that all incentives go to the legal owner. The system belongs directly to you when paying in cash or using a loan, but it belongs to the provider when signing a lease or PPA, so you won’t be able to claim any tax credits or rebates if you go this route. 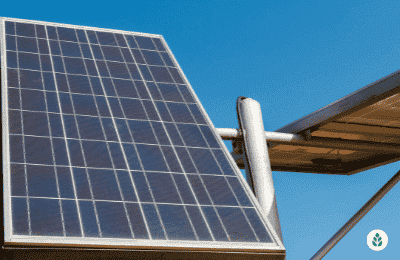 Other than equipment and financing costs, the installed price of a solar power system also includes skilled labor. As a result, the price depends on the solar company hired for the job. To ensure professional workmanship, you should look for an installer that has technicians certified by the North American Board of Certified Energy Practitioners (NABCEP). Most of the best solar companies will fit this bill.

We also recommend comparing several solar quotes instead of signing a contract with the first company you contact. You may find lower prices, higher-quality solar equipment, a longer warranty or other benefits. Also, keep in mind that choosing a local installer rather than a national brand can provide technical support more easily if you need it in the future.

How Can New Yorkers Save Money When Going Solar?

New York offers several rebates and tax incentive programs for solar power systems, and many owners can achieve a solar payback period under five years as a result. We have another article with a detailed explanation of solar incentives in New York, but you can check the following table for a quick summary:

Below are a few questions EcoWatch readers regularly send in about the cost of solar panels in New York. If you have specific questions that aren’t answered here, reach out to our team of solar experts at solar@ecowatch.com.

You can expect to pay around $2.95 per watt for solar panels in New York, which translates to $14,767 for a 5-kW system. However, the federal and state tax credits will give you a large chunk of this amount back in less than a year, reducing the net cost to only $8,048.

Based only on square footage, the ideal capacity of a home solar system cannot be estimated accurately. To provide an accurate quote, solar installers need to check your monthly power bills and roof conditions.