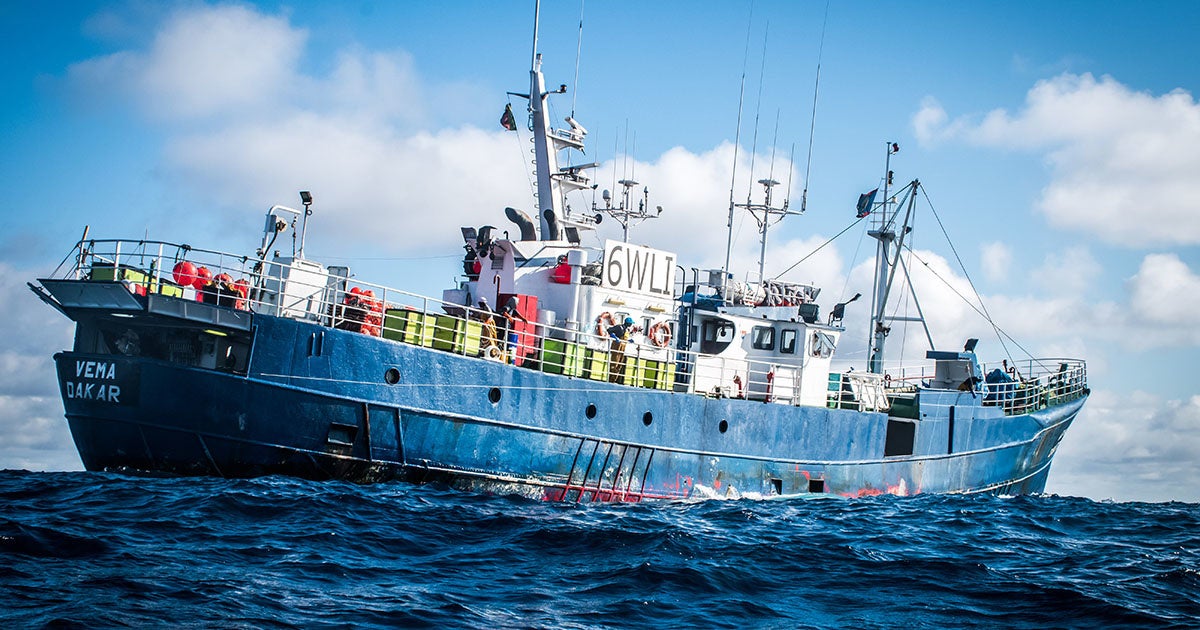 Although the long-liner was licensed to fish for “tuna and similar species,” inspections carried out by São Toméan authorities working on board the Sea Shepherd vessel Bob Barker revealed their fish holds were solely filled with sharks, predominantly blue sharks that are classified as “near-threatened” by the International Union for Conservation of Nature (IUCN).

Fishing line tracers (or snoods), which are the monofilament segments that support the fishing hooks, were reinforced with steel wire, thereby underlining the suspicion that the targeted species of the Vema was mainly sharks, not tuna. Steel snoods are used to prevent sharks from biting through the fishing line to escape.

Fish on board were also found gutted and processed, which is a violation of São Toméan fisheries regulations when advance approval has not been sought, which the Vema did not obtain.

Approximately two tons of sharks—including shark fins severed from their corresponding torsos—were discovered by inspectors, a fraction of what would have been uncovered had the Vema not recently returned to São Toméan waters from Walvis Bay, Namibia, a port commonly used for offloading shark fins. 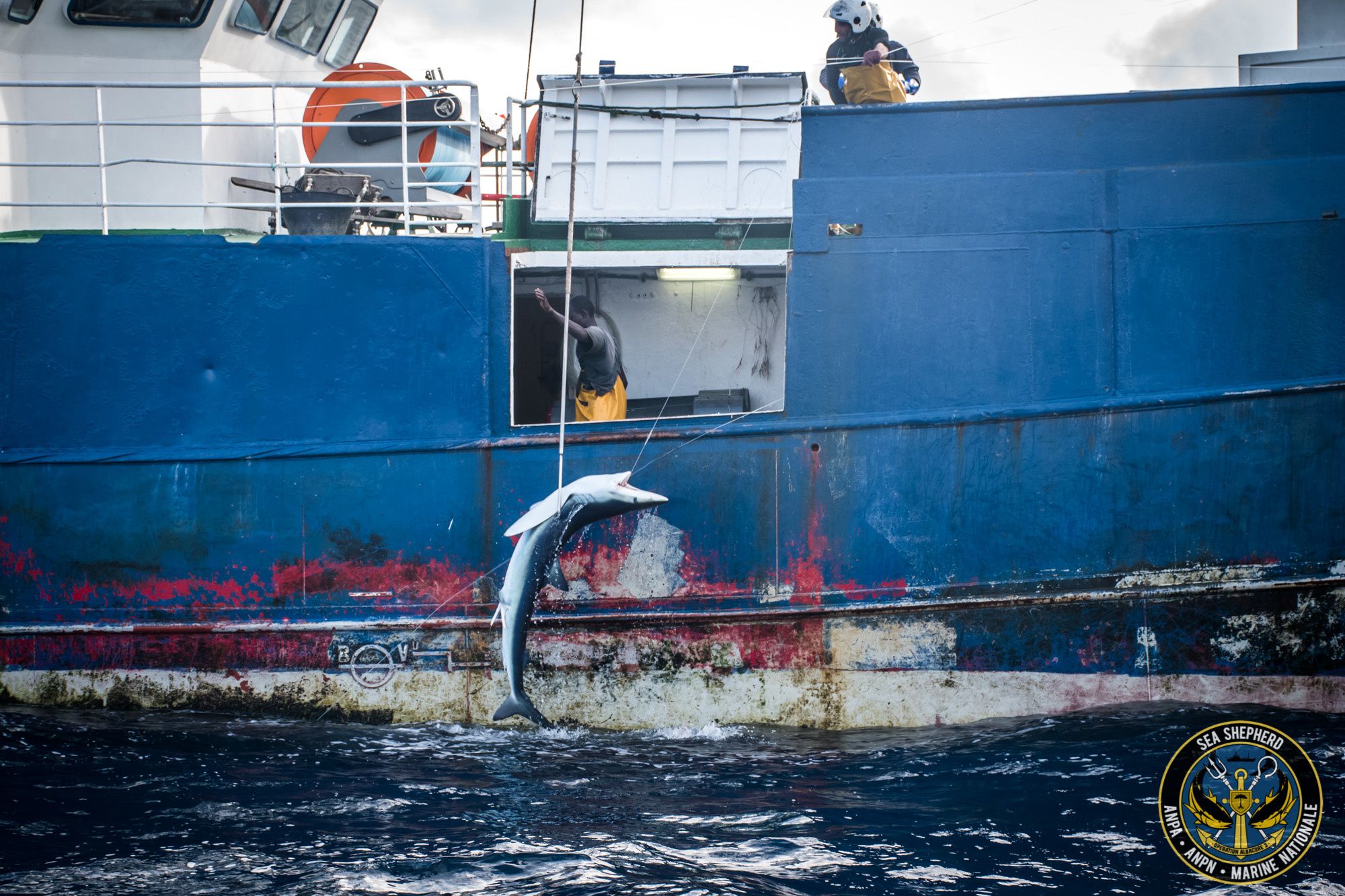 The arrest of the Vema is the fourth shark-finning bust carried out over the past two years, three of which were the direct result of joint operations between São Tomé and Príncipe and Gabon, with assistance by Sea Shepherd ships and crew.

In August 2016, São Toméan authorities, again operating on board Sea Shepherd’s Bob Barker, arrested a Spanish long-line fishing vessel, the Alemar Primero. On board the Alemar Primero were 87 tons of sharks and shark fins. The EU Directorate-General of Maritime Affairs and Fisheries (DG Mare) decided not to pursue charges of violating the European Union Finning Ban, despite complaints lodged by the São Toméan fisheries department.

In October 2017, the São Toméan fisheries department issued a Notice of Violation of Fisheries Rules to another Spanish ship owner, as well as a request to the European Commission to investigate an additional violation of the European Union Finning Ban, this time by a Spanish long-line fishing vessel, the Baz.

On Sept. 12th, 2018, one week prior to the arrival of the Bob Barker in the waters of São Tomé and Príncipe, the Taiwanese-flagged Shang Fu was arrested by São Toméan Coast Guard with assistance from the Portuguese Navy.
Shark species are particularly vulnerable to overfishing because they’re slow to grow, late to mature and breed small numbers of offspring.

São Toméan fisheries regulations that prohibit processing of sharks at-sea and the European Union Finning Ban are existing conservation measures that ensure shark bodies are not discarded at sea to make room for the more valuable shark fins, therefore allowing far more sharks to be killed. Sharks are being killed in increasingly large numbers to meet a demand for fins to make shark fin soup.

Sea Shepherd works with authorities in African coastal states in unique joint patrols that allow shark finning operations to be uncovered through critical boardings and inspections at sea.

“Given how sensitive shark species are to overfishing, coupled with the fact that 15 percent of shark species in the Atlantic are now endangered, it is alarming that industrial fishing vessels, many from Europe, continue to massacre sharks under the guise of tuna licenses,” said Sea Shepherd director of campaigns Peter Hammarstedt. “These trojan horse fishing licenses deliberately mislead African coastal states as fishing vessels [and] slaughter sharks with reckless abandon. Sea Shepherd applauds the São Toméan authorities for working together with Gabon and Sea Shepherd to bring African marine wildlife poachers to justice.”