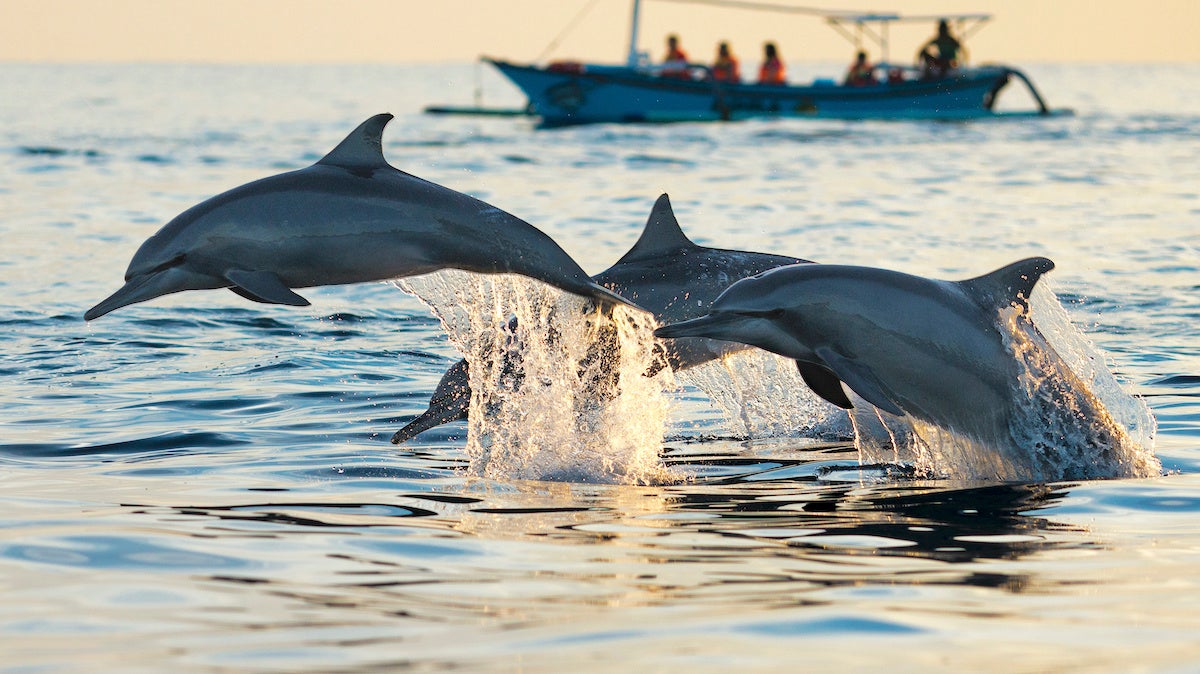 Fishing operations in the Indian Ocean have decimated dolphin populations over the last 70 years, according to a new study published in the journal Endangered Species Research.

The fishing operations that have had dolphins swept up as bycatch have meant that nearly 4 million dolphins have died since 1950 and the population of dolphins in the Indian Ocean has declined by nearly 80 percent, as The Guardian reported.

Those numbers just represent the dolphins killed directly as bycatch of drifting nets that trail behind large fishing boats and do not represent the number of dolphins, porpoises or whales killed by floating ghost nets, harpoons, other types of tuna fishing or animals that are injured and succumb to their wounds later. That means the actual number of dolphins killed from commercial fishing may actually be much higher, according to the study.

Looking at driftnets, which account for just over one-third of Indian Ocean commercial fisheries, the researchers were able to calculate that the number of dolphins, porpoises, and whales killed directly each year as bycatch peaked at around 100,000 from 2004 to 2006. That number has come down slightly and is now around 85,000 cetaceans annually, according to the study.

Unfortunately, the authors do not believe the decline in bycatch is the result of improved practices, which are essentially unregulated. Instead, they believe it reflects the declining dolphin population, according to The Guardian.

The study’s lead author, Charles Anderson of the Manta Marine organization in the Maldives, estimated that the dolphin numbers had probably dropped to only 13 percent their pre-1980 levels, which is when large-scale tuna fishing in the Indian Ocean began, as The Guardian reported.

“Declining cetacean bycatch rates suggest that such levels of mortality are not sustainable,” the study says. “Indeed, mean small cetacean abundance may currently be 13 percent of pre-fishery levels. None of these estimates are precise, but they do demonstrate the likely order of magnitude of the issue.”

There are many limitations in obtaining the exact number of mammal deaths due to bycatch, one of the study’s author’s told The Guardian, especially considering that most dolphins caught up in driftnets were not registered and were likely tossed over the side of the boat. These types of nets also snare turtles, whales and sharks.

The researcher, Puti Liza Mustika, from James Cook University’s College of Business, Law and Governance, clarified that most of the bycatch was dolphins and that there was some reliable data from observers on boats and from previous studies. However, as a researcher, some clearer numbers would be helpful.

“That bycatch number is alarming, but there are a lot of uncertainties because the datasets are insufficient,” Mustika told The Guardian.

Adding to an element of uncertainty is that Iran and Indonesia, the countries that run the two largest tuna operations in the Indian Ocean, have no system of reporting cetacean bycatch. Consequently, Iran’s average annual bycatch of 214,262 tons of tuna likely kills more than 30,000 dolphins, porpoises and whales every year, according to the study, as The Guardian reported.

“It’s a painful death. Dolphins are clever, but because the net is very thin in the water, the dolphins’ sonar misses them,” said Mustika to The Guardian. She added that the impetus to solve the problem is on scientists and tech companies. “The solution has to be technology, as well as using fishing gears that are more sustainable. But banning these fishers is not a solution for developing countries.”

The study concluded that oversight is needed, saying its findings showed “the need for much improved monitoring, mitigation and management.”