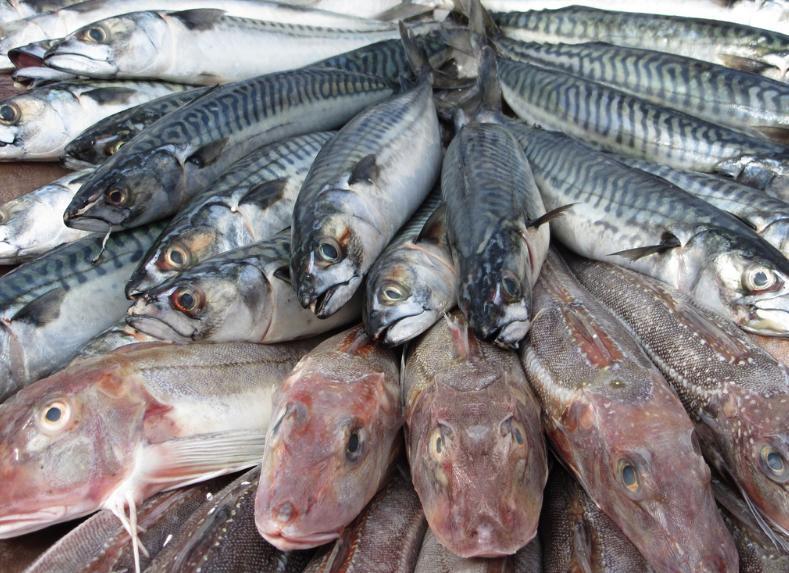 If we keep pulling fish out of our waterways at this rate, we’re going to run out of fish. The Guardian has revealed that due to vast overfishing, nearly 90 percent of global fish stocks are either fully fished or overfished, based on a new analysis from the United Nations Food and Agriculture Organization (FAO). Meanwhile, the Organization for Economic Co-operation and Development forecasts a 17 percent rise in fish production by 2025.

The FAO report,The State of World Fisheries and Aquaculture 2016, demonstrates that global fish consumption per capita has reached record-high levels due to aquaculture and firm demand, with the average person now eating roughly 44 pounds of fish per year compared to only 22 pounds in the 1960s.

Additionally, the report found that people are now consuming more farmed fish than wild-caught fish for the first time. Despite this, UN agency warns that fish from natural marine resources are still being overharvested at biologically unsustainable levels. Global marine fish stocks have not improved overall despite notable progress in some areas, the report said.

For instance, in the Mediterranean and Black Sea, 59 percent of assessed stocks are fished at biologically unsustainable levels, a situation that the report’s authors described as “alarming.” Not only that, the possible expansion of invasive fish species associated to climate change is a concern in the Eastern Mediterranean.

In fact, as EcoWatch reported, a number of worrying factors are threatening the long term sustainability of the ocean’s resources in addition to overfishing. The report, Valuing the Ocean from Stockholm Environment Institute, examined the various challenges that threaten the health and stability of our ocean, including acidification, warming, hypoxia, sea level rise, pollution and the overuse of marine resources.

Oceana, an international ocean conservation and advocacy organization, “regrets” the new FAO study. The group pointed out from the report that overfished and fully-fished stocks are at 89.5 percent in 2016 compared to around 62-68 percent in 2000.

“We now have a fifth more of global fish stocks at worrying levels than we did in 2000. The global environmental impact of overfishing is incalculable and the knock-on impact for coastal economies is simply too great for this to be swept under the rug any more,” Lasse Gustavsson, executive director of Oceana in Europe, said.

The Guardian noted that aquaculture, which is poised to overtake wild-caught fish as the source of most fish consumption in 2021, is a major industry that benefits trade, employment and diets in the developing world.

According to the FAO report, fish provided 6.7 percent of all protein consumed by humans around the world and offers a rich source of long-chain omega-3 fatty acids, vitamins, calcium, zinc and iron. Some 57 million people were engaged in the primary fish production sectors, a third of them in aquaculture.

“There is an absolute limit to what we can extract from the sea and it is possibly very close to current production levels, which have stabilized over last few years,” Manuel Barange, the UN FAO’s fisheries director, told the publication. “They have grown a little in recent years but we don’t expect much more growth because of the rampant increase in aquaculture production.”

“My personal view is that it is quite momentous to have reached this level of production,” Barange added. “In the struggle to make sure we have enough food to feed more than 9 billion people in 2050, any source of nutrients and micronutrients is welcome.”

Barange also told BBC News that fisheries have a much smaller footprint than other main sources of animal protein.

Oceana, however, said that aquaculture is not the solution to meet the increasing global demand for fish; we must address the unsustainable exploitation of wild fish first.

“The figures speak for themselves. Overfishing will knock wild, everyday fish from our dining tables replacing it with aquaculture and other seafood. Only through sustainable fisheries management and by ending overfishing will we really able to increase fish in our oceans and ensure seafood can be put on a plate for millions of people,” Gustavsson explained.