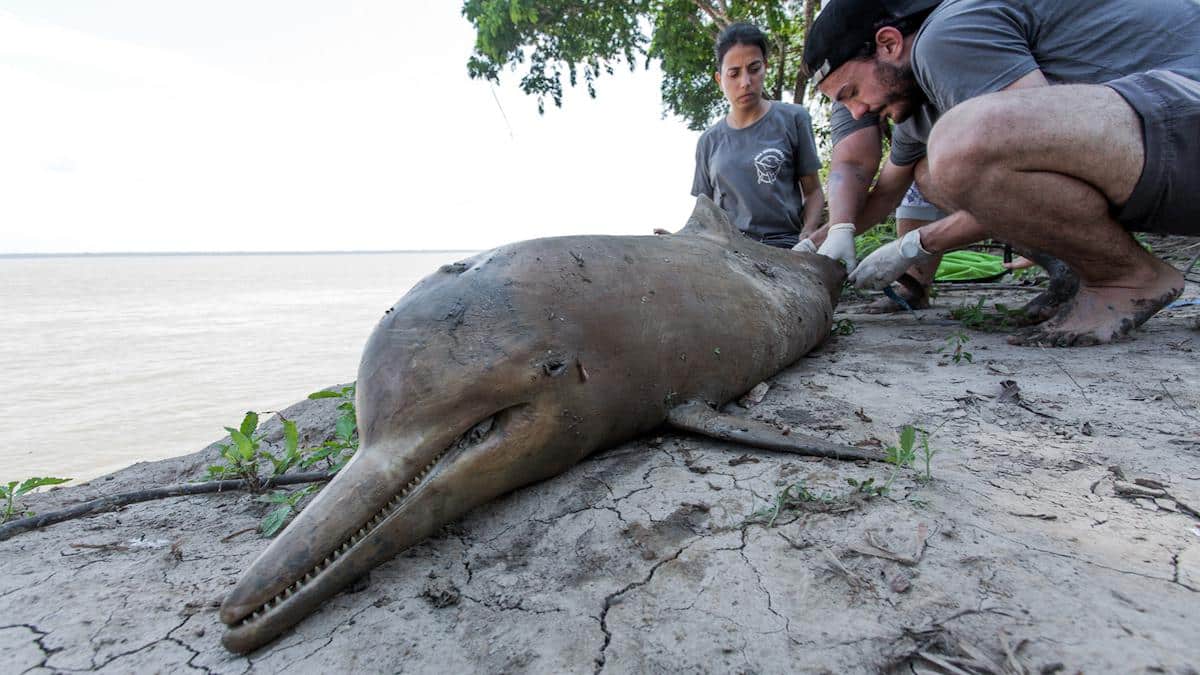 Sea Shepherd recently completed the first scientific expedition of a research campaign focused on the conservation of two species of endangered Amazonian river dolphins. To their surprise, during the 19-day expedition, they found three dead cetaceans, one with net marks and a possible harpoon injury and another with a possible harpoon mark.

All three individuals appeared rather healthy with no detectable natural cause of death, said Nathalie Gil, the expedition leader and CEO of Sea Shepherd Brazil. Despite being protected under Brazilian law for decades already, dolphins do die when entangled in fishing nets. Fishermen are supposed to free the endangered species “immediately,” but, often, when dolphins become agitated, fishermen will harpoon them to prevent them from ripping their nets off, Gil explained. 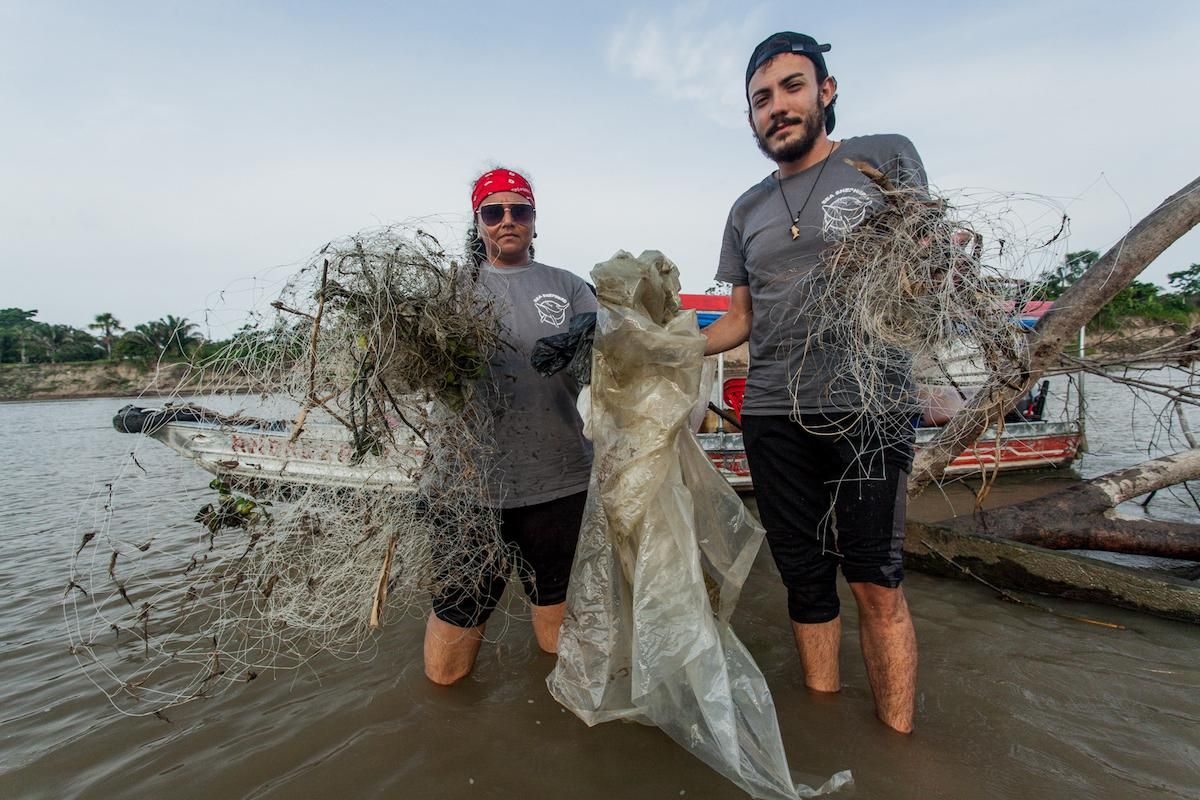 “Some of them [don’t] know it was a dolphin, but some of them kill them even being aware of it,” she told EcoWatch.

Sea Shepherd launched the research campaign in partnership with INPA, Brazil’s National Institute for Research in the Amazon, to study the tucuxi river dolphin (Sotalia fluviatilis) and the Amazon river dolphin (Inia geoffrensis). The latter is also known as the pink dolphin due to its distinctive coloring. Both freshwater species are classified as endangered on the IUCN Red List of Threatened Species and therefore protected against fishing and killing. Despite this, recent research by INPA found that their populations are declining by 50% every 9-10 years.

The INPA findings suggest that both species may be more threatened than previously believed, and this latest study hopes to provide critical evidence regarding the actual health of both endemic species of river dolphin in the Amazon basin.

According to Sea Shepherd, the main threats to Amazonian river dolphins include entanglement in fishing nets, populations getting divided by newly-built dams and conflicts with fishermen. For years, the dolphins were seen as “competitors” for fish and killed, explained Gil.

More recently, within the last few decades, the dolphins have been killed to be used as bait to catch Piracatinga (Calophysus macropterus), a type of catfish. Fishing for that scavenger fish has been illegal in the Amazon since 2015, but an “attractive” market in Columbia and Brazil drive the killing of dolphins as bait. This practice appears to have “significantly” decreased the populations of both species of river dolphin, Gil said.

Now, Sea Shepherd is trying to reverse this trend.

“It takes years of specialists pointing to the risk of species to go extinct for people to act,” Gil told EcoWatch. She cited the unfortunate history of the vaquita (Phocoena sinus) in Mexico, of which only 10 individuals are believed to remain, and the Baiji dolphin (Lipotes vexillifer) in China, which went extinct. “Sea Shepherd must act now,” she added. “We can’t take the same risk again… Our objective is to commit to the conservation of these species with them for the long run.”

INPA has been studying both the Amazonian pink river dolphin and the tucuxi dolphin for 25 years. The new campaign will complement these studies by providing more depth and data on species population health, Gil added.

The research will be the first long-term study done consistently at several points of the river, the expedition leader said. Calling it “groundbreaking,” she noted that the complete campaign, which includes five more expeditions over the next three years, will make it possible to have a better assessment of the true conservation status of these species. 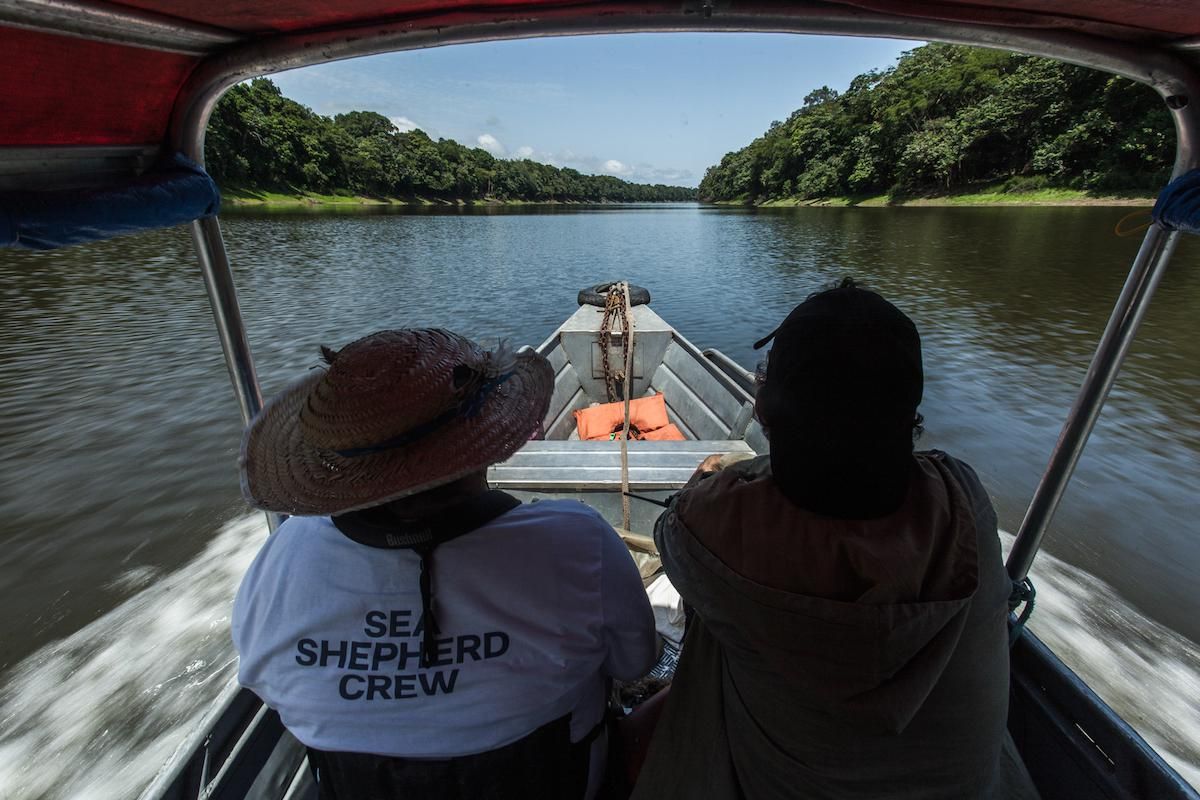 “We urgently need to obtain more in-depth data on the population decline of these cetaceans in order to ensure that laws such as the piracatinga fishing moratorium, which is planned to end in July next year, continues to protect these species, as well as to improve law enforcement in the region,” Gil explained.

Currently, all five known species of river dolphins in the world are at risk of extinction. For the two Amazonian dolphins, their slow reproduction rate means they can’t recover their population fast. Gil estimated that, at current rates of decline, these species have only a few decades left before extinction.

For Sea Shepherd, the net and harpoon wounds on the three dead tucuxis found on this expedition are proof that the dolphins of the region still face many challenges, many of which involve humans. Research indicates that such encounters should be very rare, so the frequency of the sightings on one expedition indicates that such happenings are more common than previously thought.

“In order for us to prove it, we must show [that] this is a phenomenon [that] is happening with the same proportion across many points of their habitat,” she said. “This is why this longitudinal and wide research is so important for the conservation of these species.” 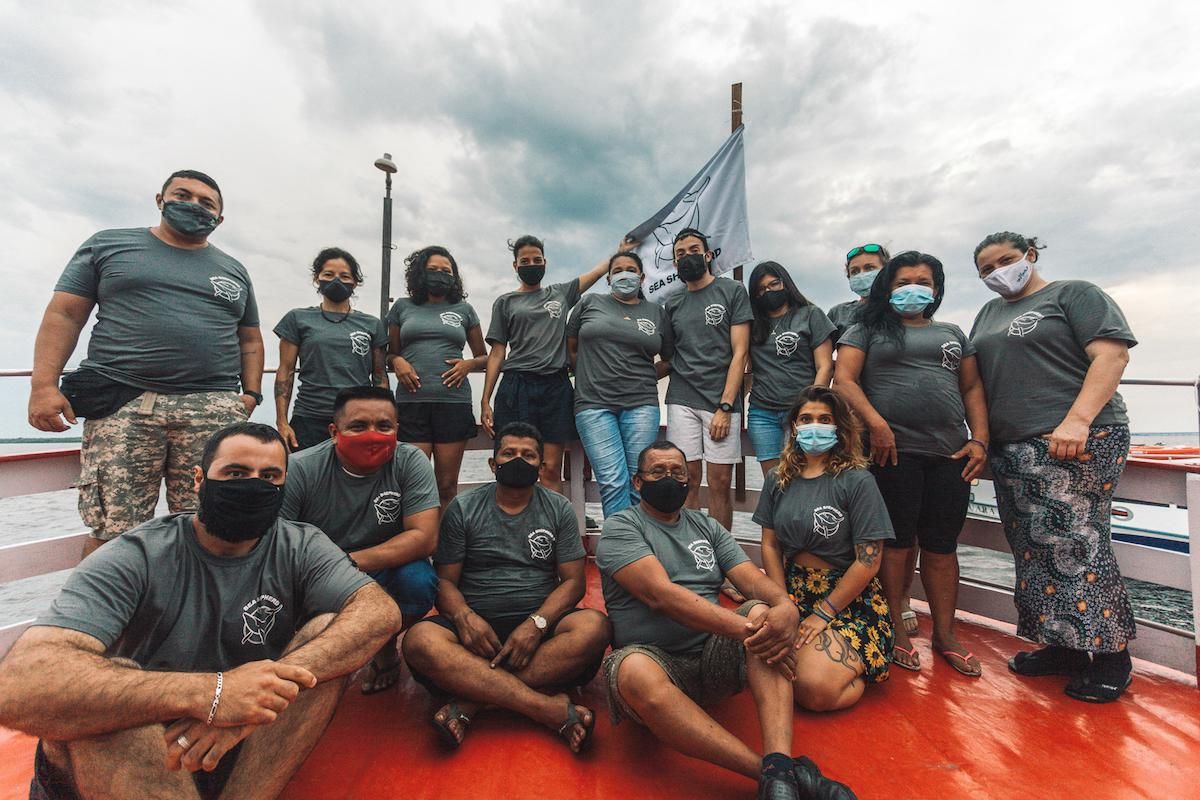