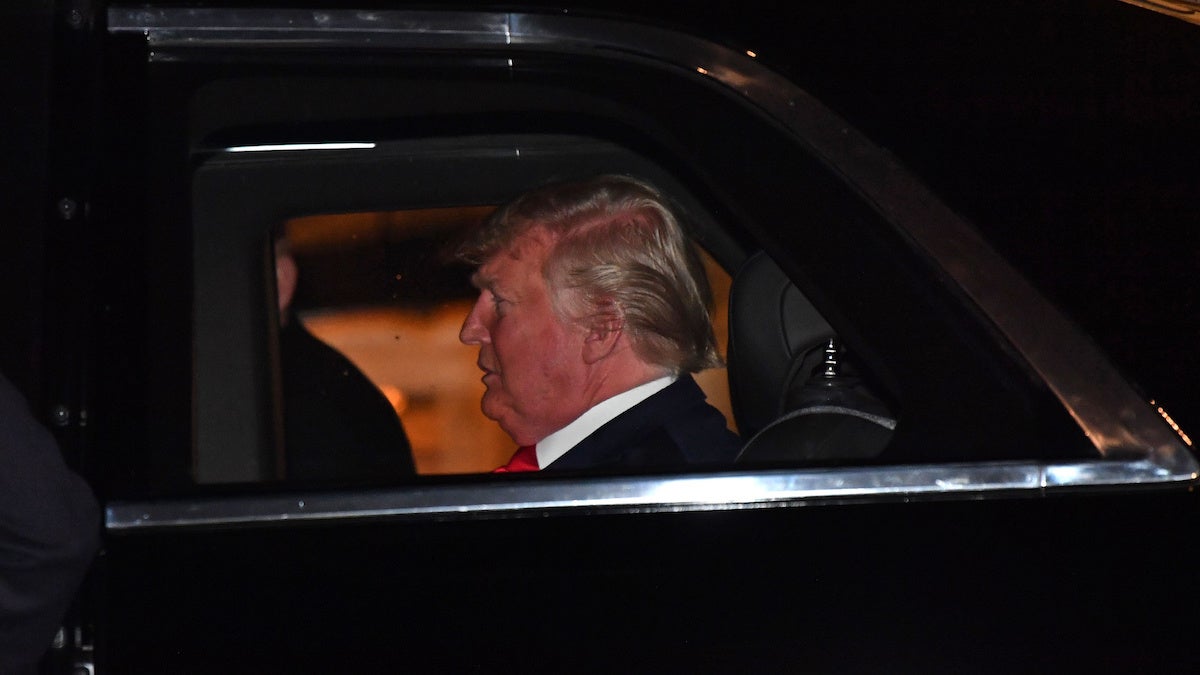 Trump departs the White House for the U.S. Capitol to deliver the State of the Union address in Washington, DC, on Feb. 4, 2020. NICHOLAS KAMM / AFP via Getty Images

As President Donald Trump prepared to give his third State of the Union Address Tuesday night, nine conservation groups considered the state of the nation’s environment.

“Donald Trump has been the worst president for our environment in history,” the groups wrote in a statement released Tuesday.

No matter what we hear during #SOTU tonight, one thing is clear: this administration is the worst for our environment in history. https://t.co/QwmQ8oEBLw

The statement was written by Alaska Wilderness League Action, Clean Water Action, Defenders of Wildlife, Earthjustice, EDF Action, Friends of the Earth, League of Conservation Voters, Sierra Club and The Wilderness Society. The groups said they decided to release the statement out of concern the president would try to “greenwash” his record during his speech.

“Donald Trump’s administration has unleashed an unprecedented assault on our environment and the health of our communities. His policies threaten our climate, air, water, public lands, wildlife, and oceans; no amount of his greenwashing can change the simple fact: Donald Trump has been the worst president for our environment in history. Unfortunately, our children will pay the costs of this president’s recklessness. Our organizations have repeatedly fought back against these attacks and we will continue to fight to ensure that our kids don’t bear the brunt of the Trump administration’s anti-environmental agenda.”

As of Dec. 21 of 2019, the Trump administration had attempted to roll back more than 90 environmental rules and regulations, The New York Times reported. Those included:

In his speech to a joint session of Congress Tuesday, which came a day before the Senate is set to vote on whether or not to remove him from office following an impeachment trial, Trump talked up his deregulatory efforts as a boon to the U.S. economy.

“Thanks to our bold regulatory reduction campaign, the United States has become the No. 1 producer of oil and natural gas anywhere in the world, by far,” he said, according to a transcript published by The New York Times.

However, The New York Times pointed out in a separate fact-check that the U.S. became the world’s leading oil producer in 2013 and its leading gas producer in 2009, making it impossible to credit Trump’s rollbacks.

Trump’s only other mention of environmental policy came when he spoke of his decision to join the One Trillion Trees Initiative, a plan launched by the World Economic Forum to plant, conserve and restore one trillion trees.

The plan is intended to help fight the climate crisis and restore biodiversity. Capturing carbon in forests, grasslands and wetlands can achieve as much as one third of the emissions reductions needed to meet Paris agreement goals by 2030, the initiative pointed out, but such so-called “natural solutions” need to go along with reducing emissions in the energy, heavy industry and finance sectors.

Trump called the initiative “an ambitious effort to bring together government and private sector to plant new trees in America and all around the world,” but did not mention the climate crisis.

However, The New York Times pointed out that the U.S. emitted 5.8 billion tons of greenhouse gasses in 2019. To plant enough trees to draw all of that down out of the atmosphere would require an area of land about four times the size of California.

Correction: An earlier version of this article referred to a New York Times article listing Trump’s environmental deregulations as being dated Dec. 20. It has been corrected to reflect the fact that the article was last updated Dec. 21.