'Tuna the Wonderfish' Not So Wonderful after All 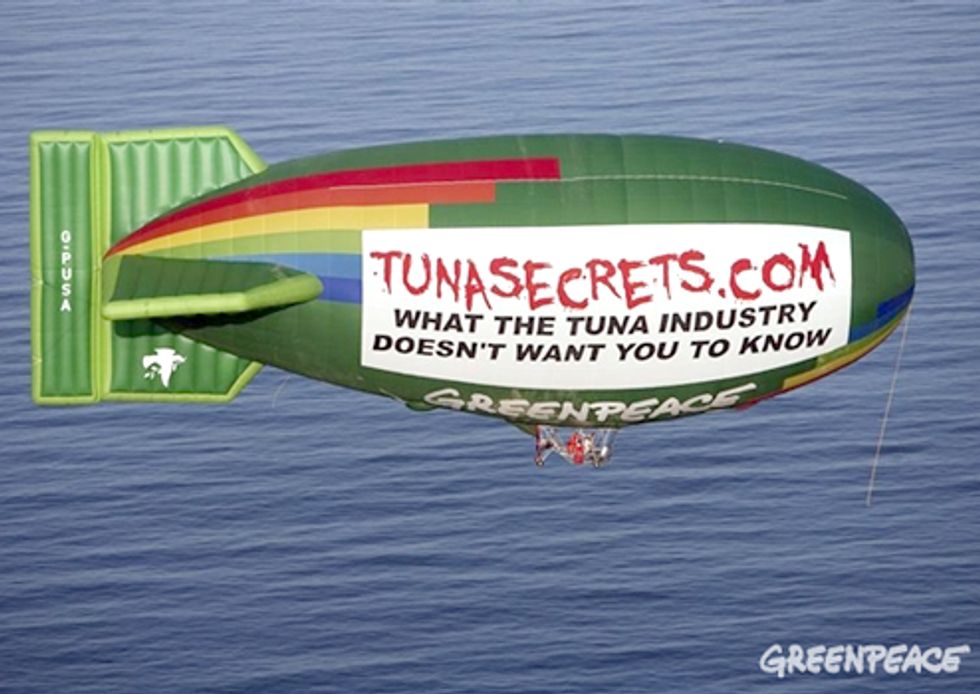 In March, just a year after the launch of a planned three-year, multi-million dollar advertising push to try and increase sales of unsustainable canned tuna in the U.S., the “Tuna the Wonderfish” advertising campaign—funded by U.S. tuna companies and executed by the U.S. industry lobby group National Fisheries Institute (NFI)—has collapsed, having already spent a staggering $20 million dollars (15 million euros) of a planned $60 million budget.

Industry sources are reported to have radically scaled back the planned work as it has failed to increase sales as expected. The $20 million dollars has already been spent on expensive television, newspaper and magazine advertisements.

The advertising campaign exposes the huge contradiction at the heart of some of the tuna industry’s biggest players, who like to talk about sustainability but instead of delivering change spend huge amounts of money advertising products that are caught using destructive and wasteful fishing methods.

Greenpeace is running an international campaign to encourage major tuna brands and retailers to sell sustainable tuna and to phase out the use of highly destructive Fish Aggregating Devices (FADs) used in purse seine fisheries. In the U.S., Greenpeace is working to change leading brand Chicken of the Sea because they continue to sell tuna caught in purse seine FAD fisheries and poorly regulated longline fisheries, both of which waste an array of marine life other than tuna including endangered sharks and turtles. Chicken of the Sea is one of the main sponsors of the failed advertising campaign.

Scrap the ads, invest in sustainability

Why doesn’t the U.S. tuna industry instead spend money improving its fishing operations and supporting responsible fisheries? Putting proper sustainability measures in place makes good business sense for the long term because it means safeguarding future supplies, in contrast to the NFI’s bad advice of spending money to drive up short-term profits.

$20 million dollars has already been wasted, but $40 million dollars of the originally earmarked budget remains. If the industry is serious about its environmental credentials, it should put its money where its mouth is and spend the money to change its fishing practices to make them less harmful to our oceans. In March, Italian tuna brand Mareblu became the latest tuna company to change its ways by committing to phase out destructive FADs. Momentum is growing to transform the tuna industry. Who will be next? The world needs tuna for tomorrow, not slick ads from companies that are lagging behind visionary competitors.

Earlier this year, leading U.S. retailer Safeway announced that its own-brand skipjack tuna will be 100 percent FAD-free by the end of 2012. The company joins leading brands Mareblu, Princes and John West and all of the major UK retailers who have also signed up to selling only pole and line or FAD-free purse seine caught tuna.

Change is possible, even for the big players. If the tuna industry continues to fish itself out of existence, there will be nothing left to advertise. These companies would be wise to invest their money in creating a sustainable industry.