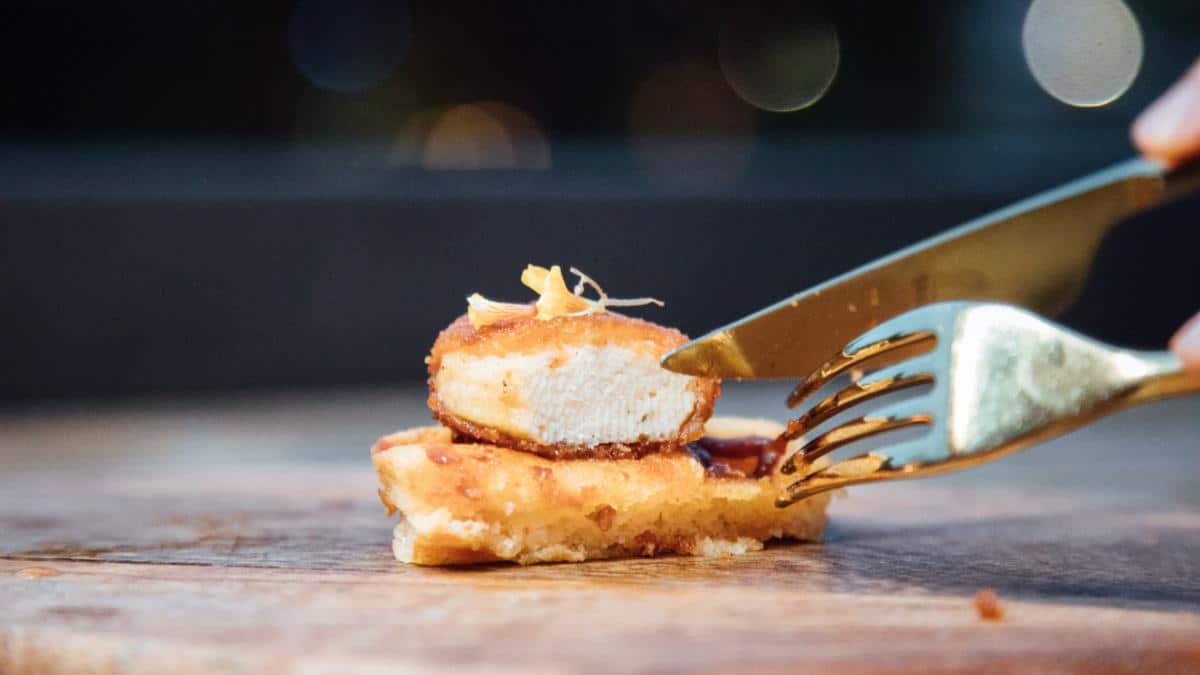 This cell-based industry is where scientists, environmentalists and food technology companies intersect to offer more sustainable ways to feed the world’s growing population. The high-tech food innovations take “the animal out of the meat” and create “seafood without the sea,” respectively coined by New Atlas and NPR. These products — real meat and seafood — are originally cultured from animal cells but made without the actual animal. Because of this, many of the personal and global concerns about safety, ethics and the environment can be avoided without sacrificing food preferences.

The Science Behind Cell-Based

In a nutshell, this is how cell-based food works: muscle stem cells are obtained from an actual animal, like chicken or fish, and cultivated in steel tanks with the same nutrients that living animals consume. The goal is not to grow a full animal, so the end result doesn’t include the head, tail or heart, for example, while the original cell donor isn’t sacrificed. The harvested cells multiply and are shaped to form meat or fish that cooks, looks and tastes just like its real counterpart.

“The process is somewhat like culturing a beer. At the end of the process, you have chicken meat,” Eat Just CEO Josh Tetrick told Bloomberg.

BlueNalu’s President and CEO Lou Cooperhouse agreed, telling EcoWatch, “We aren’t making a living being, it’s just a fish fillet. It’s live tissue until we freeze it. Then it’s no longer live; it’s the product you might have and consume every day.”

But how does it really taste? Identical to what consumers are used to, both companies told EcoWatch.

Cooperhouse described how his company mimics the “mouth feel” of conventional fish by recreating the same proportions of muscle, fat and connective tissue in their cell-based fillets. The company uses starter cells to grow all three types of tissue and then combines them to create the same exact product that consumers are used to eating.

“We’re creating identical mahi-mahi to conventional mahi-mahi, from a sensory perspective and a functional perspective,” Cooperhouse told EcoWatch. “When you cook it, it smells like fish. You can fry it, bake it, saute it. It caramelizes. It has all the same characteristics as fish, because it is fish. We just made it out of the body. We made it in steel tanks.”

Andrew Noyes, head of global communications for Eat Just, similarly said that their chicken product “cooks, looks and tastes like chicken,” including the flavor profile and texture, “because it is chicken.”

The Many Advantages of Cultured Foods

“We want consumers to know our fillets are different in these ways,” Cooperhouse added. “They’re not wild, not farmed.” On a company blog, Cooperhouse said that BlueNalu’s products are a third alternative way to enjoy fish that is “as delicious and nutritious as their wild-caught or farm-raised counterparts… but without the mercury, microplastics or other pollutants that might be associated with conventional seafood.”

Tetrick also emphasized the safety advantage of cultured meat over conventional. “This way of making meat radically decreases the probability of zoonotic diseases through our food system,” he told Bloomberg, because it avoided pathogens like E. coli and salmonella, as well as sanitization concerns.

“Chicken is the world’s most consumed (and fastest growing) meat,” Noyes told EcoWatch. “Chickens also consume more feed collectively than other farmed animals. Today, more than one-third of the ice-free land on Earth and tens of millions of acres of rainforest teeming with our planet’s most diverse life forms have been replaced with fields of chicken feed.”

According to the Food and Agriculture Organization of the United Nations, 60 percent of the world’s fisheries are fully fished, or at maximum output capacity, and 33 percent are overfished. Additionally, in the last half-century, oceanic dead zones have quadrupled due to fishing and the climate crisis, reported Big Think. Fish farming, once thought to be a solution to declining wild fish populations, brings its own issues, including the loss of critical mangrove habitat and the proliferation of sea lice and other diseases from farms, which escape and kill wild fish, Seafood Watch reported.

Cell-based seafood won’t put pressure on these depleted stocks and fragile habitats and will also avoid bycatch, a serious threat to biodiversity when unintentionally fished creatures are injured or killed.

Meat production is also energy-intensive and generates vast amounts of methane and other greenhouse gases. Cell-based foods are more carbon efficient and climate-friendly than conventional meat and seafood because of production efficiency and a localized distribution plan.

“If you look at climate change, this way of making meat is 90 percent more carbon-efficient than the typical approach,” Tetrick told Bloomberg.

Finally, waste is reduced because these companies are only growing the animal parts to be consumed. Traditionally, cattle are inefficient, requiring five to 20 pounds of plant-based feed to create one pound of conventional beef, CNet reported. Scientific American estimated that one tissue sample from a cow could yield enough muscle tissue to make 80,000 quarter-pounders.

Cooperhouse estimated that a typical fish would produce a 60 percent yield after cutting off the head and tail and removing the skin and bones, whereas his fillets yield 100 percent.

“It’s a total paradigm shift from an environmental and sustainability perspective,” he told EcoWatch. “All that freight, oil, labor, dry ice, foam coolers — all goes away.”

The big question is whether or not the general public will eat the products, once available.

“If there’s an ick factor to cell-based fish, remember that most processed foods are already created in laboratories,” argued Big Think. “There are no Oreo trees or ketchup plants to harvest.”

A University of Queensland survey found that a majority of respondents would try the products, but less would eat them regularly or see them as conventional meat replacements, New Atlas reported. Respondents reported that taste would be a driving factor in favor of cell-based foods.

Cost is the other issue. For Eat Just, their products are competitively priced with premium chicken, although they foresee a pathway for a cheaper price within the next five years, Tetrick told Bloomberg. BlueNalu doesn’t yet have a price point for their inaugural mahi-mahi fillet, but are aggressively partnering with known brands and distributors to lower costs.

Singapore’s approval of Eat Just’s nugget is paving the way for other companies and nations to follow suit, The Guardian reported. Both Eat Just and BlueNalu are actively engaging regulators in the U.S. and other countries to bring their products online as quickly and safely as possible. Since the products are not genetically modified, “the approval will be about whether this is safe, clean, and are the manufacturing processes reliable and accountable,” Cooperhouse told NPR.

While not a substitute for all conventional food, if cell-based meats and seafood are scaled up and accepted, many hope to feed the world’s anticipated 9.5 billion people without stripping the planet bare and ruining the climate.

“The simplest way to think about it is it allows all of us to consume meat, the good part, the nutritional composition, the taste, and do away with the bad part, which is the killing, the environmental deforestation, the acceleration of zoonotic disease, and we can still have a fried chicken,” Tetrick told Bloomberg.