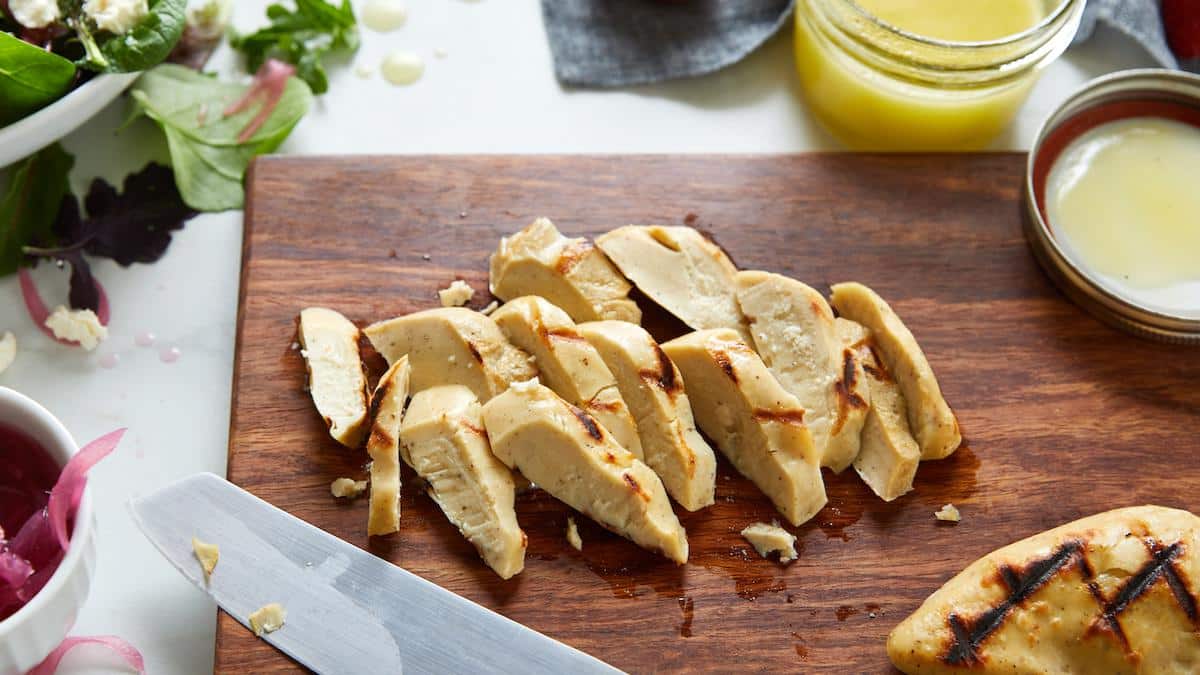 Eat Just, Inc. announced that its cultured chicken has been approved for sale in Singapore as an ingredient in chicken bites. The company has developed other cultured chicken formats as well. Eat Just

As concern mounts over the environmental impacts of animal agriculture, Singapore has issued the world’s first regulatory approval for lab-grown meat.

The Singapore Food Agency (SFA) has declared that the U.S.-based company Eat Just can sell its cultured “chicken bites” in the country, The Guardian reported Wednesday.

“I think the approval is one of the most significant milestones in the food industry in the last handful of decades,” Eat Just co-founder and CEO Josh Tetrick said in a statement reported by The Guardian. “It’s an open door and it’s up to us and other companies to take that opportunity. My hope is this leads to a world in the next handful of years where the majority of meat doesn’t require killing a single animal or tearing down a single tree.”

Giving up on meat consumption is one of the most important things an individual can do to fight the climate crisis and environmental destruction, studies have found. Companies have tried to tap into this growing ecological awareness by offering meat alternatives. Plant-based meat replacements like Beyond Meat and Impossible Foods are gaining traction, BBC News pointed out, and the market for meat alternatives could be worth about 10 percent of the global meat industry within the next decade.

However, some companies think that plant-based meat replacements will not be enough to wean meat-lovers off of steak and chicken, The Guardian pointed out. Instead, companies like Eat Just, Future Meat Technologies and the Bill Gates-backed Memphis Meats have worked to grow meat in labs, CNBC reported. They argue that their meat is also less cruel, healthier for consumers and better for the environment.

“We think that [the way] to really solve the meat problem — which is a health problem, a deforestation problem, a morality problem — is to make animal protein,” Tetrick told CNBC. 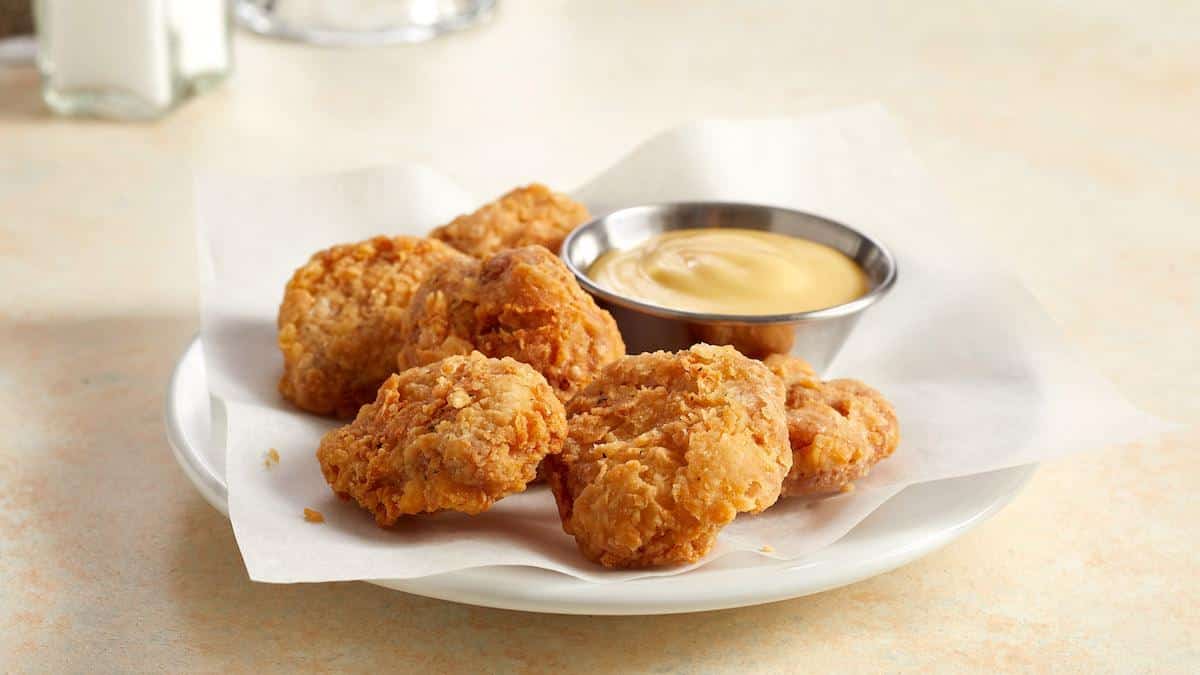 Eat Just’s cultured chicken has been approved for sale in Singapore as an ingredient in chicken bites. Eat Just

Eat Just worked to gain the approval of Singapore health regulators for about two years. To do so, they had to develop a consistent manufacturing process for their product and satisfy food safety standards for new foods.

“It was found to be safe for consumption at the intended levels of use, and was allowed to be sold in Singapore as an ingredient in Eat Just’s nuggets product,” the SFA ruled, as BBC News reported.

Eat Just’s meat is made by putting animal stem cells into a culture that feeds the cells, and then putting the growing cells in a bioreactor, CNBC explained. Tetrick said the process was similar to making beer.

The product already has health benefits compared to conventional meat. It has a high protein content and many amino acids, but it has no antibiotics and very low amounts of microbes like salmonella.

It is also largely cruelty free. The meat cells can be taken from live animals, and they are fed with plant-derived nutrients, The Guardian explained. The Singapore lab chicken did use a growth serum from foetal bovine blood, but a plant-based serum will be used for the next round of production.

Lab-grown meat also uses less land and water than conventional meat. However, the process does have some environmental disadvantages. It is high-energy, and, because it is currently being done at a small scale, requires a significant amount of greenhouse gas emissions. Once the process is scaled up, the energy costs will go down.

There are many challenges that must be overcome before cultured meat is widely available. Eat Just’s product will first be offered in just one restaurant in Singapore, Tetrick told CNBC.

“We’re going to start out with a single restaurant and then scale out to five, 10, 15 and then eventually into retail,” Tetrick told CNBC. “The infrastructure required to do it is primarily the bioreactors, so we’ll eventually be moving to 5,000, 10,000 and 20,000 liters.”

It is currently costly to produce cultured meat, and the product will be the price of premium chicken. However, costs have already decreased from per chicken nugget, according to BBC News. They are expected to continue to do so as production is scaled up, and Eat Just says its products will eventually be cheaper to produce than conventional meat, according to The Guardian.

Another hurdle is making meat lovers comfortable with the idea of lab-grown meat.

Still, Bruce Friedrich of the Good Food Institute called the new approval a “very big deal for the future of meat production globally.”

“A new space race for the future of food is under way,” he told The Guardian.