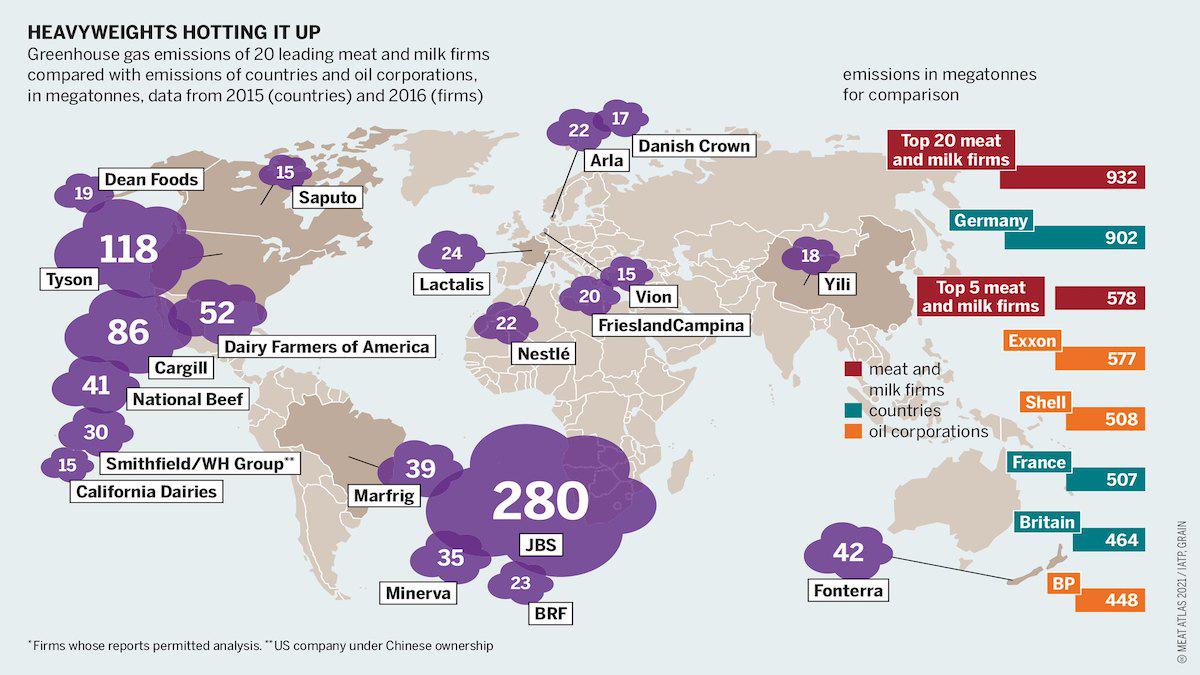 That’s just one of many shocking figures from the Meat Atlas 2021, a comprehensive look at the meat industry released by European nonprofits the Heinrich-Böll-Stiftung, Friends of the Earth Europe and BUND Tuesday.

“Europeans today eat an average of 66 kilograms (approximately 146 pounds) of meat per year per capita, which is almost twice as much as the World Health Organization actually recommends, and this persistently high consumption and production also comes with immense social and ecological costs,” Lisa Tostado, head of the International Climate, Trade & Agriculture Policy Programme for Heinrich-Böll-Stiftung, said at a public launch event. “And to raise awareness, provide information, and also foster a nuanced debate on the livestock center, the Heinrich-Böll Foundation and Friends of the Earth have compiled facts and figures on meat.”


Launch of the Meat Atlas 2021: Facts and figures about the animals we eat

Listen to the Science

The Meat Atlas 2021 is a comprehensive account of the industry’s impact on environmental and public health, totaling more than 70 pages and covering more than 30 topics from land use to greenhouse gas emissions to pesticides. These impacts include:

Despite these and many other consequences, both meat consumption and meat production are on the rise. Meat consumption has more than doubled in 20 years, and is expected to rise another 13 percent by 2028. Meat production has also been trending upwards. In the 1970s, it stood at one third of current levels, though it declined slightly in 2019 because of an outbreak of African swine fever.

The increase in production has been enabled by many of the things that make that production so problematic: more and more animals are kept in feedlots instead of pastures. This requires their feed to be grown somewhere else, gobbling up more land. Further, such crowding is only possible with antibiotics to prevent infections from spreading in close quarters.

With all of this evidence, the report argued that reducing meat consumption in industrial countries is a case of “listening to the science,” something world governments have yet to do seriously with regards to this issue.

“We are talking not about a lack of information, and politicians not acting because they don’t know,” the atlas’ chief executive editor and head of the International Agricultural Policy Division at Heinrich-Böll-Stiftung Dr. Christine Chemnitz said at the launch. “We are talking about a lack of political will to steer or transition the agricultural sector into a climate-friendly and biodiversity-friendly direction.” 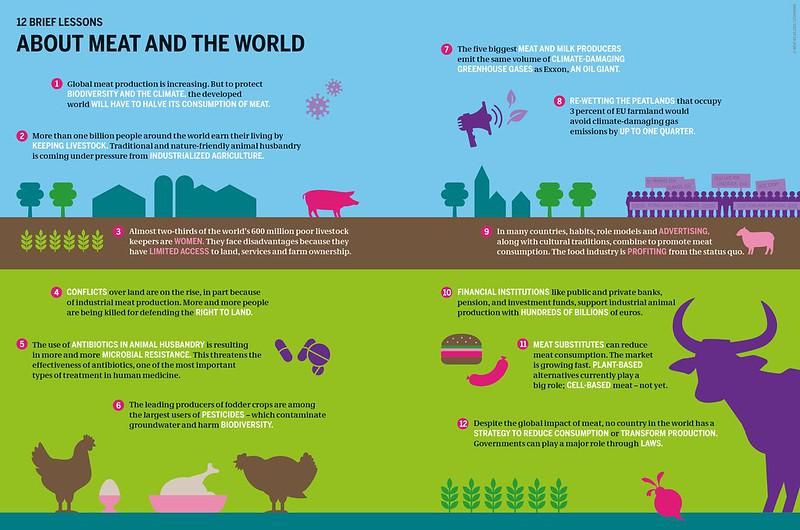 Race to the Bottom

One clear indication we are headed in the wrong direction, Chemnitz noted, is the sheer numbers of animals slaughtered: 75 billion a year as of 2019.

But this death translates directly into profits for the largest meat and dairy companies, Shefali Sharma, one of the report authors and director of the Institute for Agriculture and Trade Policy (IATP) European office, said at the launch.

Sharma explained that the top companies are so powerful that they can set the prices they pay to producers at below the cost of production, and governments will either directly or indirectly subsidize the difference.

This creates a “race to the bottom of cheap prices, more animals, more production, more profits,” she said.

However, there is a way up and out. Sharma recommended a three-prong strategy of:

Agroecology means growing food in ways that respects natural limits while incorporating local and traditional knowledge, Stanka Becheva, a report contributor and Food and Agriculture Campaigner at Friends of the Earth Europe, explained during the launch.

“It’s really the only transformative framework which will help move the industrial… farming sector away from the concentration and the devastating impacts it has,” she said.

One hopeful indicator cited by the report is the shifting attitudes of young people. The atlas highlighted a representative survey conducted by the University of Göttingen in Germany of young adults between 15 and 29 years old. It found that nearly 13 percent of them were either vegan or vegetarian, more than double the percentage of the overall German population. A further approximately 25 percent considered themselves flexitarians and only ate meat every so often.

But what was especially striking to Chemnitz was the motivation behind these decisions.

“One thing young people made really clear is that they see their reduced meat consumption as a political statement,” she said.

Their decision was not based on taste or health, but opposition to how the current meat industry operates.

The survey found that 75 percent of the vegan and nearly 50 percent of the vegetarian respondents saw themselves as part of the climate movement. Moreover, young people were in favor of government policies directed at creating a more sustainable food system. More than 70 percent of them thought the German government should encourage people to eat a climate-friendly diet and make sure food is produced in an environmentally friendly way.

“This is a strong statement,” Chemnitz said, “and it’s a strong call for our government to get active.”