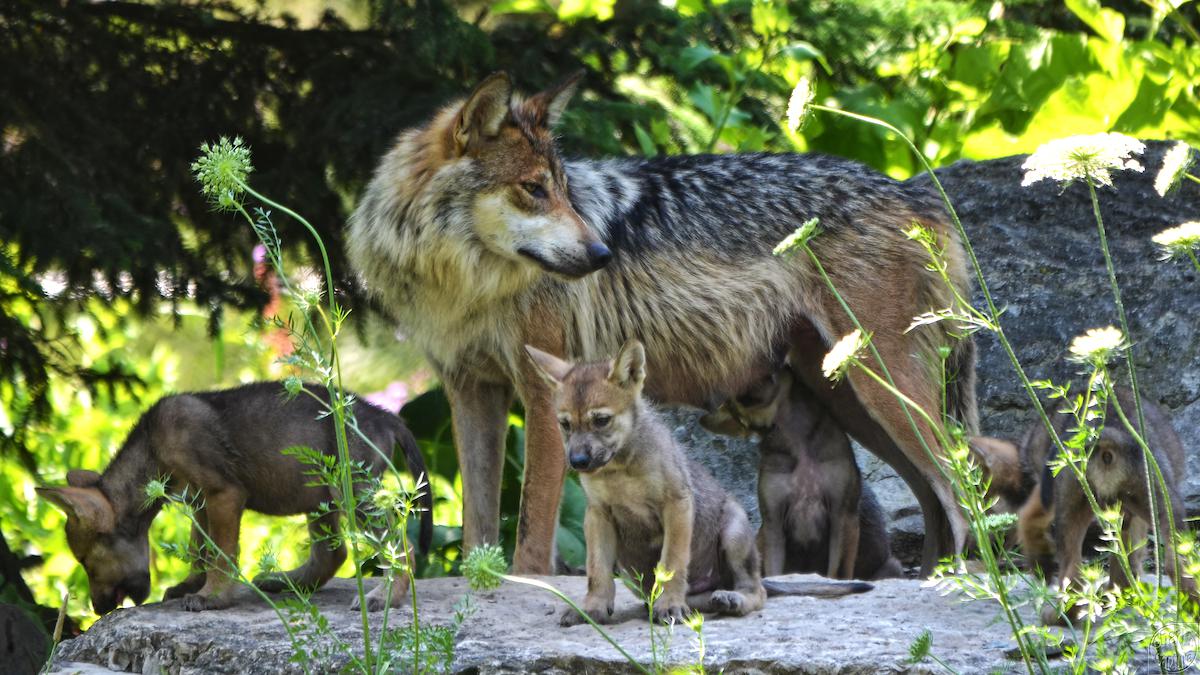 A family of gray wolves tends to their pups. After 45 years, gray wolves were delisted from the Endangered Species Act by the Trump administration on Jan. 4, 2021. Chad Horwedel / Flickr

Wildlife advocates on Monday accused the Trump administration of “willful ignorance” after the U.S. Fish and Wildlife Service delisted gray wolves from the Endangered Species Act after 45 years of protection, even though experts say the animals are far from out of the proverbial woods.

USFWS announced the rule change — one of over 100 regulatory rollbacks recently pushed through by the Trump administration — in October. The move will allow state authorities to treat the canines as predators and kill or protect them according to their laws.

In South Dakota, for example, hunters, trappers, landowners, and livestock producers are now permitted to kill gray wolves after obtaining the necessary paperwork, which includes a predator/varmint, furbearer, or hunting license. Landowners on their own property and minors under the age of 16 are exempt from licensing requirements.

In neighboring Minnesota, gray wolves will retain a higher level of protection in the northern part of the state — owners of livestock and other animals can kill wolves that pose an “immediate threat” — while in the southern two-thirds of the state people can shoot wolves that they believe pose any threat to livestock, as long as they surrender the carcass.

In Oregon, on the other hand, “wolves remain protected throughout the state,” according to the Oregon Department of Fish and Wildlife. “Hunting and trapping of wolves remains prohibited statewide.”

Last September, Common Dreams reported that an analysis of deregulation in some Western states revealed that a record-breaking 570 wolves, including dozens of pups, were brutally killed in Idaho over a recent one-year period.

“Tragically, we know how this will play out when states ‘manage’ wolves, as we have seen in the northern Rocky Mountain region in which they were previously delisted,” Samantha Bruegger, wildlife coexistence campaigner for WildEarth Guardians, said in reaction to Monday’s delisting.

Bruegger cited the Idaho killings, as well as the situation in Washington, where last year “the state slaughtered an entire pack of wolves due to supposed conflicts with ranching interests,” as proof that “without federal protections, wolves are vulnerable to the whims and politics of state management.”

Monday’s delisting comes despite the enduring precarity of wolf populations throughout much of the country. According to the most recent USFWS data, there are only 108 wolves in Washington state, 158 in Oregon, and 15 in California, while wolves are “functionally extinct” in Nevada, Utah, and Colorado.

“These meager numbers lay the groundwork for a legal challenge planned by WildEarth Guardians with a coalition of conservation groups to be filed later this month,” said Bruegger.

Lindsay Larris, wildlife program director at WildEarth Guardians, said in a statement that “the delisting of gray wolves is the latest causality of the Trump administration’s willful ignorance of the biodiversity crisis and scientific facts.”

“Even with [President Donald] Trump’s days in office dwindling, the long-term impact of illegitimate decisions like the wolf delisting will take years to correct,” Larris added. “Guardians is committed to challenging this decision in court, while working across political channels to ensure wolves receive as much protection as possible at the state level in the interim.”