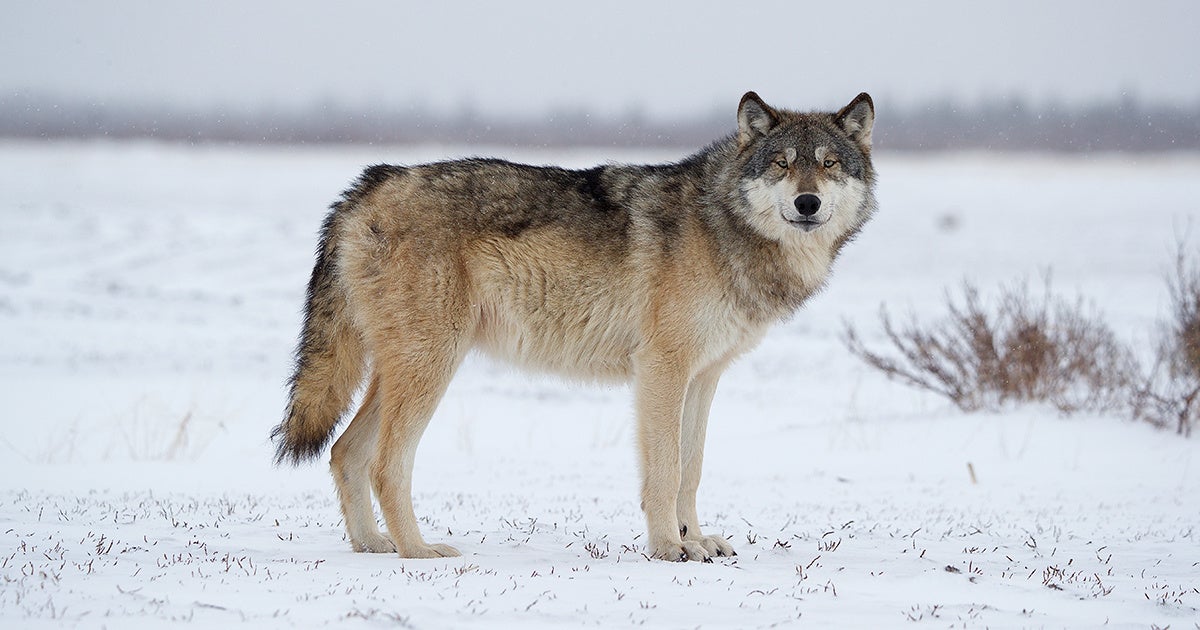 Bernhardt, who took over from former Interior Secretary Ryan Zinke in January, has been a key force behind efforts by the Trump administration’s Department of Interior(DOI) to weaken the landmark conservation act.

“For over a hundred years, wolves have been needlessly persecuted. This is just one more example of the Trump Administration’s attacks on the Endangered Species Act and the vulnerable wildlife it protects,” Bonnie Rice of Sierra Club’s Our Wild America campaign said in a statement. “Wolves have barely started to recover in some areas, and still occupy only five percent of their historic range. Now is not the time to remove vital protections.”

This attack on wolves is the latest attempt by the Trump administration to slash protections for wildlife. They are also seeking to gut the Endangered Species Act, the very backstop that wildlife have against extinction. #StopExtinction pic.twitter.com/P1qXDHhhgJ

Bernhardt made the announcement at a meeting of the North American Wildlife and Natural Resources Conference in Denver, but an official proposal will be published in the Federal Register in the next few days, after which a public comment period will follow.

This is not the first time that the FWS has attempted to delist gray wolves in recent years. An earlier attempt was made during the Obama administration in 2013, but was struck down by federal courts, The New York Times reported.

The debate over gray wolf protections reveals a tension between farmers, ranchers and environmentalists when it comes to managing wolf populations.

Gray wolves were hunted nearly to extinction in the contiguous U.S. and there were only around 1,000 left in Minnesota when they were first granted protection in 1975. Now there are more than 5,000 living mostly in the Western Great Lakes and Northern Rockies regions, as well as Washington, Oregon and California, according to the Associated Press. Some conservation groups say they now cover five percent of their historic range while some analysts put the number at 15 percent.

The population has recovered enough that ranchers and hunters say they are a threat to livestock and game.

National Cattlemen’s Beef Association President Jennifer Houston and Public Lands Council President Bob Skinner released a joint statement in support of the proposal to delist the species, The New York Times reported. They argued the act didn’t work as intended because “radical environmental activists use an endless cycle of lawsuits and procedural tricks.”

Wildlife advocates, on the other hand, say the species should be federally protected until it covers more of its historic range, which once extended across most of the lower 48 states, the Associated Press reported.

They also argue that wolves are in fact helpful for ecosystems, managing grazers like elk and protecting vegetation, according to The New York Times.

“This attempt to eliminate crucial protections for gray wolves demonstrates an anti-predator bias that continues to influence wolf management decisions,” Animal Welfare Institute President Cathy Liss said in a statement emailed to EcoWatch. “The undeserved hostility toward wolves is not based on principles of sound scientific management. These apex predators play a vital role in ecosystems, contribute to a multibillion-dollar outdoor tourism industry, and are an iconic symbol of our beloved native wildlife.”

Gray wolves have been delisted in the Northern Rockies region, including Montana, Idaho, eastern Washington, eastern Oregon and northern Utah, as of 2011.

Michigan Technological University wildlife biologist John Vucetich told the Associated Press that the survival of the species would not be immediately threatened by delisting, but that he was concerned what state management of their populations would entail.

“I do worry that some of the states could be overly aggressive and that wolves could fare worse than their current condition,” he said.

Jamie Clark of Defenders of Wildlife was even more alarmed about what state management could mean.

The Interior Department is moving forward with a plan to strip #graywolves of all protection under the #EndangeredSpeciesAct. The future of America’s #wolves is in peril. We will do whatever it takes, but we urgently need your help: https://t.co/KgrYun1fZm pic.twitter.com/sFrNF2YS1z

“We don’t have any confidence that wolves will be managed like other wildlife,” she told the Associated Press. “We’re going to fight this in any way possible.”