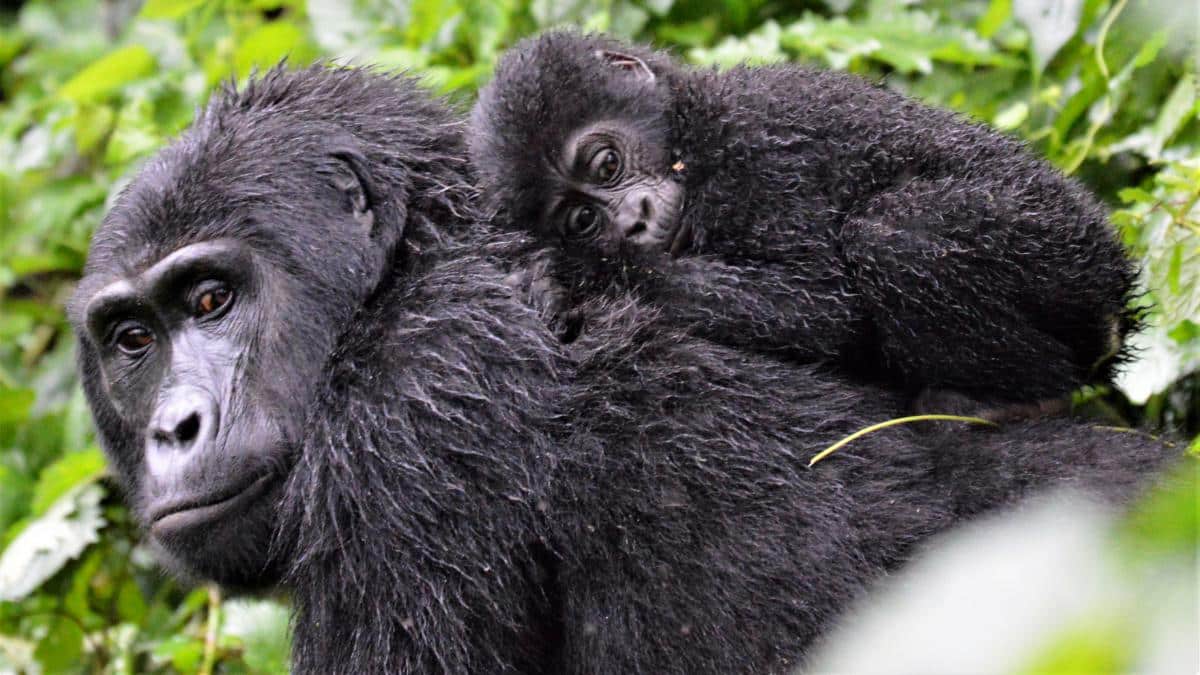 Reddit investors have found a way to meme for good.

The amateur investors on subreddit WallStreetBets often refer to themselves as apes and use the phrase “Apes Together Strong,” BBC News reported. Now, some subreddit members have started to take this saying literally. Within days, Redditors have raised 0,000 for the Dian Fossey Gorilla Fund by adopting more than 3,500 gorillas, The Guardian reported.

“It’s safe to say that the #investor community on @reddit is not traditionally who we think of as our supporter base. But they definitely surprised and overwhelmed us over the weekend,” the conservation group tweeted.

🚨WE HAVE NEWS 🚨 It’s safe to say that the #investor community on @reddit is not traditionally who we think of as our supporter base. But they definitely surprised and overwhelmed us over the weekend. A THREAD. @CNN @CNBC @business @WSJ pic.twitter.com/JRB1Gj1Mub

The trend began last Friday when Reddit user Pakistani_in_MURICA posted an adoption certificate for a mountain gorilla named Urungano. The post received a 92 percent upvote rate and prompted many other users to follow suit.

The Dian Fossey Gorilla Fund works with mountain gorillas in Rwanda and Grauer’s gorillas in the Democratic Republic of Congo, according to BBC News. On Twitter, the group said that the new funds would support their work studying and monitoring gorillas, and supporting the people who live near them.

The organization told The Guardian that it usually receives 20 new gorilla adoptions a weekend, a far cry from the thousands that the Redditors initiated.

“The support that has come to our organization, as well as others, is amazing,” Tara Stoinski, the fund’s president, chief executive and chief scientific officer, told The Guardian. “One of the biggest challenges in conservation is just that there’s not enough funding for the challenges we face on the ground.”

The Redditors have also donated to other organizations and adopted other species. The Ape Cognition and Conservation Initiative, which studies endangered bonobos, said it received ,500 from the WallStreetBets community.

Wow!! Thanks to the @Official_WSB community, we have raised $4,500 and bonobos are now featured in @Newsweek! We are blown away by all of your support. Thank you for raising awareness about bonobos and gorillas!! 🚀🦍 #WallStreetBets #ApesTogetherStrong pic.twitter.com/usfFXPv0ra

The Redditors have also moved beyond apes to adopt endangered animals such as elephants, pangolins and sea turtles, according to The Guardian. The Sheldrick Wildlife Trust, which runs a sanctuary for orphaned elephants in Kenya, experienced a ,000 rise in donations over the weekend.

“It’s a new supporter base for us, for sure, one that we’re extremely thankful for,” the trust’s Amie Alden told The Guardian. “We’ve currently got more than 90 dependent orphaned elephants in our care and it’s an expensive undertaking.”

The WallStreetBets community first rose to fame in January, when they noticed that hedge funds were betting against stocks, including GameStop and AMC, and banded together to buy several stocks to boost their prices, Business Insider explained. This caused the share price of GameStop to skyrocket from less than a share at the end of December to more than 0 by Jan. 28, forcing some hedge funds to close their bets at a loss. Some of the Redditors referenced the saga by making their animal donations in the name of GameStop or “Jim Cramer’s Tears,” The Guardian noted.

“This is the sort of thing that happens when people unaccustomed to having money suddenly get some,” BBC News reported one Redditor saying.