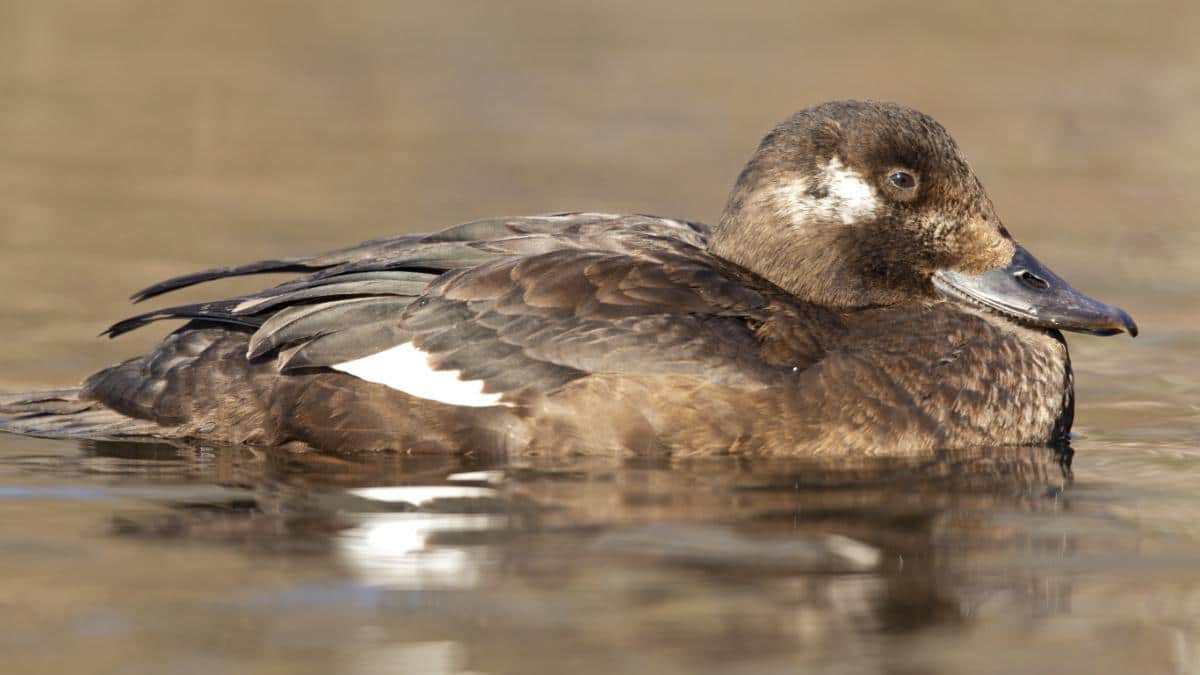 The wide-ranging sea duck known as the velvet scoter can be found in the skies and waters of nearly a dozen European and Asian countries, but it has almost disappeared from some of them. Just a few years ago, it was thought that the geographically isolated breeding population of these birds in the Caucasus was completely extinct. But a study conducted on the Javakheti plateau in 2017 revealed that Lake Tabatskuri in Georgia still holds a small breeding population of just 25-35 pairs. The long-term survival of this tiny population remains in serious jeopardy.

The velvet scoter is a medium-sized, stocky diving duck. The name comes from the velvety plumage of a male bird. The orange bill and light-blue eyes, with a tiny white mark under the eye, make it even more fascinating during mating season.

The breeding population of velvet scoter has disappeared in Armenia and Turkey, and nesting is now confined to just one site in the entire Caucasus: Lake Tabatskuri. This beautiful lake is in the Javakheti plateau region of southern Georgia, 2,000 meters (6,500 feet) above sea level. A small island in the northern part of the lake is now the birds’ only natural breeding place in the region. 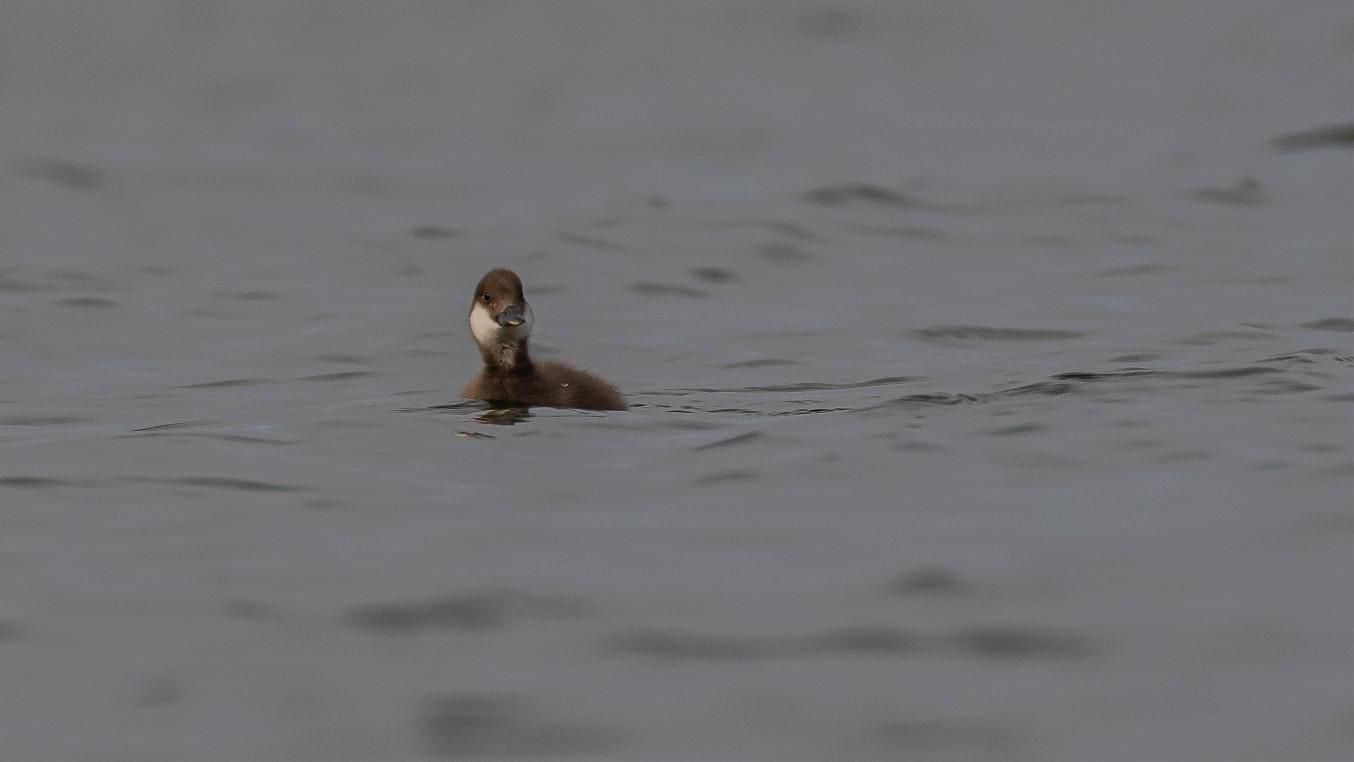 A velvet scoter duckling on Lake Tabatskuri, Georgia, which harbors the last breeding population of the species in the Caucasus. Nika Paposhvili. Used with permission.

The velvet scoter is classified as vulnerable and is considered to be decreasing worldwide, with a three-generation decline estimated at 32-46%. However, the Caucasian geographically isolated population is in much more trouble and is a critically endangered species regionally.

Nesting sites have been lost or disturbed through habitat degradation to irrigate adjacent agriculture land, as well as hay cutting on peninsulas and islands in the lakes. Additional factors that led to diminished numbers in the Caucasus include eutrophication (caused by agricultural intensification and wastewater), disturbances by boats, overfishing and bycatch, illegal hunting, removal of eggs by locals for food, and duckling and egg predation by Armenian gulls (Larus armenicus) that compete with the scoters for nesting sites. It is therefore crucial to protect these last remaining ducks before the species is completely wiped out. 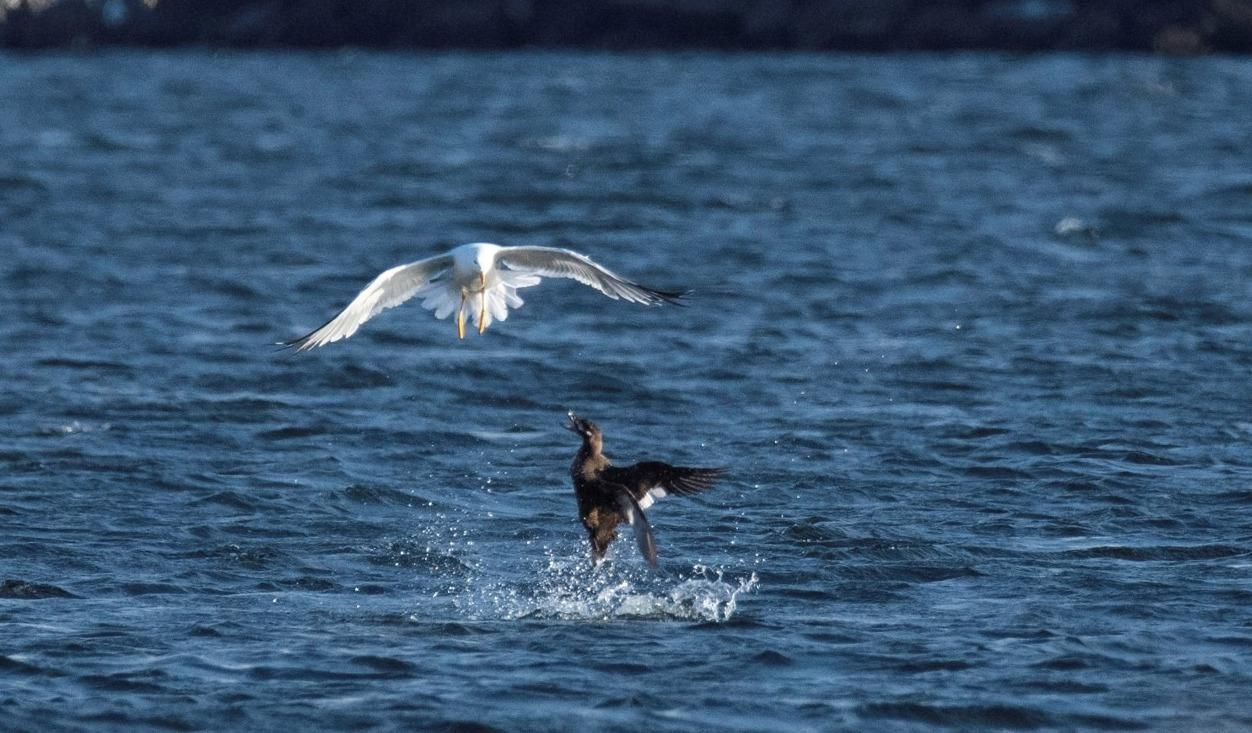 They still face some of the threats that led to their decline, with predation on ducklings by Armenian gulls having the greatest impact. This problem is compounded by the fact that numbers of Armenian gulls have dramatically increased in recent years — likely due to the easily accessible food at landfills as more human settlements have been established. Despite attempts by the brood-hen to deter attackers, most of the ducklings (roughly 60-70%) currently become victims in the few days after they hatch.

Conservation actions to ameliorate conditions have already been initiated under our Conservation Leadership Programme project. As a result of raising awareness among local people and involving them in the project, anthropogenic factors (hunting, collecting eggs on the island, disturbance by boats in the feeding area) have been significantly reduced. But competition between species on the nesting grounds and gull predation on the scoter ducklings remain major problems, and we’re now working to find appropriate ways to solve these problems. At the same time, we are working to form a long-term conservation action plan for the successful conservation of the breeding population.

It was a rainy, windy cold day when I first got to Lake Tabatskuri and set myself and my telescope up for birdwatching, looking for these rare birds. The rain was hitting me in the face, wetting the telescope and restricting my vision. Everything was against me, but I would not give up and stubbornly looked for a black duck in the raging waves, trying not to miss any part of the lake.

Finally, where I least expected it, in the one bay near to the village, I spotted a small flock of velvet scoter riding on the waves. It was a joy and at the same time a great assault on my emotions, hard to describe in words — like the feeling a father has when he first sees his first child.

I do not know how long I stood there, shell-shocked, before a local passerby found me and took me to her house to bring me back to reality.

What else do we need to understand or do to protect this species?

Lethal or nonlethal control of the gull population would have a positive impact on the scoters’ reproductive success. However, a more detailed study is still needed before making this decision.

Nika Paposhvili has been obsessed with birds since childhood. He graduated with a bachelor’s degree in business and administration and then worked at a bank for several months, but the dull experience convinced him to return to birds. He is now a Ph.D. student in the Faculty of Natural Sciences at Ilia State University, working on waterfowl and actively involved in their conservation in Georgia.