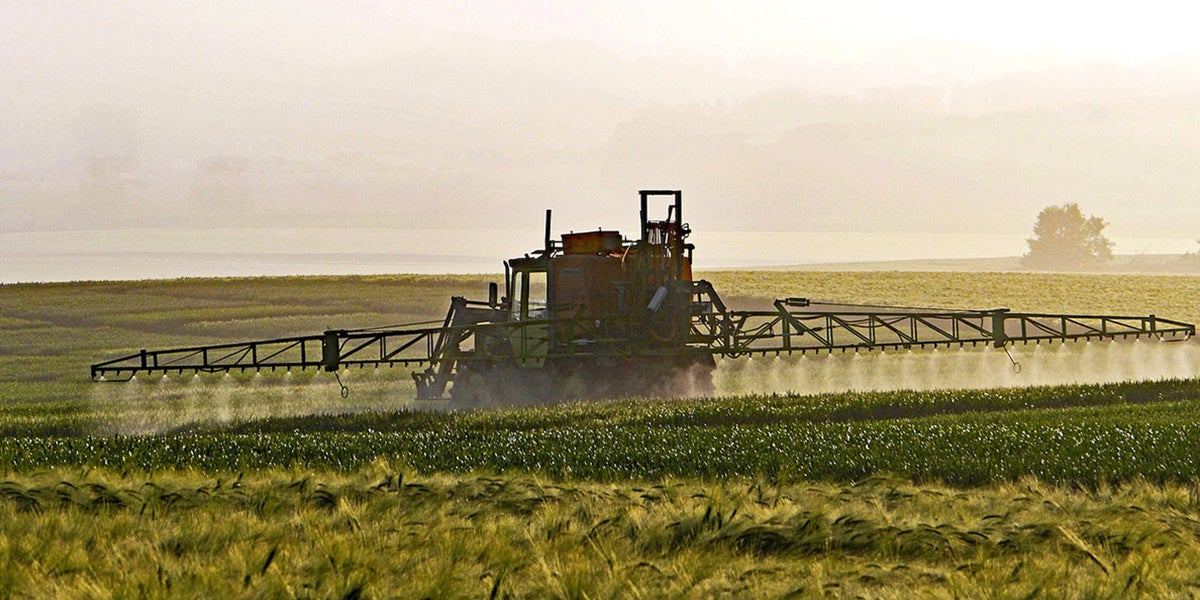 The use of glyphosate has increased significantly since the introduction of genetically modified foods in the 1990s.

Researchers from Indiana University and University of California San Francisco have linked
glyphosate exposure in pregnancy to shortened gestational length.

The new
study, published in the journal Environmental Health, found that 93 percent of a study group of pregnant women in Indiana had detectable levels of the widely used and controversial herbicide in their urine. Those with higher levels delivered earlier compared to those with less or none.

The research was based on urine samples obtained from 71 pregnant women from nine counties in central Indiana, including a mix of rural, suburban and urban addresses, between 2015 and 2016. Typically, the length of human gestation is around 280 days, or 40 weeks. But the overall average gestational age of all 71 births in the study group was around 274 days, the researchers found. Two infants in the study were born premature, or less than 37 weeks of gestation.

Glyphosate was not correlated with other fetal growth indicators such as birth weight percentile and head circumference.

Shahid Parvez, the principal investigator of the study and an assistant professor at Indiana University, warned that babies born early can have health problems.

“There is growing evidence that even a slight reduction in gestational length can lead to lifelong adverse consequences,” he said in a
statement.

According to the study, the highest levels of glyphosate were found in women who lived in rural areas and in those who consumed more than 24 oz. of caffeinated beverages per day.

Glyphosate, the active ingredient in Monsanto’s Roundup, is the world’s most popular herbicide and likely the most contentious. Exposure to glyphosate has increased approximately 500 percent since 1994, when Monsanto introduced “Roundup Ready” crops that are genetically engineered to resist the weedkiller.

Use of glyphosate is heaviest in the Midwest due to corn and soybean production, as a press release for the new study noted.

The pervasiveness of glyphosate means it is regularly detected in the natural environment and in everyday foods, including cookies, crackers, popular cold cereals, chips and alcoholic beverages—and consequently–in human urine.

A number of experts have expressed concern over the public’s increasing exposure to the chemical.

“One thing we cannot deny is that glyphosate exposure in pregnant women is real,” Parvez said.

“The good news is that the public drinking water supply may not be the primary source of glyphosate exposure, as we initially anticipated. None of the tested drinking water samples showed glyphosate residues. It is likely that glyphosate is eliminated in the water-treatment process,” Parvez said.

“The bad news is that the dietary intake of genetically modified food items and caffeinated beverages is suspected to be the main source of glyphosate intake.”

Parvez told
Reuters that the association between caffeine intake and high glyphosate levels in urine was surprising.

“It makes sense to us since there are many different food products imported from southeast Asia and South America but we don’t know what they contain,” he said. “It indicates a need to think about these food products, such as coffee beans and other drinks that we import.”

Monsanto dismissed the study and adamantly defended the safety of its product, telling
Reuters, “Even at the highest reported levels of glyphosate exposure, the findings by Parvez et al do not indicate any adverse health outcomes, the gestation ranges reported by Parvez et al are well within the normal range of gestation lengths and the trace amounts of glyphosate reported in the urine samples are consistent with exposures that are well below the strict limits the Environmental Protection Agency (EPA) established to protect human health.”

Scott Partridge, vice president of global strategy for Monsanto, added to Reuters, “When it comes to safety assessments, no other pesticide has been more extensively tested than glyphosate. In evaluations spanning four decades, the overwhelming conclusion of experts worldwide, including the EPA, has been that glyphosate can be used safely according to label instructions.”

Parvez acknoweldged that the results of the study mandate further investigation. Besides the small number of participants, the average age of the women was 29 years and the majority were white.

“Although our study cohort was small and regional and had limited racial or ethnic diversity, it provides direct evidence of maternal glyphosate exposure and a significant correlation with shortened pregnancy,” Parvez said.

“We are planning, contingent upon funding, to conduct a more comprehensive study in a geographically and racially diverse pool of pregnant women to determine if our findings are the same,” he said.