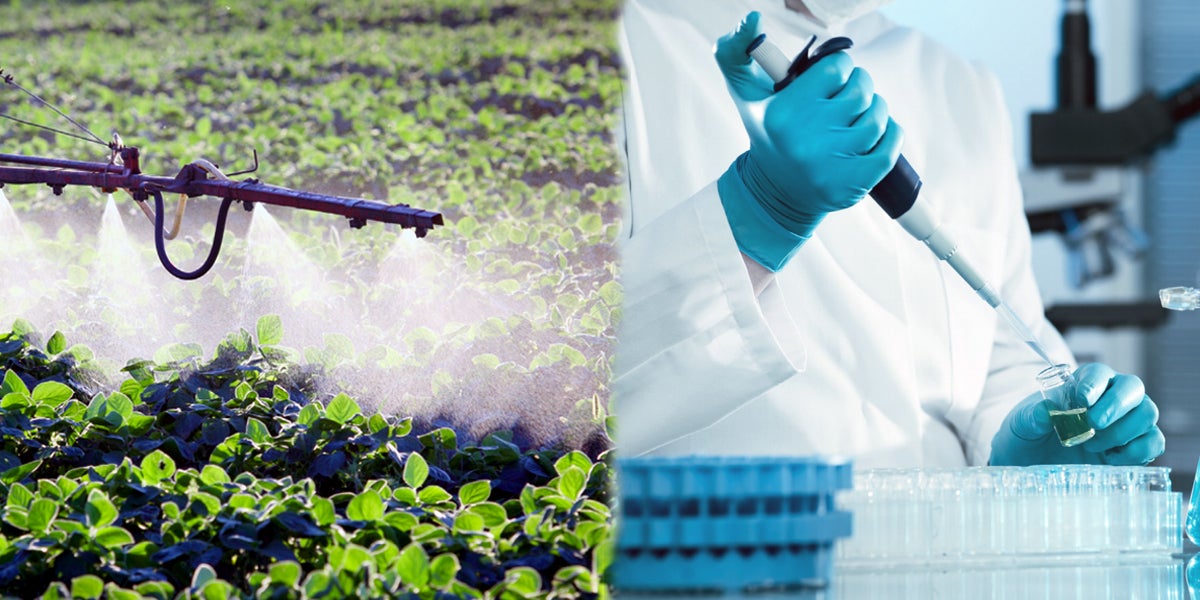 Independent tests on an array of popular American food products found many samples contained residue levels of the weed killer glyphosate. The nonprofit organizations behind the tests—Food Democracy Now and The Detox Project—released a report Monday that details the findings. The groups are calling for corporate and regulatory action to address consumer safety concerns.

According to the report, the herbicide residues were found in cookies, crackers, popular cold cereals and chips commonly consumed by children and adults. The testing was completed at Anresco, a U.S. Federal Drug Administration (FDA) registered lab and used liquid chromatography tandem mass spectrometry (LC-MS/MS), a method widely considered by the scientific community and regulators as the most reliable for analyzing glyphosate residues.

The announcement of the private tests comes as the FDA is struggling with its own efforts to analyze how much of the herbicide residues might be present in certain foods. Though the FDA routinely tests foods for other pesticide residues, it never tested for glyphosate until this year. However, the testing for glyphosate residues was suspended last week.

Glyphosate has been under the spotlight since the World Health Organization’s International Agency for Research on Cancer classified the herbicide as a probable human carcinogen last year. Glyphosate is the world’s most widely used herbicide and is the key ingredient in Monsanto’s Roundup and hundreds of other products. The U.S. Environmental Protection Agency (EPA) is finalizing a risk assessment for glyphosate to determine if future use should be limited.

The tests conducted by Anresco were done on 29 foods commonly found on grocery store shelves. According to the report, glyphosate residues were found in:

Different levels were found in Kellogg’s Special K cereal, Triscuit Crackers and several other products. The report notes that for some of the findings, the amounts were “rough estimates at best and may not represent an accurate representation of the sample.” The food companies did not respond to a request for comment.

“Frankly, such a high level of glyphosate contamination found in Cheerios, Doritos, Oreos and Stacy’s Pita Chips are alarming and should be a wake-up call for any parent trying to feed their children safe, healthy and non-toxic food,” Dave Murphy, executive director of Food Democracy Now!,” said.

The EPA sets a “maximum residue limit” (MRL), also known as a tolerance, for pesticide residues on food commodities, like corn and soybeans. MRLs for glyphosate vary depending upon the commodity. Finished food products like those tested at Anresco might contain ingredients from many different commodities.

The nonprofits behind the report said that concerns about glyphosate comes as new research shows that Roundup can cause liver and kidney damage in rats at only 0.05 ppb, and additional studies have found that levels as low as 10 ppb can have toxic effects on the livers of fish.

“With increasing evidence from a growing number of independent peer-reviewed studies from around the world showing that the ingestion of glyphosate-based herbicides like Roundup can result in a wide range of chronic illnesses, it’s urgent that regulators at the EPA reconsider the allowed levels of glyphosate in American’s food and work to limit continued exposure to this pervasive chemical in as large a section of the human population as possible,” Dr. Michael Antoniou, a molecular geneticist from London, UK, said in reaction to the report released Monday.

“The information gathered by this glyphosate food testing project is very timely and provides valuable information for consumers, elected officials and scientists, like myself, in evaluating the toxicity of real world levels of exposure to this most widely used pesticide,” Antoniou continued.

The groups criticized U.S. regulators for setting an acceptable daily intake (ADI) for glyphosate at much higher levels than other countries consider safe. The U.S. has set the ADI for glyphosate at 1.75 milligrams per kilogram of bodyweight per day (mg/kg/bw/day) while the European Union has set it at 0.3. The EPA is supposed to set an ADI from all food and water sources that is at least 100 times lower than levels that have been demonstrated to cause no effect in animal testing. But critics assert that the EPA has been unduly influenced by the agrichemical industry.

The groups said that the federal government should conduct an investigation into the “harmful effects of glyphosate on human health and the environment,” and the relationships between regulators and the agrichemical industry that has long touted the safety of glyphosate.

“It’s time for regulators at the EPA and the White House to stop playing politics with our food and start putting the wellbeing of the American public above the profits of chemical companies like Monsanto,” Murphy said.

Monsanto has repeatedly said that there are no legitimate safety concerns regarding glyphosate when it is used as intended, and that toxicological studies in animals have demonstrated that glyphosate does not cause cancer, birth defects, DNA damage, nervous system effects, immune system effects, endocrine disruption or reproductive problems. The company, which has been reaping roughly $5 billion a year from glyphosate-based products, said any glyphosate residues in food are too minimal to be harmful.

The U.S. Department of Agriculture and the FDA have echoed Monsanto’s reassurances in the past, citing the chemical’s proven safety as justification for not including glyphosate residue testing in annual programs that test thousands of food products each year for hundreds of different types of pesticides. But the lack of routine government monitoring has made it impossible for consumers or regulators to determine what levels of glyphosate are present in foods, which has raised many questions about the safety of the chemical.

A key reason glyphosate residues persist in so many food products has to do with its widespread use in food production. Glyphosate is sprayed directly on many crops genetically engineered to tolerate the herbicide, such as corn, soybeans, sugar beets and canola. Glyphosate is also sprayed directly on many types of conventional crops ahead of harvest, including wheat, oats and barley. In all, glyphosate is used in some fashion in the production of at least 70 food crops, according to the EPA, including a range of fruits, nuts and veggies. Even spinach growers use glyphosate.

The groups that released the report are calling for a permanent ban on the use of glyphosate as a pre-harvest drying agent because of the residue levels.