Glyphosate Found in Urine of 93 Percent of Americans Tested 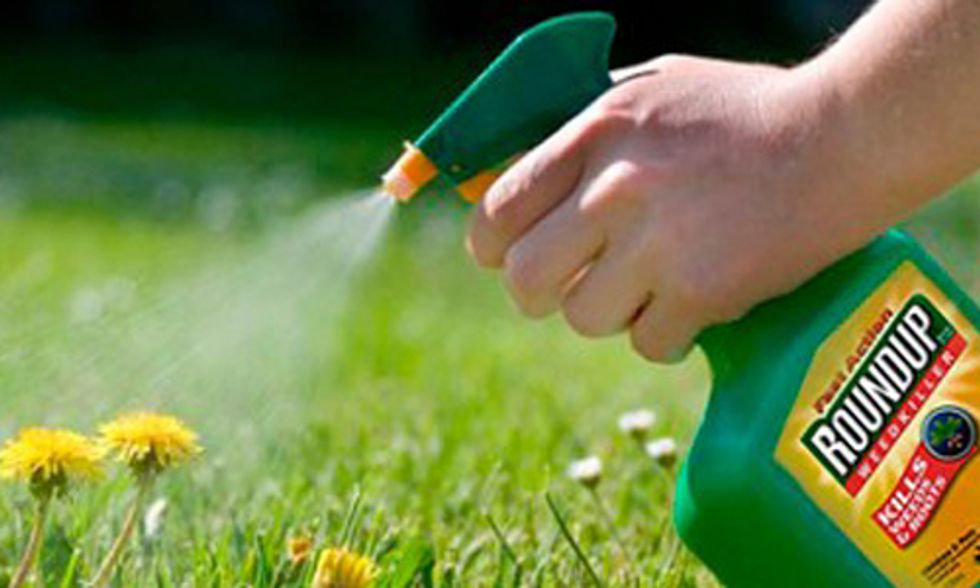 Glyphosate, the most used herbicide in the world, has been found in the urine of 93 percent of the American public during a unique testing project that started in 2015.

Glyphosate, labeled a "probable human carcinogen" by the World Health Organization's cancer agency IARC in 2015, has now been revealed to be ubiquitous in the first ever comprehensive and validated LC/MS/MS testing project to be carried out across America.

The European Union is currently in the process of putting restrictions on the use of glyphosate due to health concerns, with Member States so far unable to agree on the re-approval of the chemical beyond June 2016.

Glyphosate-containing herbicides are sold under trademarks such as Monsanto's Roundup.

In a unique public testing project carried out by a laboratory at the University of California San Francisco (UCSF), glyphosate was discovered in 93 percent of urine samples during the early phase of the testing in 2015.

The urine and water testing was organized by The Detox Project and commissioned by the Organic Consumers Association.

The unique project, which has already provided more urine samples for testing than any other glyphosate bio-monitoring urine study ever in America, was supported by members of the public, who themselves paid for their urine and water samples to be analyzed for glyphosate residues by the UCSF lab.

The data released in a presentation by the UCSF lab only covers the first 131 people tested. Further data from this public bio-monitoring study, which is now completed, will be released later in 2016.

The Detox Project will be working alongside a new larger lab later this year to enable the public to once again test their urine for glyphosate residues.

“These results show that both the U.S. regulators have let down consumers in America," Henry Rowlands, director of The Detox Project, said. "Independent science shows that glyphosate may be a hormone hacker at these real-life exposure levels found in the food products. The safe level of glyphosate ingestion is simply unknown despite what the EPA and Monsanto would have everyone believe.

The UCSF full presentation of these initial results can be found here.

Glyphosate was found in 93 percent of the 131 urine samples tested at an average level of 3.096 parts per billion (PPB). Children had the highest levels with an average of 3.586 PPB.

The regions with the highest levels were the West and the Midwest with an average of 3.053 PPB and 3.050 PPB respectively.

Glyphosate residues were not observed in any tap water samples during the early phase of the project, most likely due to phosphorus removal during water treatment.

The results from the UCSF urine testing in America showed a much higher frequency and average glyphosate level than those observed in urine samples in the European Union in 2013. The average level in Europe was around 1 PPB with a frequency of detection of 43.9 percent.

"If consumers had any doubt about the extent to which they are being poisoned by Monsanto's Roundup, these tests results should put those doubts to rest," Ronnie Cummins, international director of Organic Consumers Association, said.

"These test results highlight the massive failure of U.S. regulatory agencies, including the EPA, USDA and FDA, to protect us even as they continue to perpetuate the myth that low-level exposure to glyphosate is harmless. We must bring down this poison-for-profit model and build in its place a food and farming system that regenerates and heals, before it's too late."

The assay has a limit of quantification of 0.5 ng/mL. The intra- and inter-day precision observed are 6-15% in concentrations that range 0.5-80 ng/mL. Recoveries for glyphosate range 70-80% at concentrations within the assay's linear dynamic range.

Glyphosate has never been studied by regulators or the chemical industry at levels that the human population in the U.S. is being exposed to (under 3 mg/kg body weight/day). This is a huge hole in the risk assessment process for glyphosate, as evidence suggests that low levels of the chemical may hack hormones even more than high levels—a higher dose does not necessarily mean a more toxic, hormone disruptive effect.

Industry funded science from the dark ages suggested that the higher the dose of a chemical the more dangerous it was. However, modern independent science has discovered that many toxic chemicals have as much or even more of an influence on our health at low doses—these chemicals are known as hormone hackers (endocrine disruptors).

A study from March 2015 stated that the health costs to the European Union of just some hormone hacking chemicals, in connection with a subset of illnesses known to be linked to hormone interference, is over EUR 150 Billion per year. The study stated that lower IQ, adult obesity and 5 percent or more of autism cases are all linked to exposure to endocrine disruptors.

“With increasing evidence from laboratory studies showing that glyphosate based herbicides can result in a wide range of chronic illnesses through multiple mechanisms, it has become imperative to ascertain the levels of glyphosate in food and in as large a section of the human population as possible," Dr. Michael Antoniou, a molecular geneticist in London, said.

"Thus the information gathered by the glyphosate public testing service being offered by the Detox Project is most timely and will provide invaluable information for the consumer and scientists like myself evaluating the toxicity of real world levels of exposure to this most widely used pesticide."

Bayer 'Confident' It Can Still Strike Deal with Monsanto, Merger Could Spell Disaster for Farmers and Global Food Supply