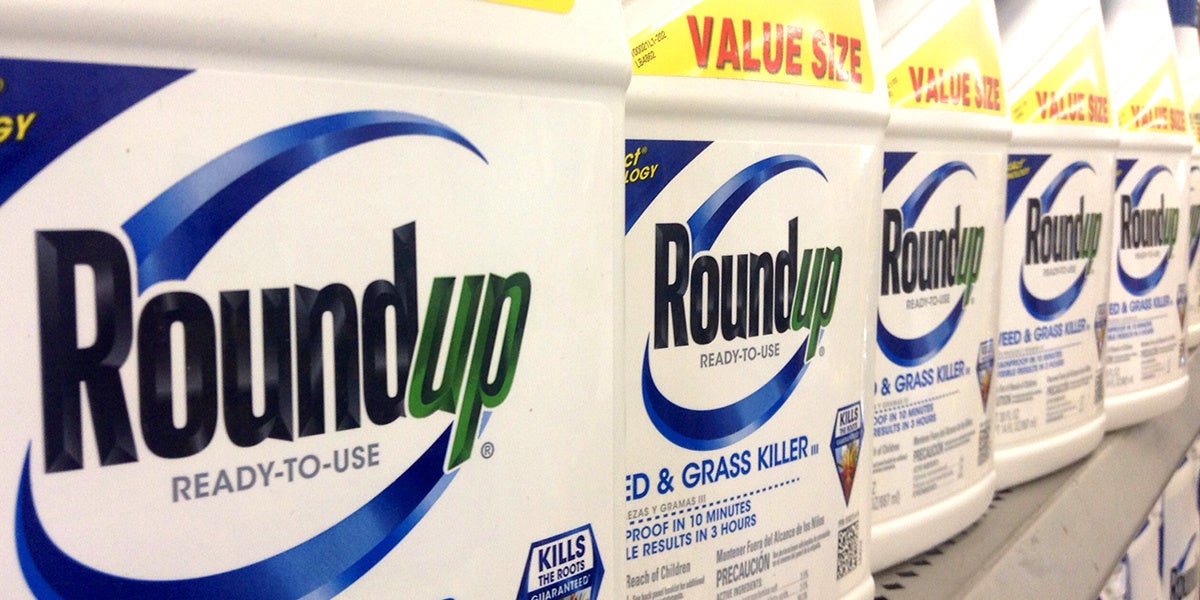 The U.S. Environmental Protection Agency (EPA) released on Monday a human health and ecological draft risk assessment for glyphosate, concluding that the widely used—and highly controversial—pesticide is “not likely to be carcinogenic to humans.”

According to the EPA’s announcement, the assessment “found no other meaningful risks to human health when the product is used according to the pesticide label.” However, the announcement noted, “the ecological risk assessment indicates that there is potential for effects on birds, mammals, and terrestrial and aquatic plants.”

Last month, the ingredient won a new five-year lease in the Europe Union, following a bitter fight. Similarly, Monday’s draft assessment is a foundational document in the EPA’s potential extension of the product’s registration for use in 2019, the Los Angeles Times reported.

The EPA’s latest findings contradicts the March 2015 conclusion of the World Health Organization’s International Agency for Research on Cancer (IARC), which labeled glyphosate a “probable carcinogen.” The France-based panel’s ruling sparked debate around the world, prompted hundreds of lawsuits over allegations that glyphosate causes cancer, and resulted in the state of California adding glyphosate to its list of cancer-causing chemicals.

Glyphosate is the active ingredient many herbicides, most notably in Monsanto’s star product, Roundup. The product is the world’s best-selling weedkiller, applied to more than 150 food and non-food crops and used on lawns, gardens and parks. In fact, researchers from the University of California San Diego School of Medicine found that human exposure to glyphosate has increased approximately 500 percent since 1994, the year Monsanto introduced its genetically modified Roundup Ready crops in the U.S. Today, the chemical can be detected in household foods such as cookies, crackers, ice cream and even our urine.

Monsanto strongly disagrees with IARC’s classification and vehemently defends the safety of its products. The St. Louis-based company has sued California to stop it from requiring cancer warnings on glyphosate-based products.

But earlier this year, a batch of Monsanto’s internal records released by attorneys who are suing Monsanto over glyphosate-cancer claims, suggested company ties to an official at the EPA, prompting an investigation into possible collusion between Monsanto and the EPA staffer.

“This trove marks a turning point in Monsanto’s corporate life,” Robert F. Kennedy, Jr., an attorney involved with the class action suit, told journalist Carey Gillam, who is also the research director for U.S. Right to Know. “They show Monsanto executives colluding with corrupted EPA officials to manipulate and bury scientific data to kill studies when preliminary data threatened Monsanto’s commercial ambitions, bribing scientists and ghostwriting their publications, and purchasing peer review to conceal information about Roundup’s carcinogenicity, its toxicity, its rapid absorption by the human body, and its horrendous risks to public health and the environment.”

In a press release, the Center for Biological Diversity also called the EPA review “flawed.”

“The only way the EPA could conclude that glyphosate poses no significant risks to human health was to analyze industry studies and ignore its own guidelines when estimating cancer risk,” said Nathan Donley, a senior scientist at the Center for Biological Diversity. “The EPA’s biased assessment falls short of the most basic standards of independent research and fails to give Americans an accurate picture of the risks posed by glyphosate use.”

BREAKING. EPA finds #glyphosate not a carcinogen. In response to being chastised by an advisory panel for not following its own cancer guidelines, EPA said that guidelines are "a guidance only" and don't have to be followed

The Center for Biological Diversity also pointed out that the EPA’s assessment showed that glyphosate posed a risk to plants and wildlife exposed to the chemical, including the imperiled monarch butterfly.

Migratory monarch populations have declined by 80 percent in the past two decades, and their decline has been driven in large part by the surge in glyphosate use resulting from the widespread planting of corn and soybeans crops genetically engineered to tolerate glyphosate. Glyphosate is a potent killer of milkweed. The dramatic surge in the glyphosate use has virtually wiped out milkweed plants in the Midwest’s corn and soybean fields.

The EPA has opened a 60-day public comment period for the draft risk assessments.