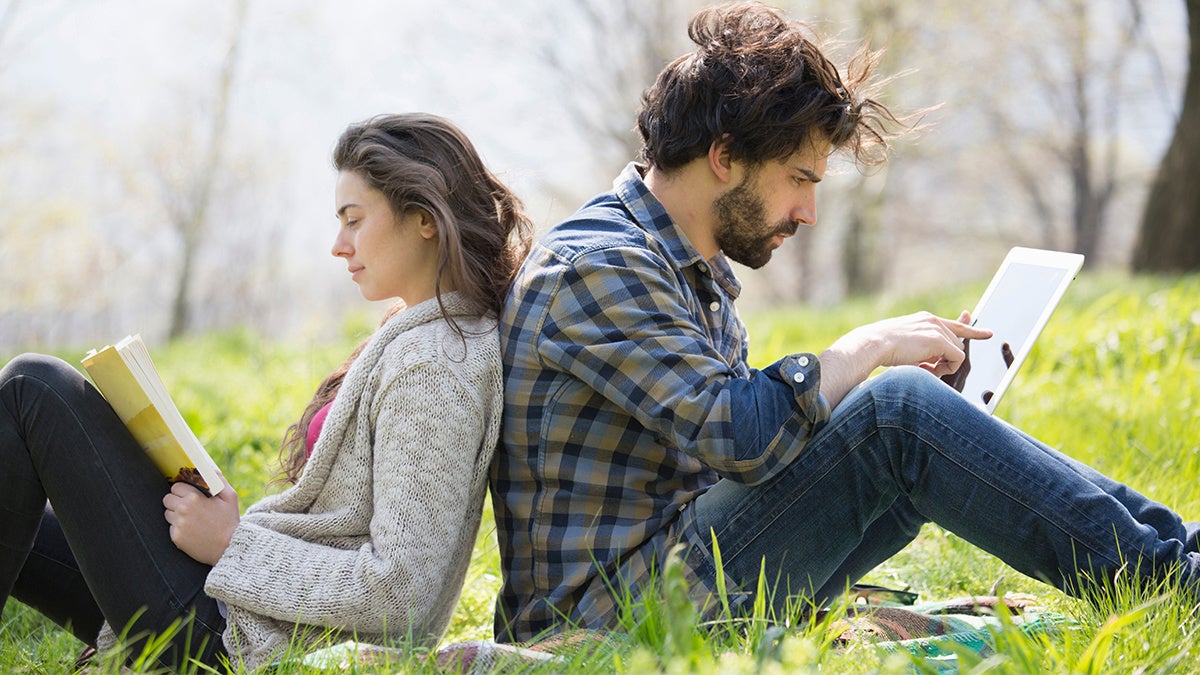 If you like to give friends and family the gift of knowledge about our food, we’re here with recommendations for 2019 books and movies that illuminate the issues close to our hearts. At U.S. Right to Know, we believe that transparency – in the marketplace and in politics – is crucial to building a healthier food system for our children, our families and our world. Kudos to the journalists and filmmakers who are exposing how powerful food and chemical industry interests impact our health and the environment.

Here are our recommendations for best-of-the-year food books and movies. You can also receive a signed copy of the award-winning 2017 book by our colleague, Carey Gillam, Whitewash: The Story of a Weed Killer, Cancer and the Corruption of Science, for a monthly sustainer donation to U.S. Right to Know through Patreon or you can donate directly to USRTK here.

Eating Tomorrow: Agribusiness, Family Farmers, and the Battle for the Future of Food
By Timothy A. Wise, The New Press

Scholar Timothy A. Wise shows the world already has the tools to feed itself, without expanding industrial agriculture or adopting genetically modified seeds. Reporting from Africa, Mexico, India and the U.S., Wise details how agribusiness and its philanthropic promoters have hijacked food policies to feed corporate interests, and argues that policies promoted by the Gates Foundation-funded Alliance for a Green Revolution in Africa (AGRA) are failing to deliver productivity and income improvements for small-scale farmers in Africa. Wise also takes readers to remote villages to see how farmers are rebuilding soils with ecologically sound practices without chemicals or imported hybrid or genetically engineered seeds.

“Hundreds of billions of dollars spent on fertilizer and hybrid seed subsidies by Kenya and other African countries over the past few years have gone down the drain, a new book argues,” writes Julius Segei in Kenya’s largest independent newspaper, the The Daily Nation. “The scholar’s verdict that there is little evidence of any green revolution coming to Africa more than 10 years after AGRA is likely to kick up a storm in agriculture and development circles.”

The Triumph of Doubt: Dark Money and the Science of Deception

David Michaels’ new book offers an insider’s look at how corporations manufacture doubt in science: bogus studies, congressional testimonies, think-tank policy documents and more. He provides new details of high-profile cases involving car manufacturing, professional sports, the food we eat and the air we breathe. Michaels, the former assistant secretary of labor under President Barack Obama, writes that the anti-science policies of the Trump administration are not new, but rather the outcome of decades-long campaigns by the tobacco and fossil fuel industries to stop regulation of deadly products. “This book is written to get you angry enough to want to learn how to defend yourselves, your communities, and our vulnerable planet,” writes consumer advocate Ralph Nader. “Let it grip you toward detection and defiance.”

A tenacious attorney, Rob Billot, uncovers a dark secret that connects a growing number of unexplained deaths to one of the world’s largest corporations. As the evidence in the film shows, DuPont was aware of the dangers of its Teflon ingredients for many years. While trying to expose the truth, Bilot soon finds himself risking his future, his family and his own life.

In these kinds of movies, “you know going in that you’re going to see a story about how bad things are thanks to corporate influence over government as well as the economy,” writes movie critic Roger Ebert, “but the extent of the corruption is still shocking, highlighting the implicit question: why fight, if the bad guys have already won? The answer, of course, is that you should fight because it’s the right thing to do.” Dark Waters is “an effective outrage machine,” writes Michael O’Sullivan in The Washington Post, but the movie “doesn’t aspire to be something it’s not. Like Bilott himself, it gets the job done, not by showboating, but by laying out the facts.”

Bettina Elias Siegel, a leading voice on children’s food, critically examines how America’s food culture exploits children and misleads parents. Siegel exposes predatory food-industry techniques for marketing directly to children and convincing parents that highly-processed products are “healthy.” She provides extensive coverage of America’s school-food program — including why, even after Obama-era reforms, school meals are still so often dominated by processed foods, many of them bearing popular junk-food trademarks. “This is a gorgeously written, heartfelt, and deeply compelling manifesto arguing why and how we must do better at feeding our kids more healthfully at home, in schools, and on the soccer field,” writes Marion Nestle, professor of nutrition, food studies and public health at New York University. “It should inspire all of us to get busy and start advocating for better kid-food policies — right now.”

In this beautiful, moving, award-winning documentary, filmmaker Aube Giroux and her mother embark on a personal investigative journey to find out why GMOs are not labeled on food products in the U.S. and Canada, despite being labeled in 64 countries around the world. Interweaving the personal and the political, the film is anchored around the filmmaker’s relationship to her mom, a gardener and food activist who battled cancer during the film’s production. Fueled by their shared love of food, the mother-daughter team discovers the extent to which the agribusiness industry controls our food policies, and makes a strong case for a more transparent and sustainable food system. The winner of four Audience Favorite Awards and the 2019 James Beard Foundation Broadcast Media Award for best documentary, Modified is “beautiful beyond words … compelling and compassionate,” writes the journalist Joan Baxter.

Investigative journalist Stéphane Foucart details how the agrichemical industry orchestrated “the greatest ecological disaster of the early twenty-first century” – the collapse of insect populations. Although pesticide companies claim the disappearance of insects is a mystery due to multiple factors, Foucart reports that the dominant cause is the massive use of neonicotinoid pesticides, and shows how it was made possible by an industry that faked public debate by manipulating science, regulation and expertise. The book shows how the industry exploited science to the point of “making us forget that insecticides … kill insects,” writes Annabelle Martella in La Croix (review in French).

Foucart won the 2018 European Press Prize for investigative reporting, along with Stéphane Horel, for their Monsanto Papers (translated into English here) articles about how Monsanto manipulated science, influenced the regulatory process and orchestrated stealth PR campaigns to defend its Roundup herbicides.

Wilted: Pathogens, Chemicals, and the Fragile Future of the Strawberry Industry
By Julie Guthman, University of California Press

Julie Guthman tells the story of how strawberries – the sixth highest-grossing crop in California which produces 88 percent of the nation’s favorite berry – came to rely on highly toxic soil fumigants, and how that reliance reverberated throughout the rest of the fruit’s production system. The particular conditions of plants, soils, chemicals, climate and laboring bodies that once made strawberry production so lucrative in the Golden State have now changed and become a set of related threats that jeopardize the future of the industry. “The strawberry industry’s predicament is just one example of how our strategy of dominating ecological systems and focusing on increased output at all cost is short-sighted, with diminishing returns,” writes Emily Monosson in a Science magazine review. “Recent efforts to work with, rather than against, natural systems suggest a path forward.”

Tufts professor Sheldon Krimsky examines health and safety concerns, environmental issues, implications for world hunger and lack of scientific consensus on GMOs (genetically modified organisms). He explores the viewpoints of a range of GMO skeptics, from public advocacy groups and nongovernmental organizations to scientists with differing views on risk and environmental impact. Publishers Weekly calls Krimsky’s book a “fair-minded, informative primer” that “lays out opposing ‘claims and counterclaims,’ demystifies the science, and shows where there is consensus, honest disagreement, or unresolved uncertainty.” NYU professor Marion Nestle describes the book as “a gift to anyone confused” about GMOs.

Seeds of Resistance: The Fight to Save Our Food Supply
By Mark Schapiro, Skyhorse Publishing

Journalist Mark Schapiro reports on the high-stakes battle underway for control of the world’s seeds, as climate volatility threatens the security of our food supply. Schapiro investigates what it means that more than half the world’s commercial seeds are owned by three multinational chemical companies, and brings to light what the corporate stranglehold is doing to our daily diet – from the explosion of genetically modified foods, to the rapid disappearance of plant varieties, to the elimination of independent farmers who have long been the bedrock of our food supply. The book also documents colorful and surprising stories from the global movement that is defying these companies, and offering alternatives capable of surviving the accelerating climatic changes. “Seeds of Resistance is a wake-up call,” writes Alice Waters, founder of Chez Panisse and the Edible Schoolyard. “With vivid and memorable stories, Mark Schapiro tells us how seeds are at the frontlines of our epic battle for healthy food.”

Formerly Known as Food: How the Industrial Food System Is Changing Our Minds, Bodies, and Culture

If you think buying organic from Whole Foods is protecting you, you’re wrong. Our food — even what we’re told is good for us — has changed for the worse in the past 100 years, its nutritional content deteriorating due to industrial farming and its composition altered due to the addition of thousands of chemicals from pesticides to packaging. We simply no longer know what we’re eating. In Formerly Known as Food, Kristin Lawless argues that, because of the degradation of our diet, our bodies are literally changing from the inside out. The billion-dollar food industry is reshaping our food preferences, altering our brains, changing the composition of our microbiota, and even affecting the expression of our genes.

“In this revelatory survey of the dangers of the industrial food system, Lawless offers crucial tools for navigating it safely,” writes the author Naomi Klein. “The best ones have nothing to do with shopping advice: she asks us to think holistically about food, why it can’t be separated from other struggles for justice, and what it means to demand transformative change.”

Reposted with permission from U.S. Right to Know.