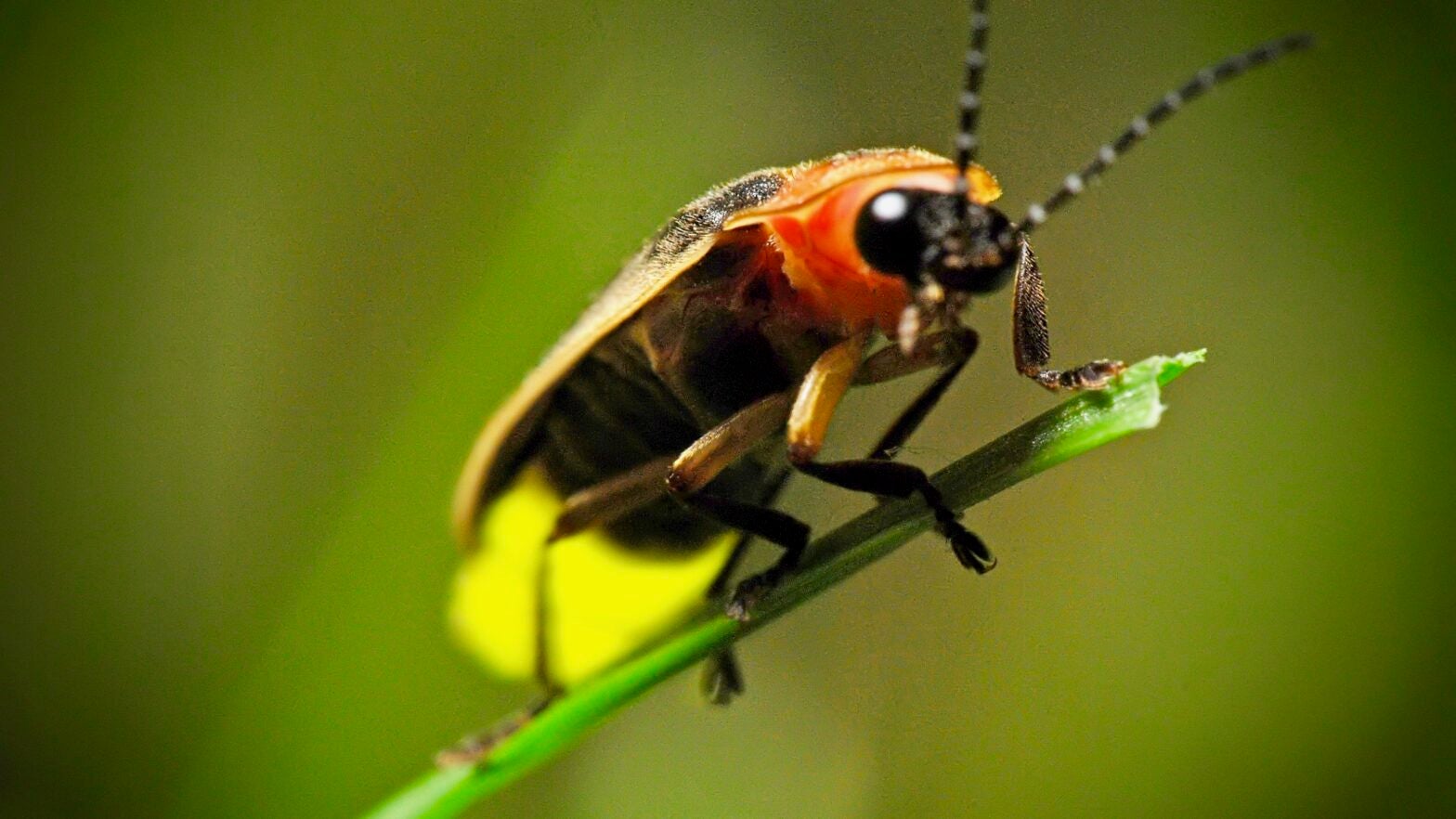 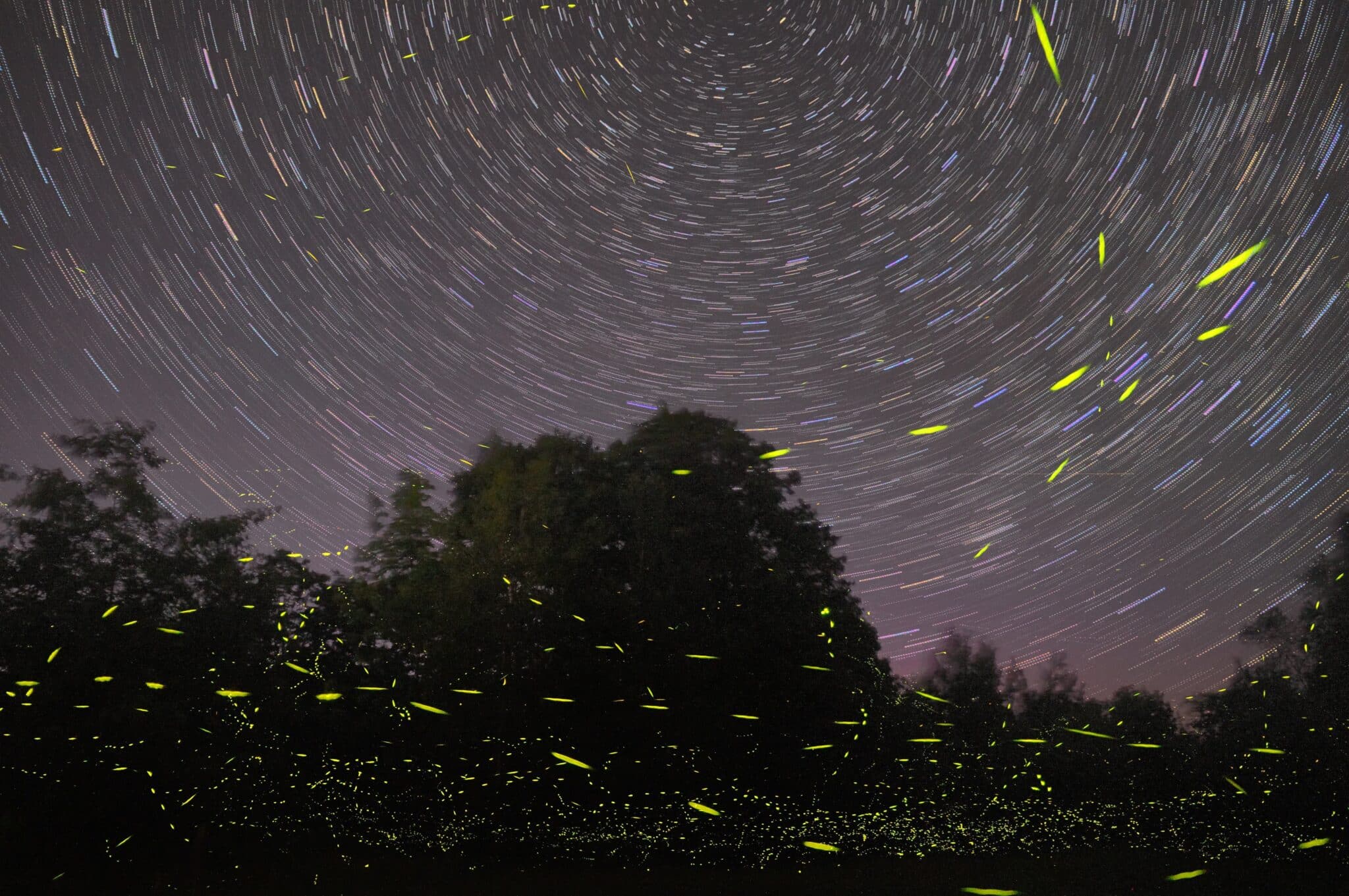 This is a composite of several long exposure photographs of fireflies in a yard in Milo, Maine, U.S. Mike Lewinski / Unsplash

A study published in BioScience Monday set out to assess the greatest threats to the world’s approximately 2,000 species of fireflies. While very little population data exists for most species of the “iconic” glowing beetles, researchers in the field have observed a decline in recent years.

According to a Tufts University-led team of biologists associated with the International Union for the Conservation of Nature, habitat loss, pesticide use and artificial light are the most serious threats endangering fireflies across the globe.https://t.co/yzwiv63Rnf

“We looked around and said, ‘huh, there just don’t seem to be as many fireflies around as there used to be,'” lead study author and Tufts University biology professor Sara Lewis, who has spent her career studying the mating rituals of a few firefly species, told Popular Science.

So the International Union for Conservation of Nature (IUCN) established a Firefly Specialist Group in 2018 to assess the glowing insects‘ conservation status. As part of that work, they sent out a survey to 350 members of the Fireflyers International Network asking them the chief risks faced by the species they studied.

The answer? Habitat loss, artificial light and pesticides, in that order.

“Lots of wildlife species are declining because their habitat is shrinking,” Lewis said in a Tufts press release, “so it wasn’t a huge surprise that habitat loss was considered the biggest threat.”

However, some firefly species are particularly vulnerable because they require very specific conditions. The Malaysian firefly Pteroptyx tener, famous for its synchronized light shows, needs mangroves to flourish. Previous research had noted the species’ decline due to the clearing of mangroves to plant palm oil plantations and aquaculture farms.

Artificial light is a major problem for fireflies because they use their famous bioluminescence to find mates, and bright human lights can disrupt these courtship signals.

“In addition to disrupting natural biorhythms – including our own – light pollution really messes up firefly mating rituals,” study coauthor and Tufts PhD candidate Avalon Owens explained in the press release.

The use of agricultural pesticides like organophosphates and neonicotinoids threatens fireflies, especially during their larval stages, when they spend as many as two years living below the ground or underwater. This makes them especially sensitive to pesticides that end up on lawns or in the soil, according to Popular Science.

While more specific research is needed on the impact of these chemicals on fireflies, the evidence suggests that they are harmful to the glowing bugs as they are to other insects, the Tufts release explained.

Indeed, the plight of fireflies is reflected across the insect class. A November 2019 study warned that 41 percent of insects are threatened with extinction, which could lead to an “insect apocalypse” with serious consequences for humans and other life on Earth.

Dave Goulson, the University of Sussex biology professor who authored that study, told CNN that the threats of habitat loss and pesticide use were also the leading causes of the overall insect decline.

“Of course fireflies are particularly vulnerable to light pollution, more so than perhaps any other insect group, so it makes sense that this also emerges as a major concern,” Goulson said.

Lewis expressed hope that focusing the spotlight on fireflies could raise awareness about the plight of insects generally and build the will to save them.

“Fireflies are actually an insect that everybody can get behind,” she told Popular Science.