Acting Now Could Save Bugs From Insect Apocalypse 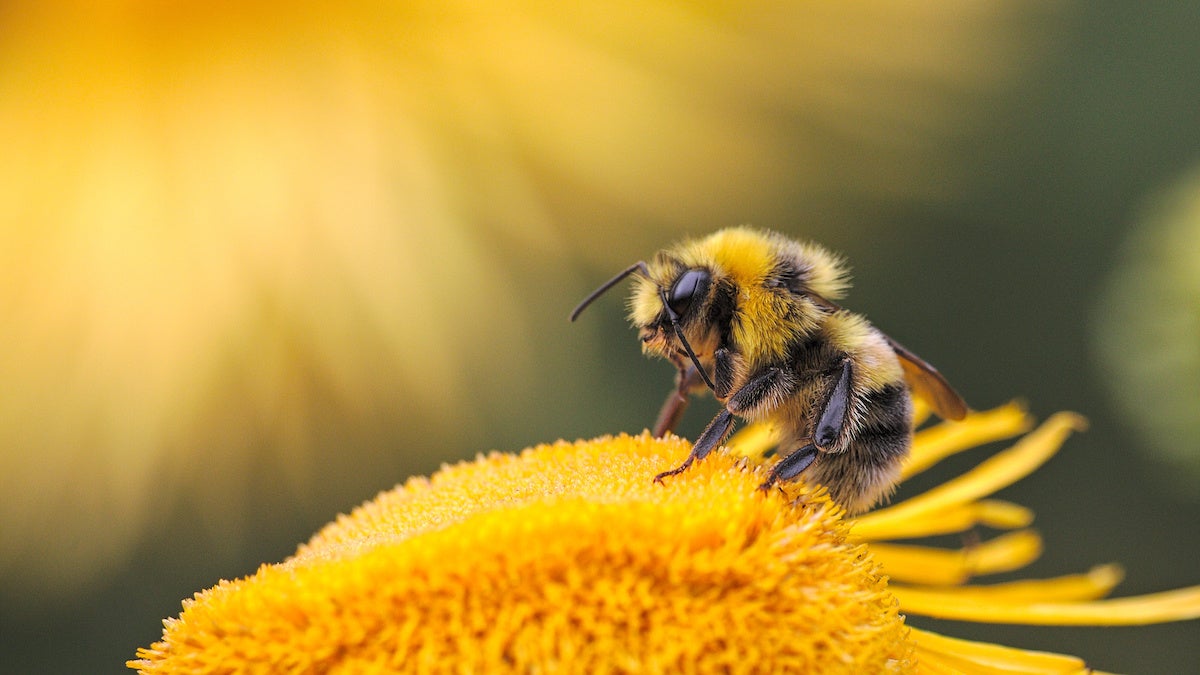 Insects play a vital role in ecosystems and humans are particularly dependent on them for food. Dmitry Grigoriev / Unsplash

Seven ‘no-regret’ actions could rescue insects on the road to extinction, a new roadmap for conservation says, helping ecosystems even where a lack of research means scientists cannot prove benefits to individual species.

Earth’s biodiversity is declining at unprecedented rates but population data on insects — which are small, diverse and abundant — is patchy.

Instead of waiting to fill knowledge gaps, 75 experts writing in the journal Nature Ecology and Evolution are calling for immediate actions that also improve ecosystems and wider society. Short-term measures such as phasing out pesticides and diversifying farmland could set struggling insect species on a path to recovery while better data is collected.

“We reap what we sow,” said Jeff Harvey, ecologist at the Netherlands Institute of Ecology and lead author of the roadmap. “It’s a no-brainer that decline of insects will affect other species in the food chain … We can’t just put little bandages on this.”

Last year, a global review published in the journal Biological Conservation spawned headlines heralding an “insect apocalypse,” “Armageddon” and “collapse of nature” when it found 40% of insect species would face the threat of extinction within decades.

Some experts have since criticized the paper for using biased search terms and misapplying extinction risk. It also relied on studies mainly from Europe and North America.

“Very little data is available for most species in most countries, so it’s simply untrue to claim that there is scientific consensus that insects are in global decline,” said Manu Saunders, an ecologist at the University of New England, in an email. “This is a very different issue to insects being under real threat from various drivers, particularly land clearing, pesticides, climate change, etc.”

IPBES, the UN-convened panel of ecology experts, tentatively put the figure of threatened insect species at 10% last year, in the most comprehensive study of life on Earth ever undertaken.

“I think globally we have quite a decline in species,” said Josef Settele, an ecologist at Germany’s Helmholtz-Center for Environmental Research and co-chair of the IPBES report. “40% might be too high, and 10% in our global assessment is too low, but this is the range.”

Even as ecologists disagree on broad population trends, they are united on three points: the importance of insects to people; the rising threats they face; and the lack of action to preserve them.

Insects play a vital role in ecosystems and humans are particularly dependent on them for food. Where fewer earthworms replenish soil, and dwindling bee and butterfly populations struggle to pollinate crops, food supplies could drop catastrophically. The IPBES report estimated that up to 7 billion (€522 billion) in annual crop output is at risk as a result of pollinator loss alone.

In Australia, where Saunders works, raging wildfires exacerbated by climate change have lain waste to wildlife.

Sweeping through an area larger than Portugal, the fires have killed an estimated one billion animals in a matter of months, with some survivors seeking refuge in waterways and even wombat burrows to escape the heat. A preliminary government analysis last week found that fires have burned more than half the habitat of 114 threatened species.

Among them is the critically endangered Banksia montana mealybug, an insect thought to live only on a single type of shrub that is vulnerable to disease, fire and climate change. It is one of 4 insect species in a 327-strong list of vulnerable creatures that have seen at least 10% of their known habitat burned by bushfires. More are thought to have perished unseen.

“The main problem is that we have very little data on the insect species that were in these burned locations before the fire, so we have no way of knowing how many have been affected and in what locations,” said Saunders.

The prospect of more intense and frequent fires in Australia — and the difficulties forests may face in growing back — has raised fears about long-term insect populations.

In Germany, where insect loss is better documented, the speed and scale of decline has shocked scientists.

A landmark study published in the journal PLOS One in 2017 found a 76% decline in flying insects in nature reserves over nearly three decades. The population loss was not limited to well-studied creatures, such as bees and butterflies, but flying insects as a whole, and was documented in areas supposedly-safe from humans.

The researchers suggested suggest agriculture and pesticides had aggravated the decline, noting that almost all the reserves were surrounded by farmland.

Last September, the German government announced a €100 million-a-year action plan that includes protecting habitats, phasing out the controversial herbicide glyphosate and reducing light pollution in an effort to counter insect loss. A quarter of the funding will go to research.

The scientists who wrote the conservation roadmap hold up Germany as a role model for other countries to emulate. But the focus on insect protection without major agricultural reform has left some uncertain.

Industrial agriculture, pesticides and monocropping pose major threats to insects — and that, in turn, endangers harvests and food supplies, according to an “insect atlas” published in January by the Heinrich-Böll Foundation, Friends of the Earth Germany (BUND) and Le Monde Diplomatique.

Germany is strong on insect protection but fails to tackle the role of farming, said Christine Chemnitz, agriculture policy expert at the Heinrich-Böll Foundation and project lead of the insect atlas. “We totally support [the protection programme] but we view it critically, because agricultural policy must urgently change too.”