Light Pollution: The Dangers of Bright Skies at Night 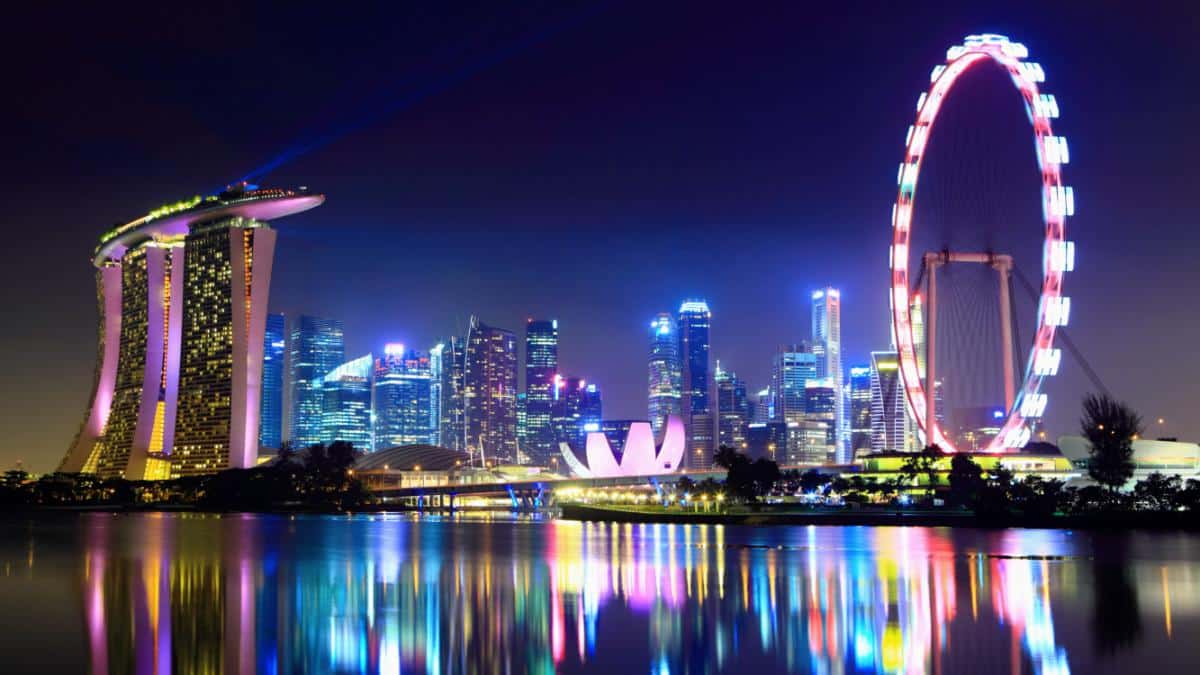 Singapore is cited as one of the many cities facing light pollution issues. leungchopan / Getty Images

When the Earth shook the Los Angeles region on the night of January 17, 1994, many houses, bridges and power lines were toppled. At that moment, the brightly illuminated metropole was plunged into darkness.

People torn from their beds emerged to the reality of having been hit by an earthquake. They also, according to local observatories and police stations who reportedly received phone calls to this effect at the time, emerged to alleged sightings of a “giant silvery cloud” in the sky. What they were seeing was actually the Milky Way and stars which until then, had remained obscured behind the dazzling city lights.

From a Revolution to a Pollutant

The 19th-century invention of electric light was a genuine revolution, and over a century later, it is hard to imagine a life without it. Yet today, more than 80% of the world’s population live under light-polluted skies. In Singapore, for example, nights have become so bright that people’s eyes now struggle to adapt to real darkness.

Christopher Kyber, a scientist at the Potsdam-based German Research Center for Geosciences, describes the introduction of artificial light as “one of the most dramatic changes we’ve made to the biosphere.”

He says throughout evolution, there was a constant signal coming from the environment. “This is daytime, this is nighttime, this is the lunar month. In areas that experience strong light pollution, that signal has been dramatically changed.”

Scientists estimate our planet is becoming 2% brighter every year, with the consequences of that increase growing ever more visible.

Is Light Making Us Sick?

People living in big cities are likely to be most affected by too much artificial light.

“It’s just horrible. You can see the orange glow across the whole of Mumbai,” said Nilesh Desai, an IT worker and light pollution activist in India’s second-largest city.

“Lights used to be on until 12am or sometimes until 3:00am,” he said, in reference to illuminated billboards, floodlights and streetlamps. “I used to get disturbed by those lights, you know, bright lights coming into my room, my bedroom, and it definitely impacted me because I could not sleep.”

When he lodged a complaint with the authorities in 2018, they ignored him.

Science shows links between artificial light and eye injury, sleeplessness, obesity and in some cases, even depression. A US study on shift workers from 2007 even makes a connection with breast cancer. It is all related to melatonin, a hormone that is released when it gets dark.

“When we don’t get that hormone, when we don’t produce that hormone because we’re exposed to so much light in our apartment, or as a shift worker, then the whole working of this biological clock system becomes problematic,” Kyber said.

It’s not only humans that need a natural day-night rhythm. Wildlife also struggles to adapt to the use of artificial light at night. Corals, for example, don’t reproduce as usual, migratory birds can lose their sense of orientation, and, rather than walking towards the sea, newly hatched turtles have been found walking inland, where they die.

“There is a tremendous change because the increase of brightness at nighttime is new to evolution,” said Sibylle Schroer, a scientist at the Leibniz Institute for Freshwater Ecology and Inland Fisheries in Berlin.

Insects are also affected. One study suggested that an estimated 100 billion nocturnal insects die in Germany each summer as a result of artificial light. Usually reliant on the moon for orientation, the critters become so distracted by bright streetlamps for example, that they fly around them all night. They then die from exhaustion, are too weak to reproduce or become easy prey for predators.

Another report published in 2016 showed that plants growing near streetlights are pollinated significantly less often at night and produce less fruit than their unlit counterparts. Even trees feel the impact of light at night, budding earlier and with later leaf fall than others.

With fossil fuels still the main source of global electricity production, the unnecessary use of light at night also contributes to air pollution and climate change. According to Pavan Kumar, a scientist at the Rani Lakshmi Bai Central Agricultural University in the Indian state of Uttar Pradesh, “More than 12 million tons of carbon dioxide are released into the atmosphere each year due to extreme nighttime light.”

With better light management and urban planning, those emissions could be significantly reduced, and resources and money could be saved, he continued.

So far, movement on such measures has been slow. France and Croatia have taken the lead, introducing legal limits on excessive nighttime illumination by imposing bans on lights in eco-sensitive areas. In some places, like in parts of France, there are set times when lights in public spaces have to be dimmed or switched off.

Back in Mumbai, after protests from citizens like Nilesh Desai, city representatives have indicated they are willing to reduce light pollution. In a victory for Desai, a stadium close to his home has been told to remove its floodlights. As there is very little legislation around the regulation of light pollution, Mumbai politicians have also called on the Indian environment ministry to implement laws.

Desai hopes it won’t take a blackout to see the Milky Way over his city one night.