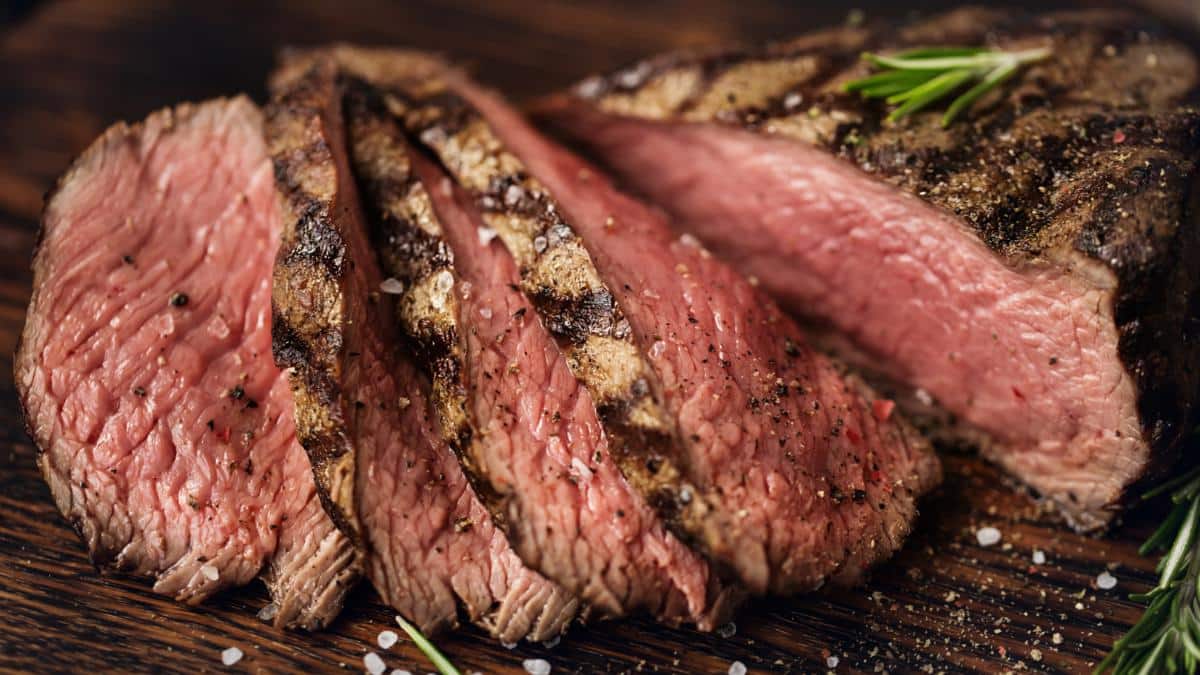 A new study published in BMC Medicine on Tuesday sought to find out. Researchers investigated whether meat consumption was linked to any of the 25 leading causes of hospital admission in the UK, besides cancer. They found a connection between regularly eating red or processed meat with five non-cancerous diseases, including heart disease, diabetes and pneumonia. Meanwhile, frequent poultry consumption was associated with six different diseases, including gallbladder disease and diabetes.

“We have long known that unprocessed red meat and processed meat consumption is likely to be carcinogenic and this research is the first to assess the risk of 25 non-cancerous health conditions in relation to meat intake in one study,” Dr. Keren Papier from the Nuffield Department of Population Health at the University of Oxford and lead author said in a press release.

The researchers surveyed 474,985 middle-aged adults in the UK and asked them to complete a dietary questionnaire assessing how often they ate meat on a weekly basis. Researchers then compared the participants’ meat consumption to hospital admission and mortality data.

In addition to the above findings, researchers determined that for every 70 grams of red or processed meat someone ate a day, their risk of developing heart disease increased 15 percent and their risk of diabetes increased 30 percent.

For every extra 30 grams of poultry someone consumed in a day, their diabetes risk increased 14 percent.

However, eating meat did have one health benefit: reducing the risk of iron deficiency. Researchers estimated a 20 percent risk reduction for every 50 extra grams of red meat a day and 17 percent for every 30 extra grams of poultry a day.

The researchers did find that people who ate meat three or more times a week were also more likely to engage in unhealthy behaviors such as smoking, drinking alcohol or eating fewer fruits and vegetables. They were also more likely to have a high body mass index. The researchers adjusted their calculations to remove those factors, and learned that the health risks from meat consumption were reduced after factoring out body mass index.

“Additional research is needed to evaluate whether the differences in risk we observed in relation to meat intake reflect causal relationships, and if so the extent to which these diseases could be prevented by decreasing meat consumption,” Papier said.

The results don’t mean that people should stop eating meat, according to public health experts.

Instead, Public Health England recommended that anyone who eats more than 90 grams of meat a day should reduce it to 70 grams, The Guardian reported.

“Globally the evidence suggests that people who eat red and processed meat should limit their intake,” Dr. Alison Tedstone, the agency’s lead nutritionist, told The Guardian. “While it can form part of a healthy diet, eating too much has been linked to increased risk of developing bowel cancer.”

However, there are also environmental and ethical reasons one might choose to stop eating meat. Some studies have found that cutting out animal products is the single biggest step a person can take to limit their environmental impact. Papier has advice for those who do so.

“The result that meat consumption is associated with a lower risk of iron-deficiency anemia, however, indicates that people who do not eat meat need to be careful that they obtain enough iron, through dietary sources or supplements,” she said.