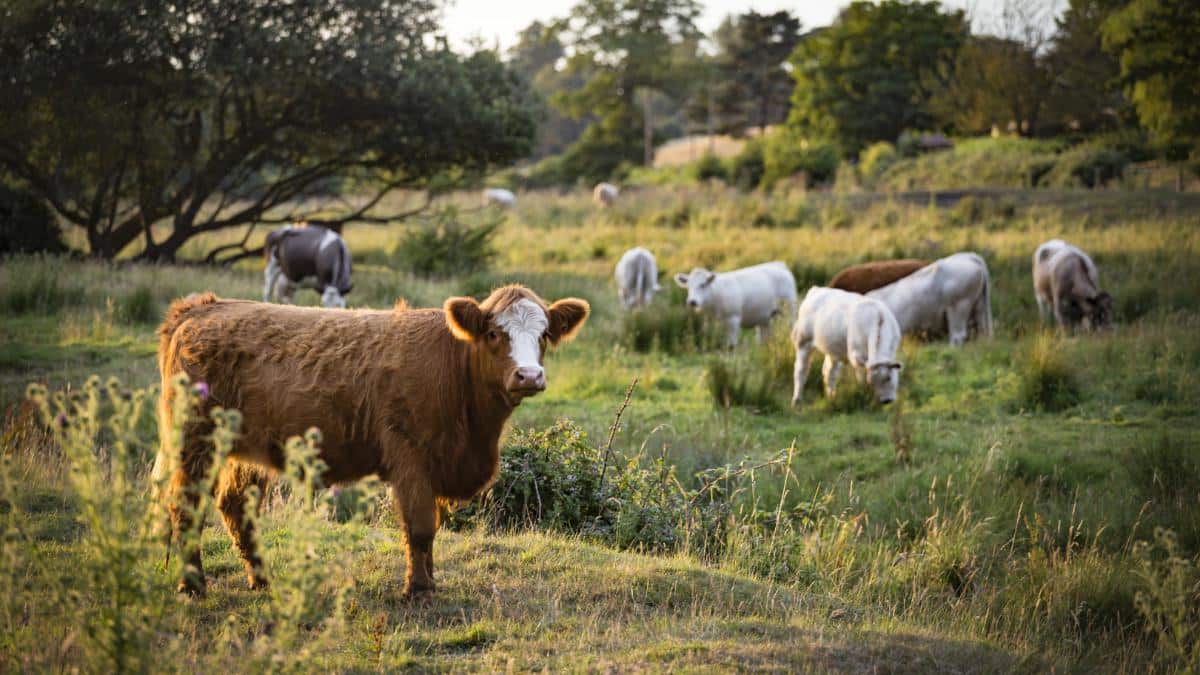 Advocates for eco-friendly, plant-based diets hailed a study published last week that revealed the climate cost of organic meat production is as high as that of conventionally produced animal products.

The study, published on December 15 in Nature Communication and reported Wednesday in The Guardian, used the German government’s climate damage cost baseline of 9 per tonne of CO2 and determined that in order to cover climate costs, the farm-direct price of beef must rise by .31 per kilogram, while the per kilo price of chicken must increase by .66. The price of conventionally raised meat would have to rise by 40% in stores, while organic meat would need to be about 25% more expensive. Conventional milk would be one-third higher, while the price of organic milk would rise by 20%.

The researchers analyzed animal agriculture in Germany and concluded that the climate costs of organic beef and lamb are similar to that of their conventionally produced counterparts. And while they found that organic pork has a slightly lower climate cost than conventional pig meat, for organic chicken it was somewhat higher.

The cost of plant-based foods, on the other hand, would remain nearly the same.

💔🌎 'The cost of the climate damage caused by organic meat production is just as high as that of conventionally farmed meat, according to research.' There's never been a better time to try a plant-based diet, join us this Veganuary https://t.co/wdXB6xsbj1https://t.co/X68saquozf

“We expected organic farming to score better for animal-based products but, for greenhouse gas emissions, it actually doesn’t make much difference,” Maximilian Pieper of the Technical University of Munich, who led the study, told The Guardian. “But in certain other aspects, organic is certainly better than conventional farming.”

University of Greifswald researcher Amelie Michalke, who also participated in the study, said that “the prices are lying.”

“Climate costs are rising and we are all paying these costs,” she said.

While animals emit greenhouse gases in their excrement—and in the case of cows and sheep, through belching and farting—the grain fed to conventionally raised livestock can also contribute to emissions, especially if it is grown on land which has been deforested in places like South America’s Amazon rainforest.

Animals raised organically are often grass-fed. But they also grow at a slower rate and spend more time expelling greenhouse gases before they are slaughtered.

All animals also need water to live, and separate research has shown that the global average water footprint—the total amount of water needed—to produce a pound of beef is nearly 1,800 gallons. For a pound of pork, it’s 576 gallons. In stark contrast, a pound of soybeans needs only 216 gallons of water; for corn, just 108 gallons.

The new study’s researchers said the results show a need for government policies that reflect the true cost of eating animals, including a meat tax. Revenues from such corrective measures could be used to help farmers adopt more eco-friendly practices, and to provide relief to poor families and people affected by the climate crisis.

However, instead of encouraging Americans to consume less meat, the U.S. government subsidizes animal agriculture by as much as billion annually. Shoppers pay artificially low prices for animal products at the supermarket checkout counter, while their tax dollars fund an industry whose retail sales approach 0 billion per year.

As David Simon notes in his 2013 book Meatonomics, for every of product sold by the animal agriculture industry, taxpayers pay in hidden costs, and a McDonald’s Big Mac really costs society .

If meat cost its actual price none of you leftist would be saying is classist to be vegan.

Its already cheaper to be vegan but imagine how much cheaper it would be if meat included its cost to society and climate in terms of greenhouse gas emissions.

“The big difference is the simple effect that when you have a field of plants and you eat them directly, then that’s the end of the [emissions], basically,” he added. “But for beef, for example, you need 42kg of feed to just produce one kg of beef. This huge inefficiency explains the gap.”