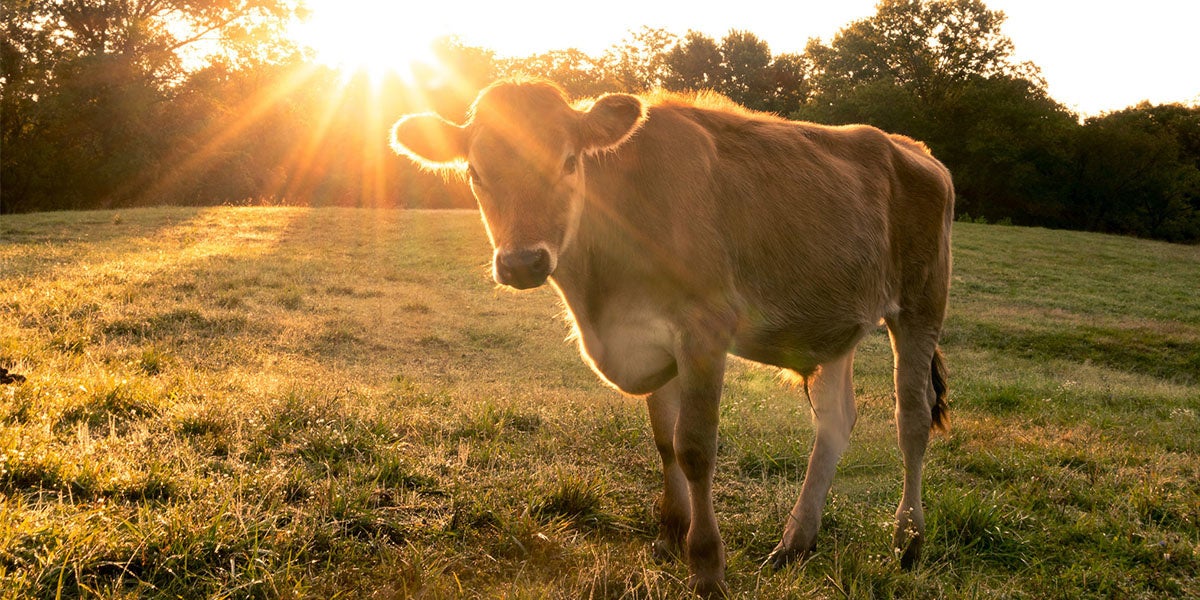 If you want to do something as an individual to fight climate change, promote biodiversity and protect the environment overall, the best thing you can do is go vegan, the scientists behind the most in-depth study to date of the ecological footprint of agriculture told the Guardian Thursday.

“A vegan diet is probably the single biggest way to reduce your impact on planet Earth, not just greenhouse gases, but global acidification, eutrophication, land use and water use,” study leader and University of Oxford professor Joseph Poore told the Guardian. “It is far bigger than cutting down on your flights or buying an electric car,” he said.

The study, published in Science Friday, set out to assess the environmental impact of different farming practices and agricultural products. Researchers studied 38,700 farms in 119 countries and 1600 processors, packaging types and retailers and considered the impact of 40 foods they produced and processed—accounting for 90 percent of all foods consumed worldwide—on five environmental indicators: land use, water use, greenhouse gas emissions, water pollution (eutrophication) and air pollution (acidification.) They found that even the least impactful meat and dairy products, including grass-fed beef, hurt the environment more than the most intrusive vegetables and grains.

Meat and dairy only provide humans with 18 percent of their calories and 37 percent of their protein, but farming them takes up 83 percent of agricultural land and produces 60 percent of agriculture’s greenhouse gas emissions. Eliminating meat and dairy farms would also be a huge boon to wild animals, since the percentage of the planet used for agriculture could then be reduced by more than 75 percent and still feed the planet. An area the size of China, the U.S., the EU and Australia combined would be free for wildlife to reclaim.

Even farm-raised fish have more of an impact on the environment than previously believed, the study found, since fish excrement and uneaten food that gathers at the bottom of fish ponds produces significant amounts of methane.

Researchers not involved with the study praised the breadth of the data it used and the resulting accuracy of its conclusions.

“This is an immensely useful study. It brings together a huge amount of data and that makes its conclusions much more robust. The way we produce food, consume and waste food is unsustainable from a planetary perspective. Given the global obesity crisis, changing diets—eating less livestock produce and more vegetables and fruit—has the potential to make both us and the planet healthier,” University of Leeds professor Tim Benton told the Guardian.

Poore said he hoped that farmers could use agricultural subsidies to lower the impact of their practices. He also recommended taxes for high-impact products like meat and dairy, along with subsidies for more sustainable products and labeling on packages alerting shoppers to the environmental impact of their food choices.

Going Vegan Is the Best Thing You Can Do for the Planet, New Study Proves https://t.co/QnqHFvQquI @YourDailyVegan @Veganmainstream