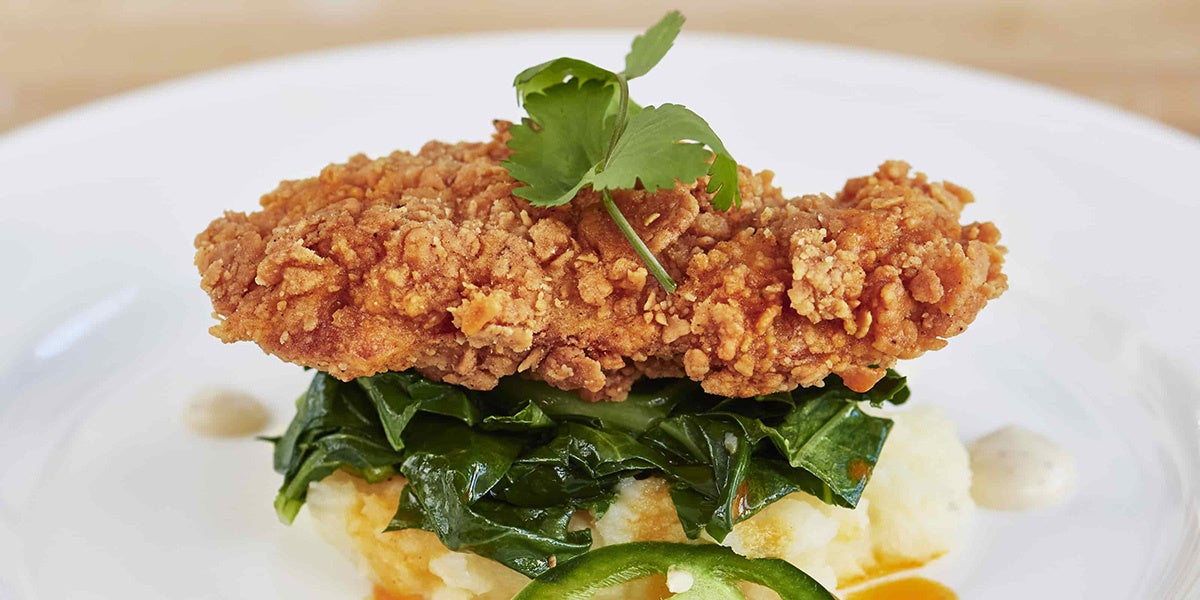 Lab-grown meat—also known as cultured meat or in vitro meat—has long been enticing for its potential environmental, social and economic benefits.

Lab-grown meat is not yet for sale—one of the most important American companies in the space, Memphis Meats, doesn’t expect to start selling its products until 2021—but it is coming. And that’s why the FDA, smartly, called for a public meeting to try to figure out just what to do with this stuff.

Lab-grown meat is typically made by harvesting certain kinds of cells, like embryonic stem cells, from living animals such as chickens or cows. Those cells are then placed on a sort of scaffolding, surrounded by a protein-rich medium, and allowed to grow. The scaffolding itself is made to be edible.

It is possible to acquire the initial animal cells without harming the animal in question, and it’s also theoretically possible to grow vast quantities of lab-grown meat from a single initial cell—it’s sort of like harvesting seeds from the fruit of a plant you grew from a seed. The possible benefits of lab-grown meat are obvious and enormous: Some studies suggest that lab-grown meat would require half as much energy as regular meat, produce a quarter of the greenhouse gases, take up basically no arable land space and greatly reduce water needs as well.

The FDA recently announced a public meeting, to be held on July 12th, to discuss how to regulate lab-grown meat. The FDA plans to start with some basic questions: How should lab-grown meat be evaluated for safety? What sorts of medium should be allowed? What kinds of manufacturing methods should be permitted?

The FDA also noted that it expects labeling to be a major topic of conversation. Dan Murphy, writing for Drovers (a long-running meat and livestock industry publication), affirms that expectation. Murphy wrote: “The entrepreneurs branding and positioning their creations want to identify them as “beef” or “chicken,” even though they’re not derived from conventional animal agriculture. To avoid problems down the road, if and when such products become price-competitive and thus more widely available, unique names ought to be required so that there is a clear line between meat from livestock and alt-meat from a factory.”

The meat industry is likely to take a great deal of interest in this FDA meeting, and the regulations to follow. Some are already hedging their bets; Tyson, for example, is already an investor in Memphis Meats. We, too, will be following this closely.