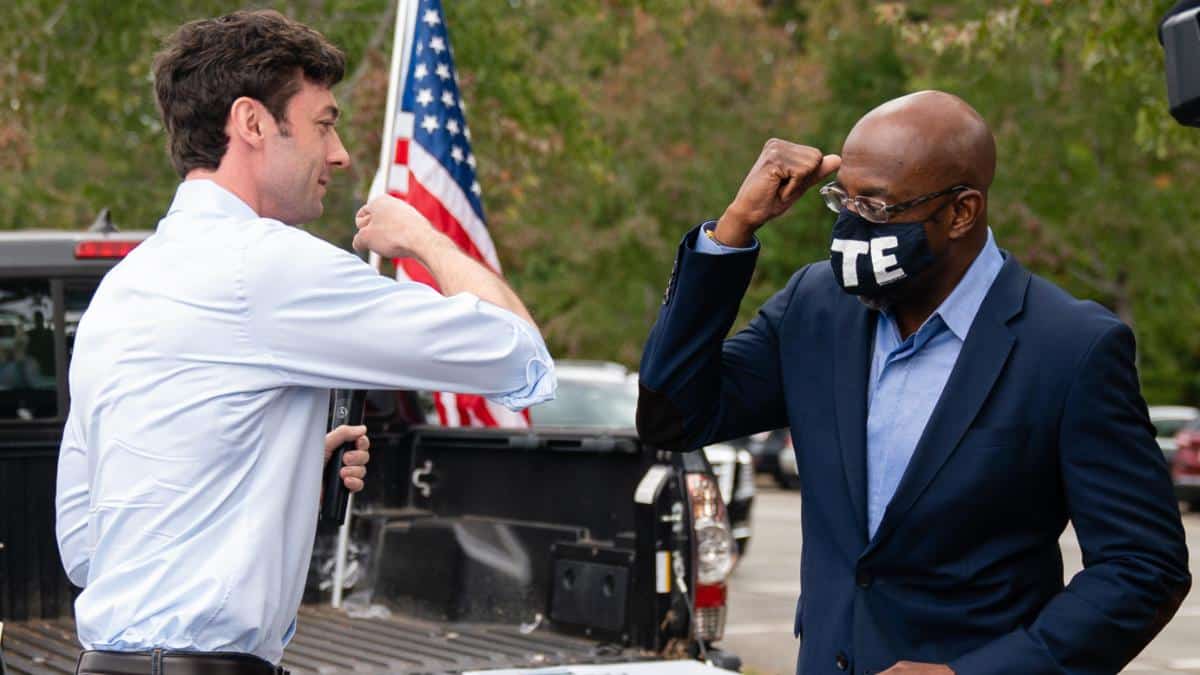 Democrats have won control of the Senate and with it, a fighting shot at passing meaningful climate legislation.

The Associated Press called the two Georgia runoff Senate races for Democrat Reverend Raphael Warnock at 2:05 a.m. EST Wednesday morning and for Democrat Jon Ossoff at 4:16 p.m. EST Wednesday afternoon. Their win means the Senate is now split 50-50 with Vice President-elect Kamala Harris acting as a tie-breaker, giving the Democrats a majority in the chamber for the first time since 2015, The Guardian reported.

But what does this victory actually mean in practical terms? First, it means that President-elect Joe Biden will have an easier time confirming his cabinet nominees, Grist explained.

The Biden administration has announced a slate of climate-focused nominees, including the historic choice of environmental justice advocate and Representative Deb Haaland (D-NM) to serve as the first Indigenous Secretary of the Interior, and the first Indigenous cabinet secretary.

Second, control of the Senate will enable the Democrats to more easily reverse some of President Donald Trump‘s last-minute environmental deregulations, The New York Times reported. The Congressional Review Act gives Congress the power to reverse rules recently made by federal agencies with a simple majority vote. Congress can now use that power to undo the “Secret Science” rule finalized by the Environmental Protection Agency (EPA) this week, which restricts the kinds of studies the EPA can use when crafting policy. Congress can also reverse the recent rollback of a law protecting migratory birds.

Finally, Congress now has a shot at passing some of Biden’s trillion climate plan as part of an economic stimulus or infrastructure bill. However, the Democrats’ razor-thin majority in the Senate means they will still have to compromise with moderates and Republicans to pass any major legislative packages, both Grist and The New York Times reported.

Robert Stavins, Harvard Kennedy School director of environmental economics, told The New York Times that a Democratic double-victory in Georgia was “important across the board, but it doesn’t bring them the ultimate freedom they would have if they had a supermajority.”

Still, that slim majority was important enough that progressive climate groups worked to get out the vote in Georgia, despite the fact that Ossoff does not back the Green New Deal, as Kate Aronoff noted for The Republic. (However, he does support a green infrastructure plan similar to Biden’s, and Warnock has also spoken in favor of environmental action, Grist reported. Both candidates want to rejoin the Paris agreement and reverse Trump’s deregulations.)

Young Georgia voters were an important part of the coalition that helped Biden win Georgia in November and helped Ossoff and Warnock win in Tuesday’s runoff, along with voters who were Black, suburban, women, low-income and new arrivals to the state, The Guardian reported.