7 Environmental Takeaways From the 2020 Election Season 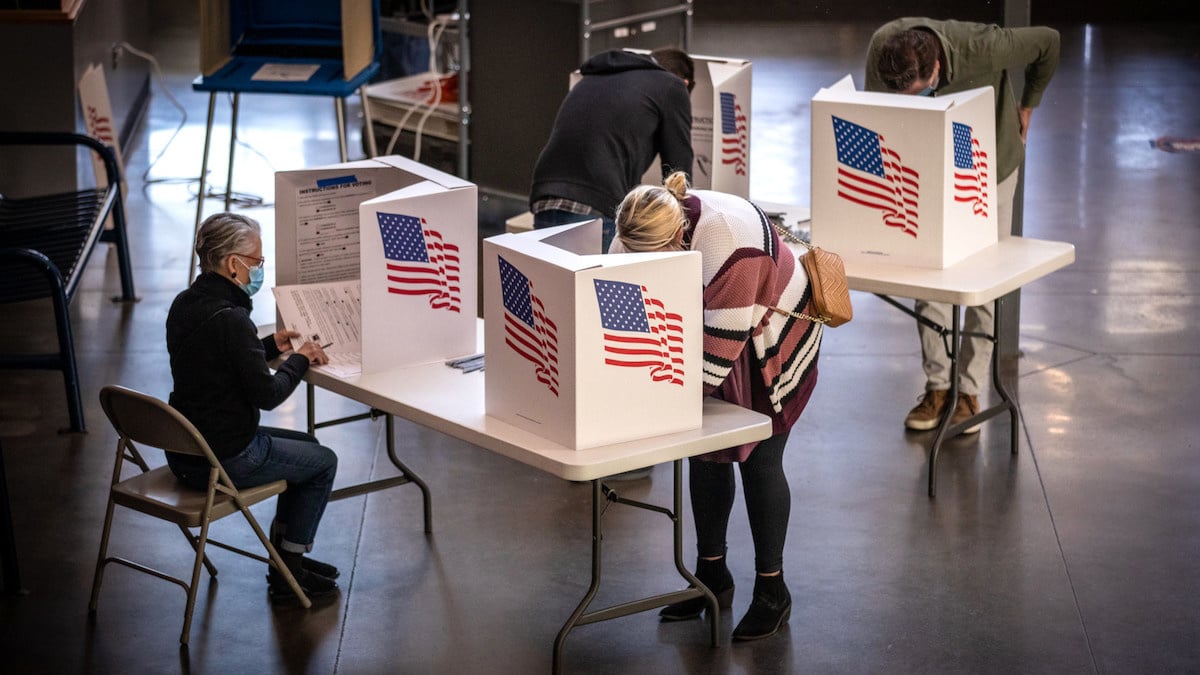 Well, that was interesting … and hair-raising. At press time the harrowing presidential race of 2020 remains too close to call, as do a few key congressional and Senate seats. The Senate may not even settle out until January, when Georgia will hold runoff elections and we’ll find out which party controls that house of government.

But while we wait — patiently or otherwise — for those votes to be tallied, let’s take a moment to step back and look at several big-picture environmental takeaways from the election season.

Despite the lack of real policy debate — let’s face it, this was less an election of ideas and more a contest of ideologies — climate change played an unexpected and thankful role. That started most noticeably in the unannounced climate question during the first presidential debate. After that several political ads made climate an issue, and some Democrats stumped on it. We didn’t see any speeches solely about climate, but Biden and Harris brought it up strongly several times during the last days of the campaign.

And yes, the very real risks of climate change played a role in driving people to the polls. A survey conducted last month found that 58% of Americans were either “very concerned” or “somewhat concerned” about the threats of climate change. That included 90% of voters who favored Biden at the time. Biden and Harris spoke to that, and voters listened. Life lesson: When you talk about and take seriously issues that affect peoples’ lives, they lend you their ears.

This growing support for climate action means that if Trump ultimately wins reelection, and then continues to ignore climate (as he obviously would), there will be prices to pay on the international stage starting in January and again at the polls in 2022.

But the extinction crisis did not get any real play in this election, even from progressive Democrats. Considering the oversized role of wildlife trafficking in the emergence of the COVID-19 pandemic, preserving biodiversity will need to become a major policy initiative moving forward.

Luckily many environmental organizations made this a key call during the campaign, so we can expect to see some progress on this if Biden is confirmed as the next president. (If not, expect more Trump attacks on the Endangered Species Act and other wildlife policies.)

Racial inequality was one of the main themes of the election, but the candidates did little to address income inequality, the greatest driver of political and social unrest in this country. If we don’t take dramatic action about that soon, it will give further strength to the Proud Boys, QAnon conspiracy junkies and their extremist ilk — and that will spill out into environmental issues like livestock ranching, public lands protection and environmental justice.

Fortunately the presidential and vice-presidential debates, and Democratic candidates themselves, made a big deal out of other issues related to inequality, such as racism, LGBTQA+ rights and women’s rights. Unfortunately, the fact that nearly half the country voted to reelect a racist misogynist — and many other candidates who rode on his coattails — does not bode well for the future. These are all issues that have deep environmental implications, so we as a people and as a country need to do a lot better.

People like to vote. And record numbers turned out this year, even amidst the pandemic. But who knows how many more votes would have been counted — and how many races would have had different outcomes — if not for the 29 Republican techniques for voter suppression used during this election?

So come on, Republicans, stop trying to prevent our citizens from doing their democratic duty. If you can’t play fair, get out of the game. (And while you’re at it, stop suppressing science related to pandemics and climate change, ‘K?)

Everyone else: Watch your back. The same Republican-appointed, Federalist Society loyalist judges who have ruled (and may yet rule) on so many of this year’s voting lawsuits will soon find cases about climate change and other environmental threats on their dockets.

The Democratic Party needs to refine its messaging on oil and gas. It’s got some decent policies — such as ending subsidies and stopping development on federal land — but that doesn’t ease the fears of people terrified by a forced transition in their lives and careers. The evidence is clear that these industries not only harm the planet and peoples’ health, they’re also failing financially. The faster we transition those jobs, the less pain we’ll all feel when oil, gas and coal collapse like a house of cards.

Speaking more broadly, the media landscape remains hopelessly bifurcated, and that seeds division within the country, reaching from politics to basic information such as COVID-19 safety measures and crises like climate change. That needs to change. To address this issue, education standards should include teaching media literacy — and all adults should be encouraged to learn how to spot disinformation and bias. (It’s telling that Media Literacy Week 2020 was held the week before the election.)

It’s all a bit bigger than this, obviously. Most people self-identify as belonging to — or diverging from — one political party first, then pick the media outlet that supports that worldview. But the right-wing media notoriously spreads more disinformation about environmental issues, so finding a way to break that chokehold will go a long way toward bridging that divide.

An obscene amount of money was collected and spent on this election — a record billion, according to OpenSecrets, which tracks political spending.

On the one hand, we saw an amazing increase in small, individual donations. That’s great.

But corporations and PACs poured cash into candidates’ coffers (either directly or in support of their campaigns), and it felt like most of that went to fund blatantly dishonest campaign ads.

And what’s the ultimate cost of those donations? Will special interests return with their hands out? We’ll never know for sure, since most of those dollars (on both sides of the political aisle) are hidden from the public record, although it’s certainly happened before. That needs to change if we ever hope to transform this economy and save the planet.