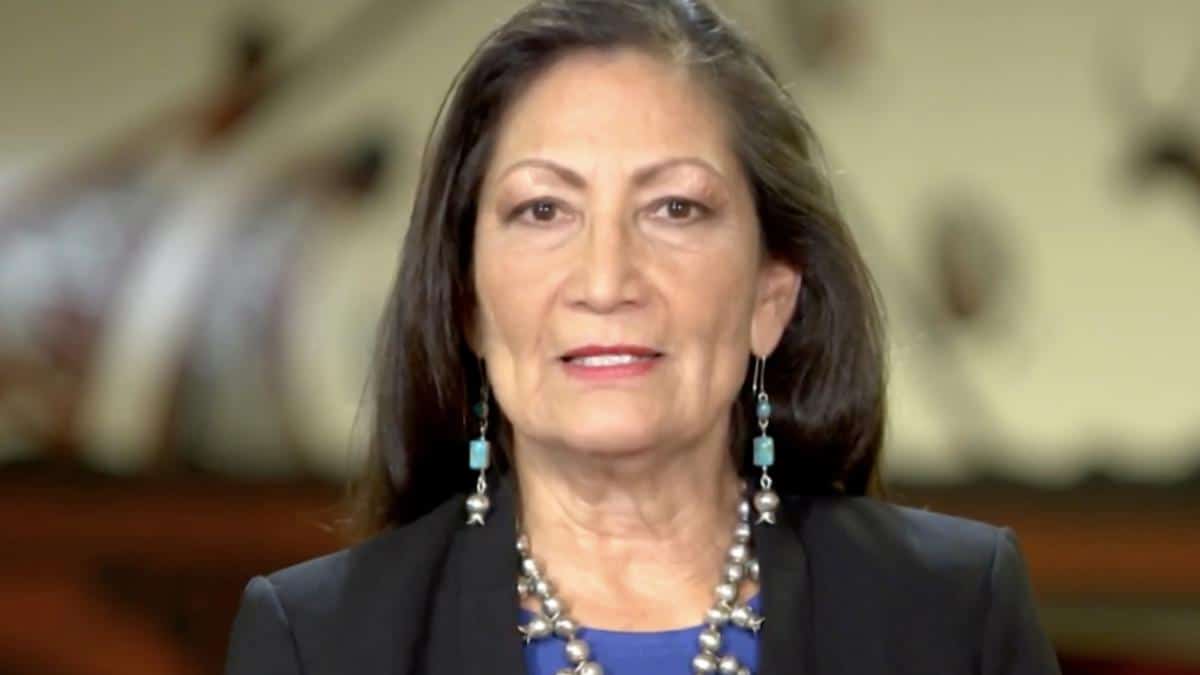 President-elect Joe Biden announced Thursday that he picked New Mexico Representative Deb Haaland to serve as Secretary of the Interior.

If confirmed by the Senate, Haaland would be the first Native American to hold a cabinet secretary position. However, her appointment as head of the Department of the Interior is especially significant, since the department has historically committed injustices against Indigenous Americans and currently is the agency most responsible for their welfare.

“A voice like mine has never been a Cabinet secretary or at the head of the Department of Interior,” Haaland tweeted Thursday. “Growing up in my mother’s Pueblo household made me fierce. I’ll be fierce for all of us, our planet, and all of our protected land. I am honored and ready to serve.”

Haaland hails from the Pueblos of Laguna and Jemez, Indian Country Today reported. She made history in 2018 as one of the first two Indigenous women to be elected to Congress. In the House, she currently acts as the vice chair of the Committee on Natural Resources and chair of the Subcommittee on National Parks, Forests and Public Lands.

As head of Interior, Haaland will oversee the department that manages around 500 million acres of public lands, including national parks, habitat for endangered species and oil and gas drilling sites, The New York Times reported. The department also manages the Bureau of Indian Education and the Bureau of Trust Funds Administration, which controls funds held in trust for Native Americans, making it the most impactful department for the nation’s 1.9 million Indigenous people.

Haaland will bring to the post a clear commitment to both Indigenous rights and environmental justice. As committee vice chair, she has worked to keep the climate crisis front and center while also supporting clean energy plans that help create new jobs and opportunities for former fossil-fuel workers, InsideClimate News reported. She supports the Green New Deal and a ban on fracking.

“She brought her own cooking things and opened her trunk up, and said, ‘This is the best I can do,'” Archambault said. “The stew was really good; the tortillas were excellent.”

Haaland’s appointment is itself a victory for Indigenous and environmental groups, who loudly supported her to the Biden transition team. Biden was reportedly leaning toward appointing Senator Tom Udall of New Mexico, according to The New York Times. But a combination of activists, Congressional Democrats and celebrities, including Mark Ruffalo, spoke up in her favor. The Lakota People’s Law Project launched a petition that was backed by more than 120 tribal leaders. More than 130 tribal leaders also wrote letters to Biden and Vice President Kamala Harris supporting her appointment, and groups such as NDN Collective and IllumiNative campaigned online, Indian Country Today reported. The Indigenous Environmental Network also rallied around her, and the climate-justice focused Sunrise Movement also supported Indigenous activists in backing her nomination.

Haaland’s appointment is a continuation of generations of Indigenous activism for more control over a department that has historically been party to their displacement and oppression. For example, in 1972 around 500 Indigenous activists occupied the department’s Washington, D.C. headquarters demanding it honor treaties and improve living standards, The New York Times reported.

“It could not have been in our forefathers’ dreams to have an actual Indian be appointed at the Cabinet level in the agency that is meant to oversee their absorption,” Lakota People’s Law Project attorney and Indigenous activist Chase Iron Eyes told The Washington Post.

If confirmed, Haaland will be tasked with reversing Trump administration Interior policies hostile to both Indigenous people and the environment, such as the shrinking of Bears Ears and Grand Staircase-Escalante national monuments in Utah, according to The New York Times. She will also carry out Biden’s agenda of banning fracking on public lands. Plus, Haaland has pledged to shift the department’s emphasis from championing oil and gas development to boosting renewable energy.

The undeniable reality of climate change is taking a toll on lives and livelihoods across the country.

This team will listen to scientists, experts, and affected communities as we race to confront one of the most urgent challenges facing our nation.https://t.co/kj73D37Ql9

“This brilliant, tested, trailblazing team will be ready on day one to confront the existential threat of climate change with a unified national response rooted in science and equity. They share my belief that we have no time to waste to confront the climate crisis, protect our air and drinking water, and deliver justice to communities that have long shouldered the burdens of environmental harms,” Biden said.