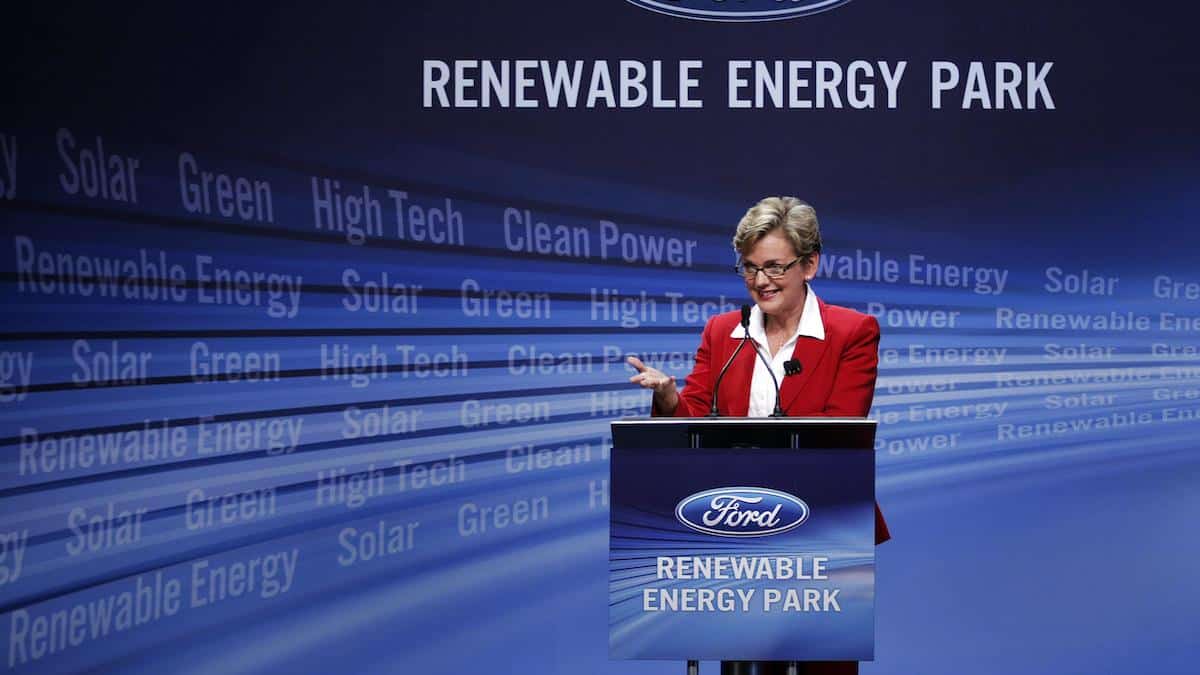 “These selections are a major victory for the broad and diverse movement pushing Joe Biden to keep top contenders with dangerous fossil fuel ties out of his Cabinet and administration,” Collin Rees, senior campaigner at Oil Change U.S., said in a statement shortly after news of the picks broke Tuesday evening.

“Gina McCarthy is a proven climate advocate with the experience to hit the ground running and coordinate an all-of-government response to the climate crisis,” said Rees. “Jennifer Granholm is an experienced leader with a strong record of support for renewable energy and opposition to the disastrous Keystone XL and Dakota Access oil pipelines.”

Biden’s selections came on the heels of reports that the president-elect was considering returning industry-friendly former Energy Secretary Ernest Moniz to his old post, a move environmentalists warned would spell disaster for the hopes of a transformative climate agenda. As Common Dreams reported late last month, dozens of environmental groups mobilized in an effort to dissuade Biden from picking Moniz — or anyone else with ties to the fossil fuel industry.

“Shout out to all the grassroots groups who opposed his nomination and opened up the space for more ambitious policy,” tweeted Jamie Henn, director of Fossil Free Media.

Celebrating Biden’s picks as highly encouraging, Henn pointed to a 2016 event at which Granholm was asked whether she sided “with the Standing Rock Sioux in opposition to the Dakota Access pipeline.”

“Yes, I do,” Granholm said. “We ought to be doing everything we possibly can to keep fossil fuel energy in the ground and developing the renewable side.”

If confirmed as energy secretary, said Henn, Granholm’s “first order of business should be shutting down DAPL, KXL, Line 3, Line 5, and other dangerous fossil fuel projects.”

Climate activists also praised Biden’s reported plan to nominate McCarthy, a former U.S. Environmental Protection Agency (EPA) administrator, as White House climate coordinator, a position that does not require Senate confirmation. Biden has not yet decided on his nominee for EPA chief.

“Congrats to Gina McCarthy, who has been a great partner and ally to the Sunrise Movement,” said Evan Weber, Sunrise’s political director. “She has listened and worked alongside us to push for Joe Biden to be bolder and braver. We’ll have to continue to push — that’s what movements do — but good to know we’ll have an ear.”

Gina McCarthy signed our ambitious Green Stimulus proposal right away, back in early March, long before ppl consolidated around the idea. As the head of the NRDC, this was an act of leadership.

Natalie Mebane, associate director of policy at 350.org, said in a statement late Tuesday that the president-elect’s picks are “positive steps,” describing Granholm and McCarthy as “two powerhouse leaders who will stick to a bold and ambitious climate agenda.”

“We look forward to working with both McCarthy and Granholm to reverse course on four years of climate destruction and meet the scale of the climate crisis,” said Mebane.

Rees of Oil Change U.S. added that “Joe Biden’s entire government must be dedicated to mobilizing for an end to the fossil fuel era, and these announcements are a step in the right direction.”