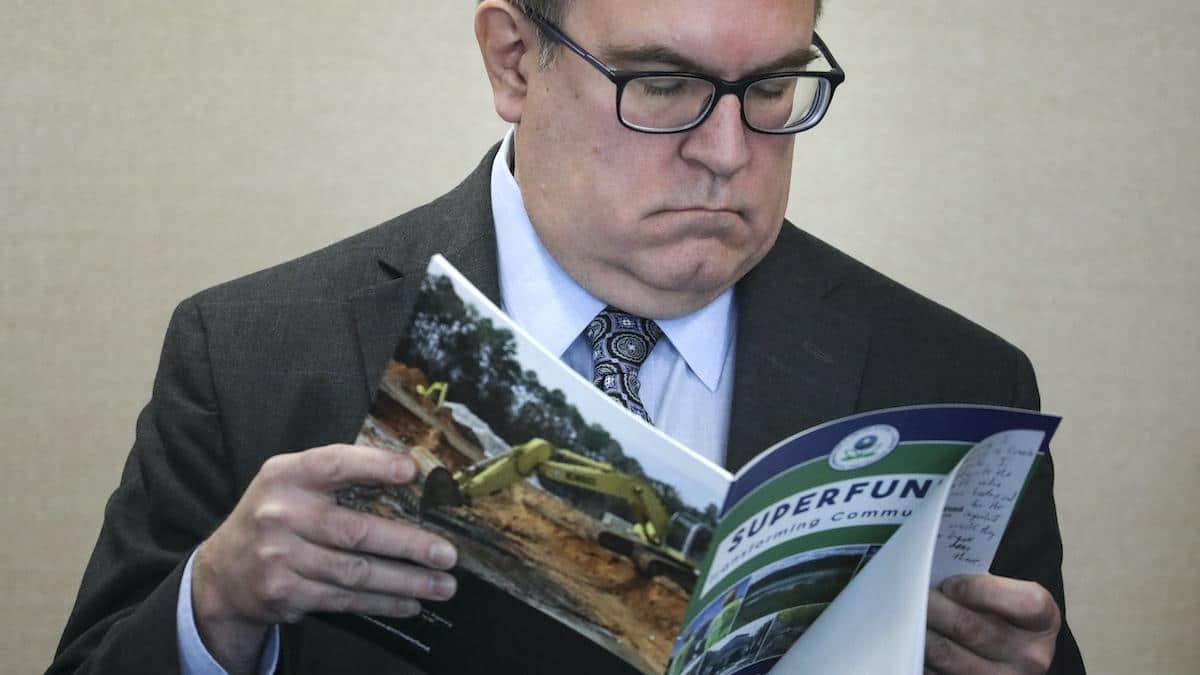 The rule — sometimes called the ‘Secret Science’ rule — will require EPA to give less credence to scientific studies that take into account individuals’ medical histories and other data that cannot be made public. Such studies have served as the foundation for a half-century of clean air and clean water protections.

“It’s as absurd as it sounds,” Sen. Tom Carper (D-Del.) said in a statement. Had the rule been in place, the EPA would have been unable to require mercury pollution cuts from coal-fired power plants because it would have been unable to show how mercury impairs brain development. It could also effectively bar EPA from relying on foundational research — including findings that lead paint dust harms children and that air pollution causes premature deaths — when existing public health protections come up for renewal.

“The people pushing it are claiming it’s in the interest of science, but the entire independent science world says it’s not,” Chris Zarba, a former director of the EPA’s Science Advisory Board, told The Washington Post.

“Right now we’re in the grips of a serious public health crisis due to a deadly respiratory virus, and there’s evidence showing that air pollution exposure increases the risk of worse outcomes,” said Dr. Mary Rice, a pulmonary and critical care physician who is chairwoman of the environmental health policy committee at the American Thoracic Society.

“We would want E.P.A. going forward to make decisions about air quality using all available evidence, not just putting arbitrary limits on what it will consider,” she said.