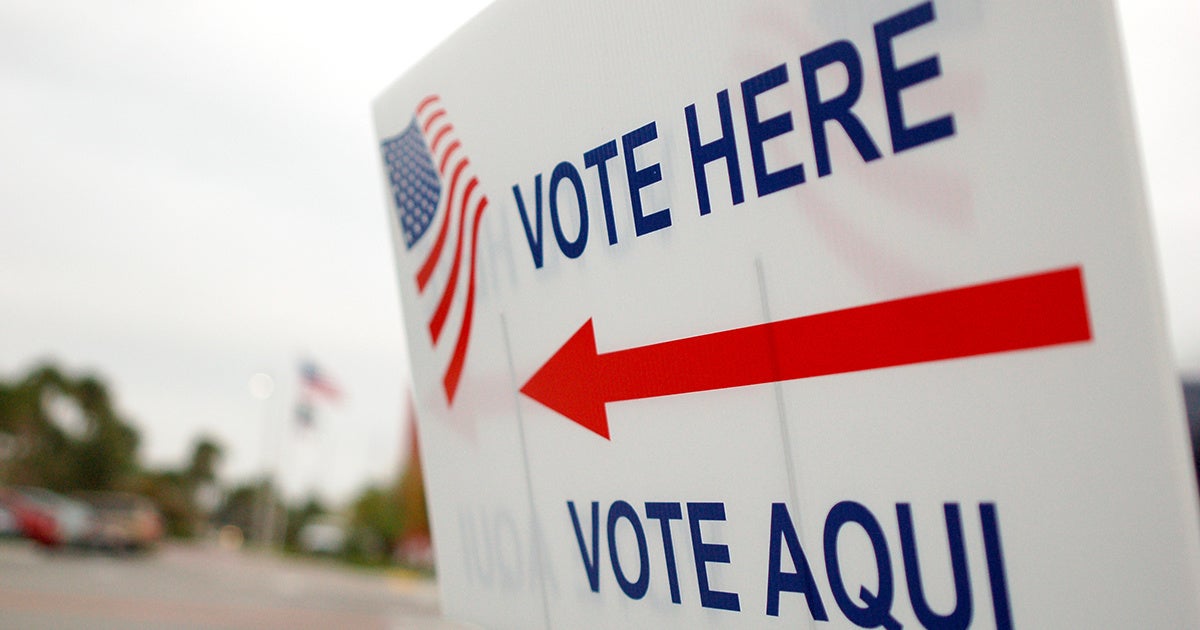 Today is election day in the U.S., which means that if you are a U.S. voter whose state doesn’t have early voting, today is the day to head to the polls and make your voice heard.

A lot of the races in this year’s midterm election have big consequences for the environment. The Sierra Club has even assembled a list of 10 “Fossil Fools” to boot from office because they consistently prioritize fossil fuel interests over the environment and public health.

But environmental voting isn’t just about picking certain candidates over others. A number of states are also considering important ballot measures that give voters a direct say on environmental issues, from protecting endangered species to promoting renewable energy. Here are five to keep track of as you watch the results come in tonight.

If Washington voters approve I-1631 today, they would make their state the first in the nation to impose a fee on carbon emissions, as EcoWatch has pointed out previously. The initiative would charge $15 per metric ton of carbon emissions beginning in 2020 and raise the fee by $2 every year until the state meets its 2035 emissions goals. The funds would be directed towards clean energy and transit, and cleaning up polluted communities.

The fossil fuel industry has outspent the “Yes” campaign two-to-one, but initiative has some very prominent supporters.

Climate change may be the toughest problem humanity has ever faced — but it's solvable. Washington has a unique opportunity to lead the way as a hub for innovation on clean energy. I urge you to vote yes on 1631. Ballots must be in the mail by Tuesday. https://t.co/TjuU5KZ7pX

In an attempt to limit risks from fracking, Proposition 112 would ban oil and gas development within 2,500 feet of homes, buildings, water sources or other sensitive areas. If it succeeds, it could actually be a major blow to Colorado’s growing shale industry, as CNN explained:

If approved, the ballot question would eliminate future drilling locations in a chunk of the surging Denver-Julesburg, or DJ, basin in Colorado, one of the nation’s largest oil-producing states. Much of the Colorado land held by oil companies like Anadarko Petroleum (APC) and Noble Energy (NBL) would suddenly be off limits to new drilling.

Not surprisingly, the oil and gas industry is also spending hard to stop this measure, to the tune of more than $30 million. But supporters remain defiant.

If Prop. 112 passes in #Colorado, it will show that PEOPLE CAN stand up to #oilandgas companies and win.

That stands to be big source of empowerment for people across American West who are sick and tired of being pushed around by industry. #Yeson112!https://t.co/Ln6thte4kZ pic.twitter.com/Qlf6UQ55X2

Both opponents and supporters of the measure have spent a lot to win the day, making it the most expensive ballot measure in Arizona history.

The Union of Concerned Scientists came out strongly in support of the measure, arguing that it would save utility customers money, improve public health by reducing air pollution, create jobs and reduce greenhouse gas emissions, among other benefits.

.@TedDanson knows it’s forking important to vote #YESon127 to clean up our energy and our politics! pic.twitter.com/fWaKHqDE3M

Florida’s Amendment 9 tries to kill two birds with one stone. It would both ban offshore oil drilling on land beneath state waters and ban vaping in indoor spaces.

This odd combination occurred because Florida’s Constitution Revision Commission, which meets every 20 years to suggest amendments to the state’s constitution, has the right to bundle changes on the ballot. They argued that combining the two made sense because they were both environmental issues and because it would save space on the ballot, Vox explained.

But it might backfire. Several local newspapers expressed concerns about forcing voters to say yes or no to two different things at once in their endorsements. Others see it as a win-win.

“The issues together send a message of clean air, clean water,” Constitution Revision Commission member Lisa Carlton, who wrote the pre-bundled vaping measure, told Grist. “I cannot think of anything more important than protecting our near shores in Florida.”

Ballot Measure 1 would impose new requirements and a new permitting process for any developments that would impact bodies of water that salmon and other fish call home. It’s a response to the controversial Pebble Gold Mine, a project that was so threatening to the local watershed that even Trump’s Environmental Protection Agency (EPA) put its efforts to approve it on hold.

Oil and gas interests, as well as 12 of Alaska’s Native Regional Corporations, say that existing protections for salmon are sufficient and the measure would hurt the economy, Ars Technica reported. Wildlife groups like the Alaska Conservation Foundation are supporting it.

We are voting Yes on 1 because we can't bear to think about an Alaska without wild salmon! Get the Facts on Ballot Measure 1 at https://t.co/PwP8XTJqnE. Photo: Roy Corral #Yeson1 #YesforSalmon #StandforSalmon #AlaskaConservation #Alaska pic.twitter.com/j4BnR5Saur