5 Women Environmental Leaders You Should Know 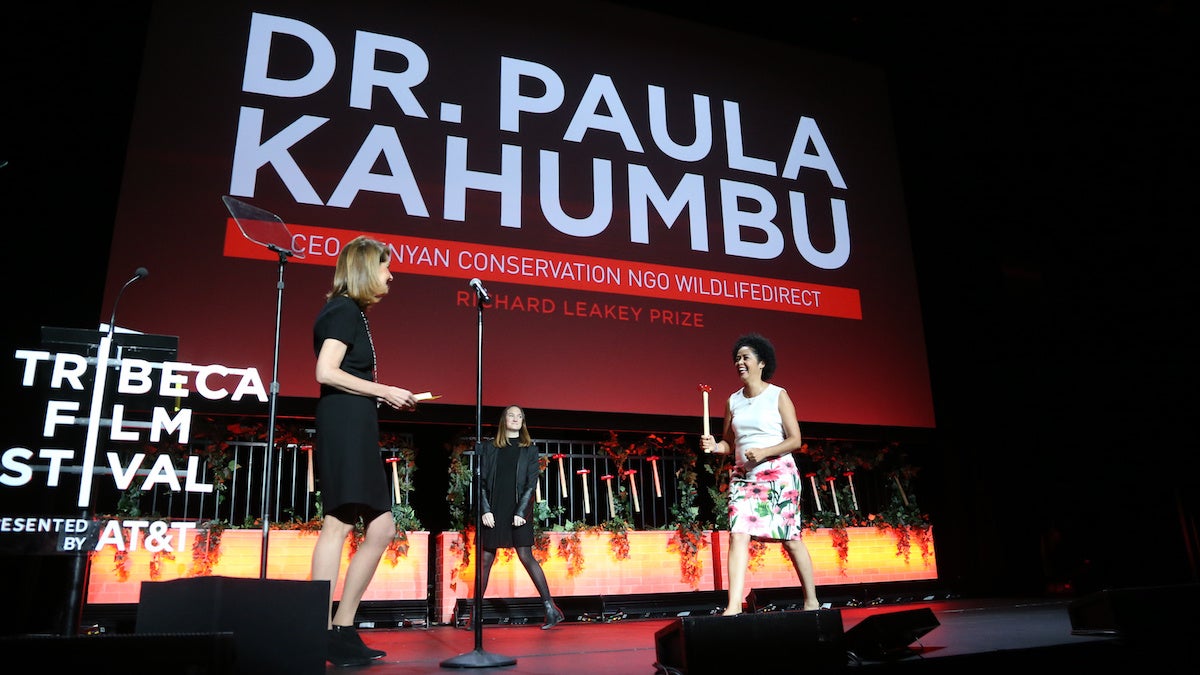 Women have long been at the forefront of the effort to protect the earth and its creatures. Some of them, like Greta Thunberg and Jane Goodall, are household names.

Others, like around 55 percent of the people who hit the streets for 2014’s People’s Climate March, are anonymous (s)heroes. In between these extremes are many women who have made a significant individual difference as scientists, inventors or activists and who deserve more recognition for their inspiring efforts.

Here are five women using their unique talents to protect the planet that we at EcoWatch think you should know about.

Only nine percent of the world’s plastic is actually recycled. The rest is landfilled, burned or discarded into the environment, where it risks joining the eight million metric tons that pollute the world’s oceans every year. But Miranda Wang is working to change that.

Together with her high school friend Jeanny Yao, Wang developed a method of using chemicals to break down unrecyclable polyethylene film plastics — such as the infamous plastic bag — into reusable compounds, The Mercury News explained. In 2015, the pair co-founded the company BioCellection when they were just 21 to put their invention into practice.

“[W]hen I visited my first waste plant, the scale of the problem hit me,” Wang told UN Environment. “All that waste.”

She is now tackling the problem full time as CEO of BioCellection, which is based in Menlo Park, California. She is working on a pilot program with the city of San Jose and its waste handler GreenWaste to integrate her and Yao’s innovation into its preexisting system.

“The long-term goal is to be able to recycle all of the city of San Jose’s — and other cities’ — polyethylene plastic,” Wang told The Mercury News.

Dr. Paula Kahumbu, who has been called the “life force” behind Kenya’s conservation movement, has been working to protect elephants since she was in her early 20s. She and a group of friends measured every piece in Kenya’s ivory stockpile to create an ivory “bonfire” in 1989, The Independent reported.

Since then, she has gone on to earn a Ph.D. at Princeton in ecology and evolutionary biology, to serve as the CEO of Kenyan conservation nonprofit WildlifeDirect, and to launch the successful Hands Off Our Elephants Campaign with Kenyan first lady Margaret Kenyatta in 2014.

“From spending so much time with [elephants], I know they are not just another animal,” she told The Independent. “They are beings with personalities; with families; with feelings. It is such a horrendous injustice to allow them to be slaughtered.”

Hands Off Our Elephants works to tackle the poaching crisis in Kenya by enacting new laws and making sure they are enforced, working directly with communities to develop conservation strategies that benefit humans and wildlife and building public support in Kenya for elephant conservation. Since it was launched, elephant poaching in the country has decreased by 80 percent and rhino poaching by 90 percent. One of Kahumbu’s key insights has been the importance of engaging Africans, and particularly African women, in protecting their continent’s unique animals.

“It can be hard for Africans, and especially African women, to be heard in this male-dominated world of Western scientists and academics,” she told The Independent. “Maasai women, who have been studying elephants for 20 to 40 years each; should have Ph.D.s [by now], but they don’t. There has been a real failure to develop the capacity of the people who are instrumental on the ground.”

The election of right-wing Brazilian President Jair Bolsonaro was a blow to climate action and indigenous rights. So far, he has overseen historic wildfires in the Amazon rainforest and pushed to open indigenous forest reserves to the mining and fossil fuel industries. But indigenous women are fighting back.

Among them is 19-year-old Artemisa Xakriabá, a member of Brazil’s Xakriabá tribe. In August, she participated in the first Indigenous Women’s March in Brasilia to protest Bolsonaro’s anti-environment and anti-indigenous policies, HuffPost reported. She was then chosen by a coalition of South American and East Asian indigenous youth groups to represent their cause at youth climate strikes in New York and Washington, DC last September.

Xakriabá’s activism predates Bolsonaro, however. When she was only seven, she helped her classmates reforest 15 riverside areas near their traditional territory in Minas Gerais in southeast Brazil, according to HuffPost.

In New York, she spoke of the common struggle of all women to protect the earth.

Dr. Maria Caffrey is another woman who stood up to a climate denying administration.

In 2012, the National Park Service (NPS) funded a project she had designed to estimate future sea levels and storm surges at 118 coastal national parks based on different levels of greenhouse gas emissions, as Caffrey wrote for The Guardian. She completed the first draft in the summer of 2016, but then President Donald Trump took office, and the report was delayed. Finally, a colleague told her that all mentions of climate change had been edited out of her report. Senior officials wanted her to approve the changes, and, if she refused, threatened to release the report without climate references, to delete her name or not to publish it at all.

“Each option would have been devastating to my career and for scientific integrity. I stood firm,” she wrote. “And I prevailed.”

The report was published, but Caffrey paid for her persistence. She received pay cuts and demotions and then, in February 2019, NPS refused to renew her funding, leading Caffrey to file a whistleblower complaint against the administration.

Caffrey also sued the administration and testified before Congress in an attempt to raise awareness about the silencing of scientists.

In India, the expansion of coal doesn’t just hurt the global climate. Government-owned Coal India and its subsidiaries have bypassed local and international law in evicting people from their homes in order to expand mines in the states of Jharkhand, Odisha and Chhattisgarh, according to a 2016 Amnesty International report publicized by The Guardian. These evictions particularly target indigenous Adivasi communities, including a woman named Nirupabai whose home was bulldozed in 2014.

“I cried, I screamed, trying to save it,” she told The Guardian of the eviction. “All my things, my son’s school books, a year’s worth of rice, everything was scattered, everything in ruins.”

But Nirupabai has gone on to fight the coal company with every means at her disposal, Elle reported. She has picketed company offices, spoken at environmental hearings and she spoke in The Cost of Coal, India’s first VR film to be acquired by the UN. What she wants is for Coal India to stop expanding until people like her are compensated for the land they have lost.

“You tell me what will grow on this poor land? Coal is the heart of the earth, but they remove it and say we are the sarkar. What is it that you have in your pocket that you didn’t take from our land?” Nirupabai said, according to Elle.

Nirupabai has won one important victory. Coal India usually does not let women who have been displaced by its activities work in the mines because it deems the work unsafe. But a court order filed by another woman, Ratthobai Rathia, has given her the right to work for the land she has lost. Nirupabai isn’t done fighting, however.

“I will fight for every last inch,” she told Elle.