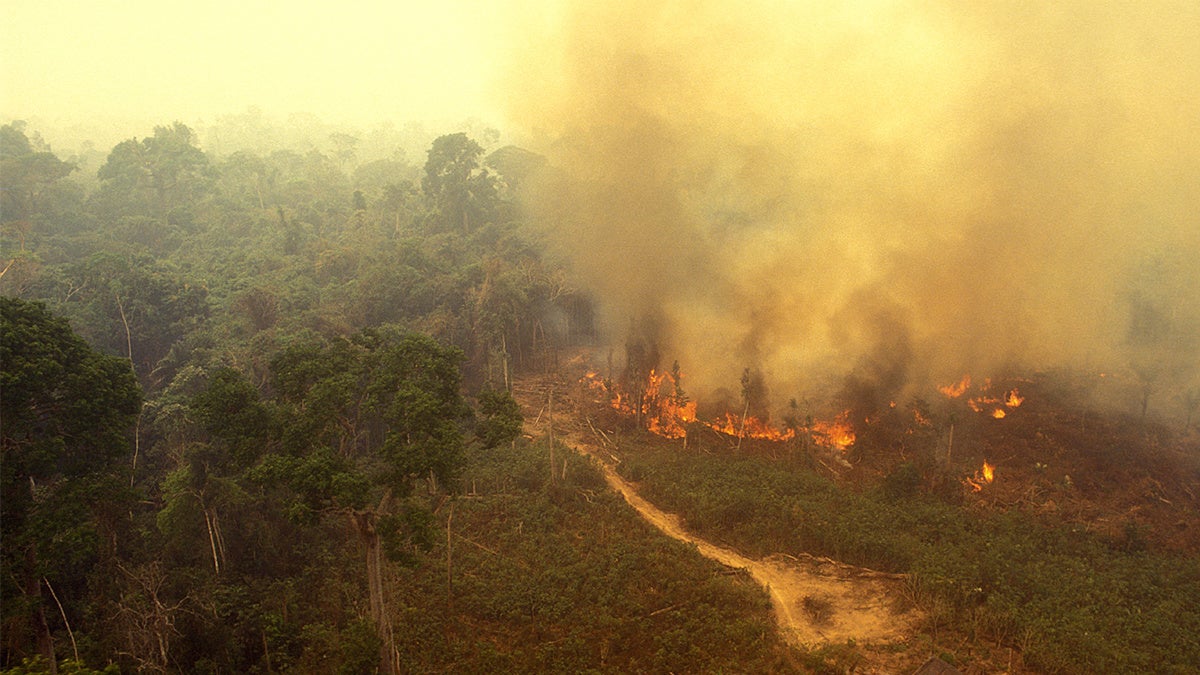 A stock photo of fire in the Amazon; a record number of fires have burned there this year. Brasil2 / E+ / Getty Images

There are a record number of wildfires burning in the Amazon rainforest, Brazil‘s space agency has said. Their smoke is visible from space and shrouded the city of São Paulo in darkness for about an hour Monday afternoon, CBS news reported.

“It was as if the day had turned into night,” São Paulo resident Gianvitor Dias told BBC News of the incident. “Everyone here commented, because even on rainy days it doesn’t usually get that dark. It was very impressive.”

The darkening of São Paulo — caused when wind carried smoke from fires burning 2,700 kilometers (approximately 1,678 miles) away — focused international attention on the fires, as the hashtag #prayforamazonia began to trend on Twitter.

Also on Monday, Brazil’s National Institute for Space Research (INPE) announced that a record number of fires were burning in the world’s largest rainforest, Al Jazeera reported. The agency said that it had spotted nearly 73,000 fires in the Brazilian Amazon since January, up 83 percent from the year before. Satellite images have turned up more than 9,500 new fires since Thursday alone.

The fires also showed up on National Aeronautics and Space Administration (NASA) satellite images captured Aug. 11 and 13. The U.S. agency said that fire activity in the Amazon had actually been below average this year. While it was above average in the states of Amazonas and Rondônia, it was below average in Mato Grosso and Pará. 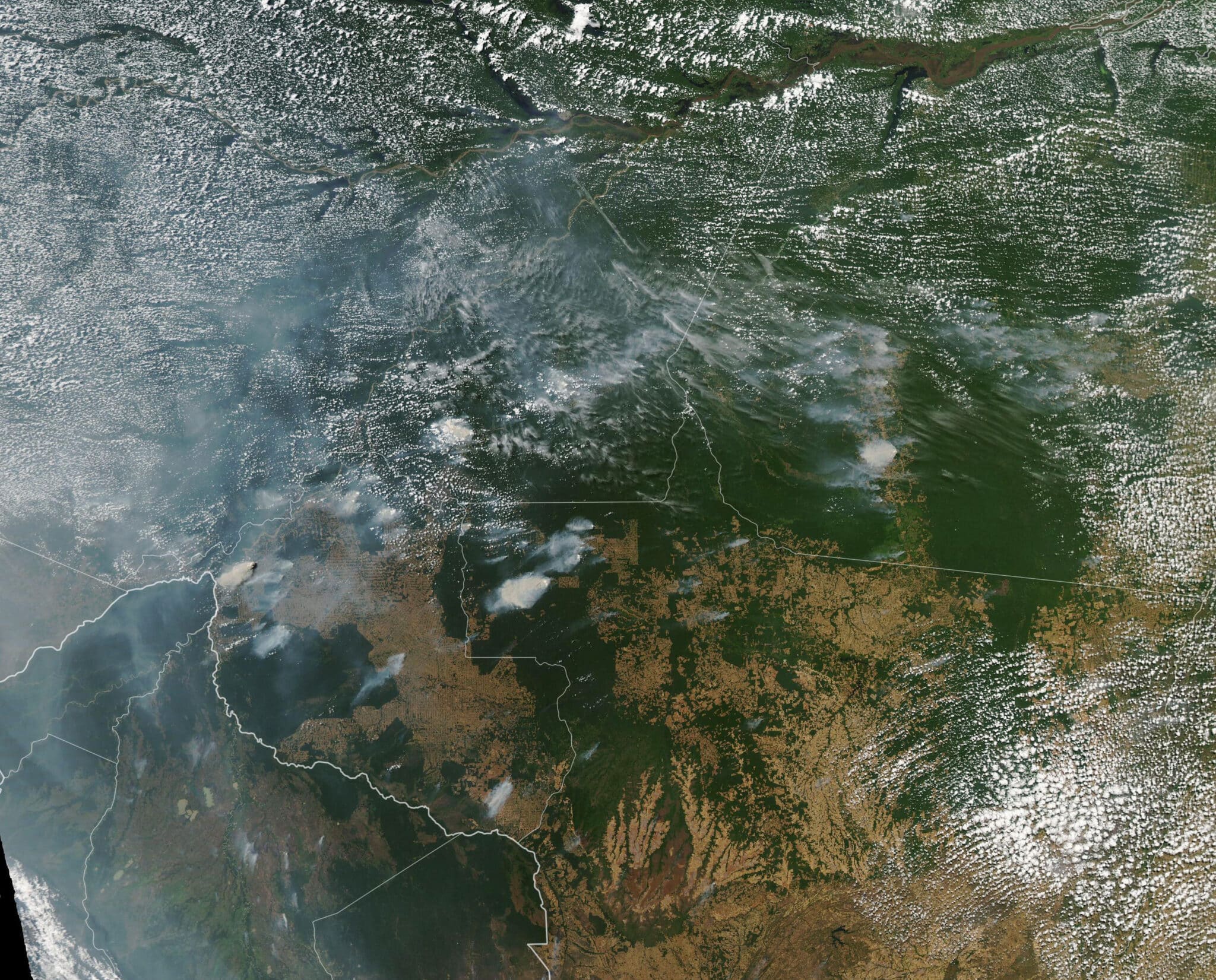 Smoke from Amazon wildfires captured in a satellite image Aug. 13.

Wildfires in the Amazon, which is an important sink for carbon dioxide, have been increasing in recent years due to the climate crisis and deforestation, The Washington Post reported.

The uptick in the total number of fires this year also coincides with the election of far-right President Jair Bolsonaro, who has promised to open more of the Amazon to mining and farming. While fires are common during the dry season, they can also be started illegally to clear land for cattle, and the INPE said the high number of fires this year could not be blamed exclusively on the climate.

“There is nothing abnormal about the climate this year or the rainfall in the Amazon region, which is just a little below average,” INPE researcher Alberto Setzer told Reuters.

But Bolsonaro rejected the idea that his policies could be to blame. He argued that this was the time of year called the queimada, when farmers clear their land with fire.

“I used to be called Captain Chainsaw. Now I am Nero, setting the Amazon aflame. But it is the season of the queimada,” he told reporters, according to Reuters.

The figures from INPE come weeks after Bolsonaro fired the agency’s director after the agency published dramatic deforestation data that Bolsonaro claimed was false, BBC News reported. INPE had said that deforestation had increased 88 percent in June 2019 when compared to the year before. INPE says its data is 95 percent accurate.