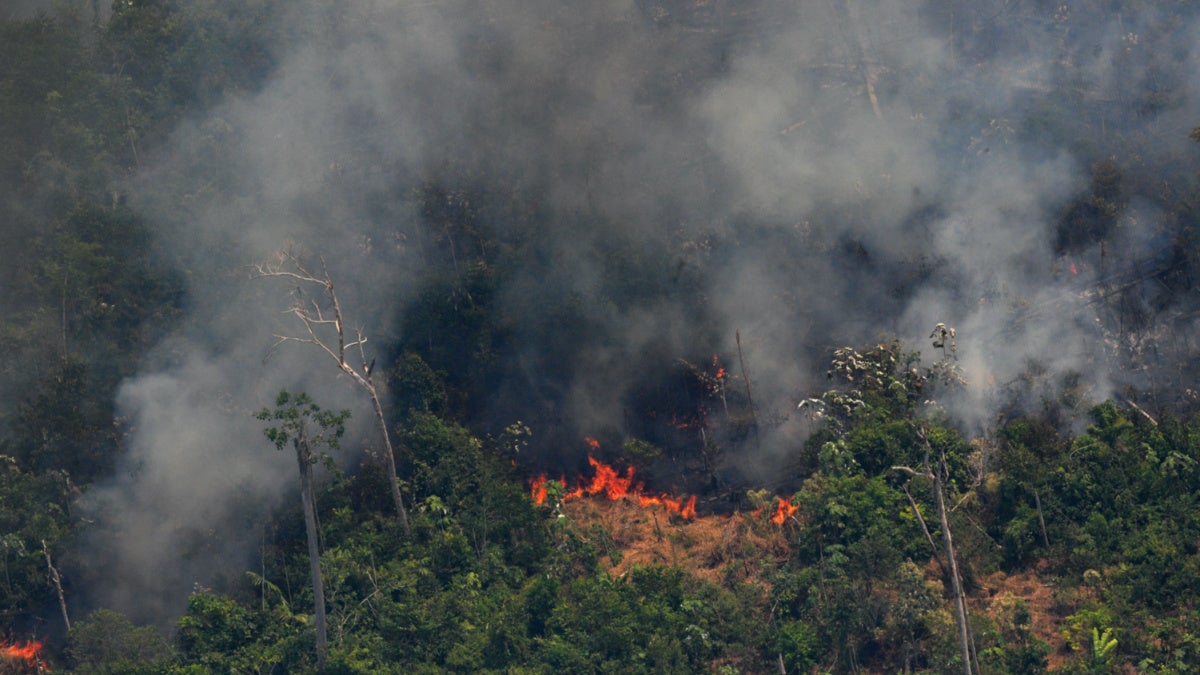 The number of forest fires in Brazil’s Amazon rainforest increased 28% in July in comparison to last year, the country’s National Institute for Space Research reported Saturday.

Brazil holds around 60% of the Amazon basin region and environmentalists say this area is vital to containing the impact of climate change.

Environmentalists were alarmed by the figure, particularly because August traditionally marks the beginning of the fire season in the region. Many now fear that a repeat of the large surge in fires that devastated the area last August could occur this year again.

“More than 1,000 fires in a single day is a 15-year record and shows the government’s strategy of media-spectacle operations is not working on the ground,” Greenpeace spokesman Romulo Batista said in a statement.

The fires have been largely set to clear land illegally for farming, ranching and mining. Activists accuse Brazilian President Jair Bolsonaro of encouraging the deforestation, as he has been in favor of opening up the rainforest to agriculture and industry.

The first six months of 2020 were already the worst on record for deforestation in the Brazilian Amazon, with 3,069 square kilometers (1,185 square miles) cleared, according to INPE data, an area larger than the nation of Luxembourg.

On July 16, the Brazilian government banned burning in the Pantanal wetlands and the Amazon forest for four months.

President Bolsonaro also issued an order in May for the military to coordinate environmental actions in the Amazon.

But experts say the fire numbers indicate the government’s response has not been effective. The deforestation index also remained high this year until July, compared to the last couple of years, according to Carlos Nobre, a researcher at the Advanced Studies Institute in the State University of Sao Paulo.

“We can conclude, with data until the end of July, that the effectiveness of government actions to reduce fires and deforestation is low,” he said.

Experts also say that this year’s dry season will be even more prone to fires than last year. U.S. space agency NASA warned last month that warmer ocean surface temperatures in the North Atlantic have creating the conditions for a more extreme drought in the Amazon.

“Human-set fires used for agriculture and land clearing more prone to growing out of control and spreading,” NASA warned. “Conditions are ripe.”