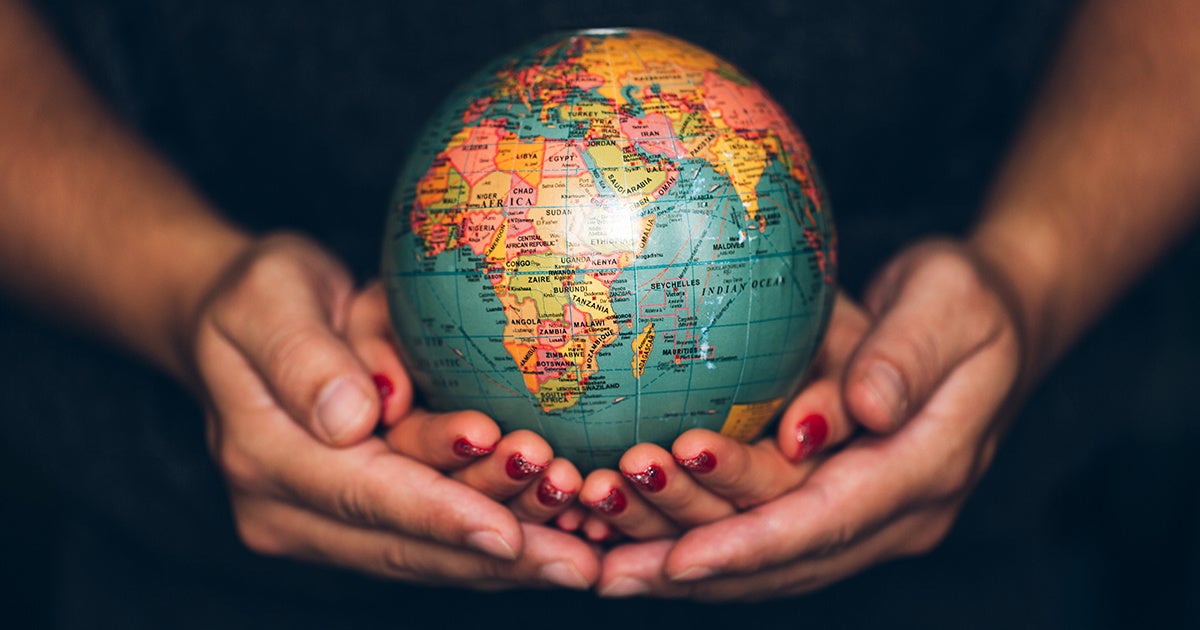 Three years into the Sustainable Development Goals—17 global goals set by the United Nations—many countries’ policy makers are developing domestic legislation that will help them reach environmental targets, from cutting carbon emissions to improving clean water and sanitation. But when it comes to environmental research and action, weighing the options to reach policy decisions relies on personal experience and perspective as well as facts and evidence, and gender plays a major role.

So what impact could the gender balance be having on these decisions, and therefore the future of our planet? Potentially quite a significant one.

Although it’s tempting to assume that such important decisions are made based on objective evidence, a new study conducted by a team at the University of Nebraska-Lincoln and the International Labour Organization in Geneva, Switzerland, reveals that gender has an impact throughout the process. According to the researchers’ groundbreaking systematic analysis of gender differences in views across a range of political areas, female economists are more likely to support environmental policies than their male counterparts.

“When you make the argument that men and women should be at the table when policy is being debated and developed, you’re assuming they have different views on things, but it hadn’t been tested,” said Prof. Ann Mari May of the University of Nebraska-Lincoln, who led the survey of economists across 18 European countries. “Gender had never been looked at; we did it because we were curious.”

While the impact of the two most prominent genders on environmental leanings in the policy context might not have been investigated until now, there have been many studies on the differences between primarily cisgender men and women when it comes to the environmental attitudes in general.

In 2014, researchers from the University of Melbourne found a significant link between gender and environmental identity, showing that women are more likely to strive for environmental protection. This, say the researchers, is in line with even earlier results, such as a 1996 study published in the journal Environment and Behavior exploring five hypotheses that explain why women appear to be more environmentally conscious than men.

In 1999, a team of researchers from New Zealand analyzed data from a survey of U.S. homeowners and showed that women are more environmentally concerned than men. Furthermore, women have been shown to have a smaller carbon footprint than men. Moreover, a review of a decade of studies like these shows that women have stronger environmental attitudes and behaviors than men, across age and geographical boundaries.

If the impact of gender on environmental attitudes and behaviors is so strong, it stands to reason that this would be true at work as well as at home, regardless of women’s socially prescribed roles. It’s tempting to imagine people working in certain professions, like economists for example, to be immune to subjectivity. In reality, their perspectives have a major impact on their opinions, and therefore their decisions.

“There’s a notion that economists and scientists are doing their work outside of a cultural environment, and it shouldn’t matter who’s doing the study,” May said. “But in reality, we know your experience in life presents you with a different lens through which you view the world.”

If this holds true, then researchers have a lot more to investigate: To date, there have been no such studies on genders that fall outside the two most dominant genders on the spectrum. What might the results look like for transgender people or genderqueer people? Does sexual orientation impact the findings? Perhaps future studies will give us a deeper understanding of the full impact of gender and sexual orientation on policy development.

In 2018, May and her colleagues Mary G. McGarvey and David Kucera published a large survey of U.S. economists that didn’t show any statistically significant differences in cisgender men’s and women’s views on policy issues. Still, they weren’t convinced that they asked enough questions, so they went into greater detail when they did a similar survey of economists in Europe.

“We interviewed economists from 18 [European Union (EU)] countries working in universities and offering Ph.D. programs in economics,” May explained. “We asked a wide range of policy questions and after controlling for things like country and region, where they earned their Ph.D. and when, we tested the results to see if there were differences in their views in five different areas. The results show differences in all five areas, specifically in the area of environmental economics.”

They asked participants a range of specific environmental policy questions, such as, Should the EU ban Arctic drilling? Are carbon trading schemes appropriate for reducing carbon emissions? In general, women were either neutral about, or agreed that more should be done, whereas men mostly disagreed that more should be done. The biggest gap the researchers identified was on the question of whether the EU should continue its ban on planting genetically modified crops, with women supporting the ban.

For May, the significant difference in attitudes toward environmental policy was perhaps more unexpected than differences in other areas. “We have a group of questions that focuses on gender and equal opportunities; women were more likely to believe women’s opportunities were not equal to men’s, whereas men were more likely to disagree or be neutral. You could say this is due directly to experience—women experience the world differently, hence they have a different view on opportunity. It’s a more interesting question to think about something like the environment.”

The bigger question is what’s behind these differences. Last year, Aaron R. Brough of the Jon M. Huntsman School of Business at Utah State University and James E.B. Wilkie of Mendoza College of Business at the University of Notre Dame carried out seven experiments with 2,000 participants from the US and China, showing a psychological link between eco-friendliness and perceptions of “femininity.” Writing in Scientific American, they explained:

Due to this ‘green-feminine stereotype,’ both men and women judged eco-friendly products, behaviors, and consumers as more feminine than their non-green counterparts. In one experiment, participants of both sexes described an individual who brought a reusable canvas bag to the grocery store as more feminine than someone who used a plastic bag—regardless of whether the shopper was a male or female. In another experiment, participants perceived themselves to be more feminine after recalling a time when they did something good versus bad for the environment.

Another study pointed to personality, suggesting that the differences are down to traits like empathy and what scientists call “social dominance orientation” (SDO)—a measure of our preference for hierarchy. The New Zealand-based researchers tracked 4,381 primarily cisgender participants’ values over one year, concluding that “women tended to display higher levels of environmental values because they were higher in empathy and lower in SDO, while men displayed lower levels of environmental values because they were lower in empathy and higher in SDO.”

The Political Impact of the Gender Imbalance

When it comes to policy, cisgender men and women have different ways of talking about environmental issues, too. Earlier this year, researchers from Pennsylvania State University published a study showing that climate change policy arguments focusing on science and business are attributed more to men, whereas those focusing on ethics and environmental justice are attributed more to women. Reflecting previous research on the causes behind general gender differences in attitudes, they also found that “[m]en … tend to attribute negative feminine traits to other men who use ethics and environmental justice arguments.”

These differences pose a major problem when we consider the gender imbalance in politics. “If women were involved in policy, we might see different studies being done and different policy recommendations,” May said.

According to the Inter-Parliamentary Union, the U.S. ranked 104th globally for women in government in 2017, with just 20 percent of representatives in Congress being women. In Europe, there are currently between 29 and 37 percent of women in national and regional parliaments and governments, local assemblies, the European Parliament and the European Commission—all below the gender balance zone of 40 to 60 percent women.

“Right now, given the lack of gender balance in economics, it isn’t such good news for the environment,” May told Truthout. “The direction of change is slow, but there is movement toward democratization and including women in the policy process. There clearly needs to be more awareness and emphasis on the importance of including women and other disenfranchised groups in the policy process, and even the research aspect of it.”

The team is now preparing to publish a second study with U.S. economists to see whether primarily cisgender men and women really do agree or whether there are gender-related differences in their attitudes to environmental policy.

Organizations like the European Institute for Gender Equality are pushing for a better gender balance to support policy, summarizing a recent publication on the subject this way:

Equal participation of women and men in politics is an important condition for effective democracy and good governance. Apart from strengthening and enhancing the democratic system, the participation of more women in political decision-making has many positive effects on society that can help improve the lives of women and men. Benefits include more equitable societies and inclusive governance, higher standards of living, positive development in education, health and infrastructure, and a decrease in political corruption.

Given the findings of May and her team—and the decades of research showing how differently men and women think about the environment—protecting the future of our planet ought to be added to this list.