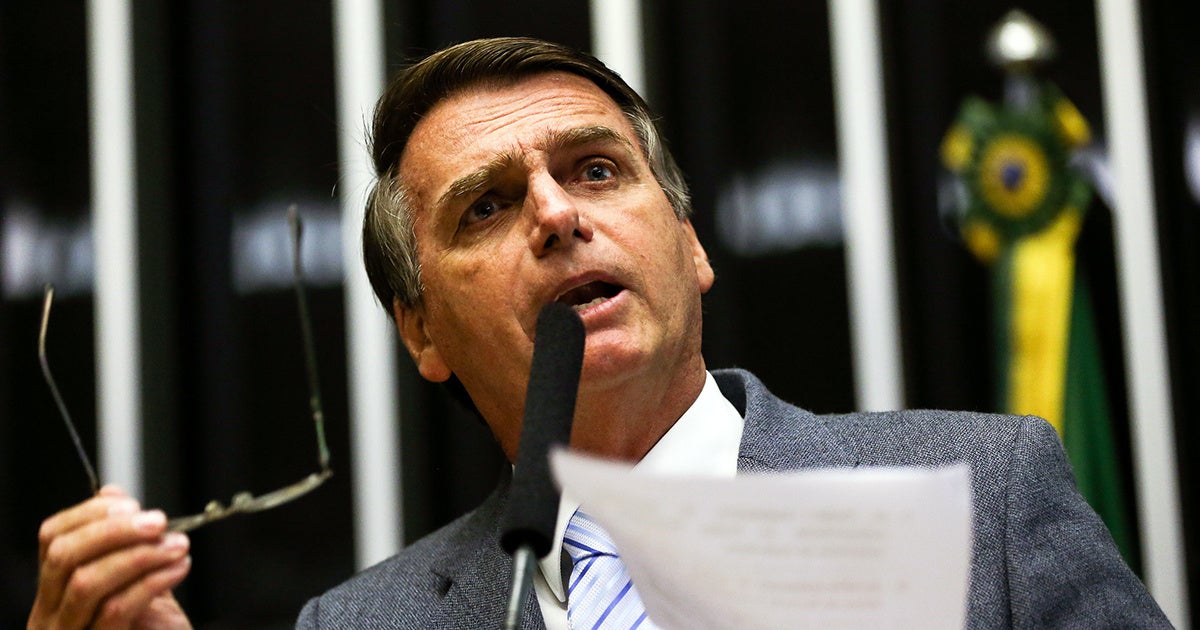 Like Trump, Bolsonaro has made homophobic, sexist and racist statements and emboldened right wing groups who share his views.

Also like Trump, he has talked tough about prioritizing his nation’s economy over environmental regulations, at one point even threatening to withdraw Brazil from the Paris agreement, as the Huffington Post reported, though he has since walked that back.

Here’s how a Bolsonaro presidency might impact Brazil’s environment, and the world’s.

Deforestation in the Amazon decreased by an impressive 70 percent from around 2005 to 2011 as a growing popular movement to protect the rainforest led to increased government regulations. From 2011 to 2017, as the country entered a more chaotic political period, the decrease in deforestation stopped, but it didn’t reverse.

Bolsonaro’s leadership could change that. He has promised to open more of the Amazon to development and to merge the country’s environment ministry with its agriculture ministry, which is controlled by agribusiness interests, The Guardian reported. He also wants to reconsider dams in the Amazon that were stopped because they posed too much of a risk to the forest.

“His reckless plans to industrialize the Amazon in concert with Brazilian and international agribusiness and mining sectors will bring untold destruction to the planet’s largest rainforest and the communities who call it home, and spell disaster for the global climate,” Amazon Watch Program Director Christian Poirier told CNN in a statement.

Part of Bolsonaro’s plans to open more Amazon regions to industry also trample on the rights of the indigenous communities that call them home.

“[Not one centimeter of land will be demarcated for indigenous reserves,” Bolsonaro said during his campaign, Reuters reported. He also vowed to open existing reserves to mining and farming.

This rhetoric could be deadly. Last year, 110 indigenous people were murdered in Brazil, largely for defending their land.

“Brazil is a ‘champion’ of killings in the countryside. This can be aggravated by these statements … because people’s acts follow such signals,” Paulo Barreto of Imazon told Reuters.

Towards the end of his campaign, Bolsonaro said he would keep Brazil in the Paris agreement as long as the country did not have to hand sovereignty of the Amazon, Andes and Atlantic Ocean over to indigenous or international groups.

But staying in the agreement might not matter much if deforestation in the Amazon is allowed to increase. The new report from the Intergovernmental Panel on Climate Change (IPCC) on limiting global warming to 1.5 degrees Celsius above pre-industrial levels said that planting more trees, and keeping existing trees in the ground, were both essential to meeting that goal.

Brazil was on the right track. Its deforestation efforts made it the world leader in reducing greenhouse gas emissions, it is one of the world’s largest producers of sustainable biofuels and it pledged to plant more than 70 million trees in 2017. Bolsonaro’s election puts that progress in jeopardy.

“The kinds of policies Bolsonaro has talked about could be catastrophic,” Environmental Defense Fund (EDF) senior director of tropical forest policy Steve Schwartzman told the Huffington Post. “Brazil is still the world leader in reducing greenhouse gas pollution. If that changes, it’s exactly what Brazil doesn’t need, and exactly what the world doesn’t need.”