Amazon Deforestation in Brazil: What Does It Mean When There’s No Change? 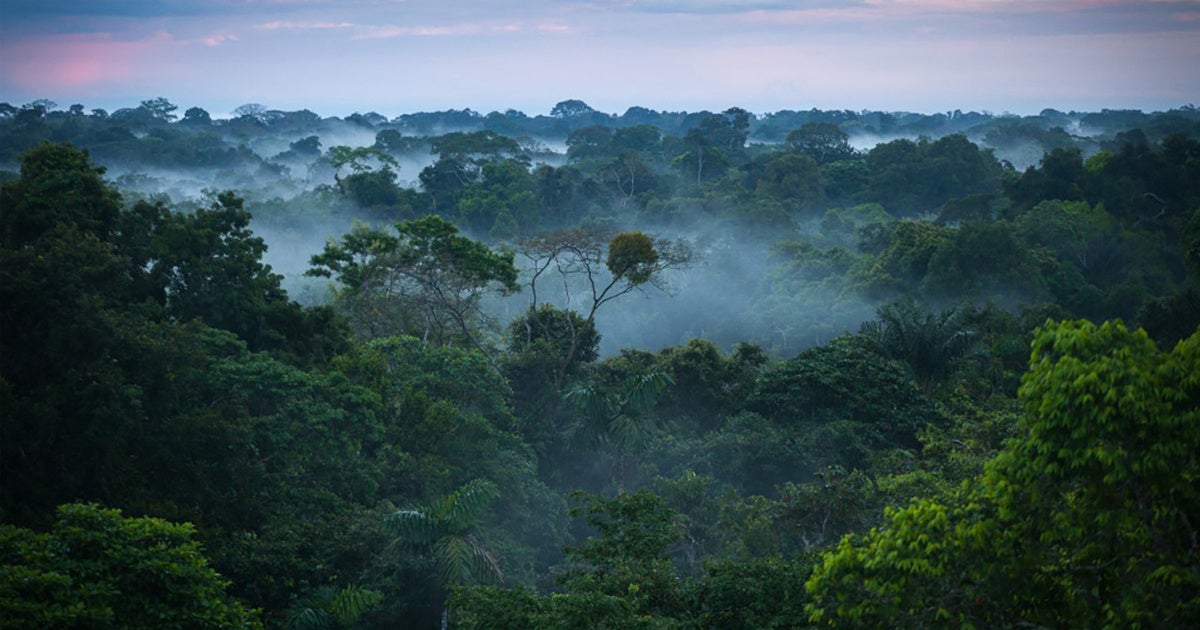 I was recently invited by the editors of the journal Tropical Conservation Science to write an update of a 2013 article on deforestation in the Brazilian Amazon that I had published with Sarah Roquemore and Estrellita Fitzhugh. They asked me to review how deforestation has changed over the past five years. The most notable result, as you can see from the graph in the just-published article (open-access), is that overall it hasn’t changed. And that’s actually quite surprising.

During the late 90s and early 2000s the deforestation rate in the Brazilian Amazon averaged about 20,000 square kilometers per year, driven by the rapid expansion of cattle pasture and the commercial soybean industry. Then, starting around 2005, it began to drop rapidly, falling by 70 percent in just half a dozen years. This dramatic drop cut Brazil’s national global warming emissions very substantially, in addition to having important benefits for biodiversity and for the people of the Amazon basin.

Since then—essentially no net change. There have been small fluctuations up and down in the annual measurements of deforestation (up in three years and down in three years, to be specific) but it remains at basically the same level. In 2017 the annual loss of Amazon forest was 6,947 km2; that compares to 6,418 km2 in 2011.

Why is this surprising? Because in the same period, Brazilian politics has been incredibly chaotic. To cite the most striking developments during this turbulent period: one President has been impeached and removed from office; an ex-President (during whose administration the decrease in deforestation was achieved) has been jailed and prevented from running again; and politicians across the political spectrum have been implicated in the corruption scandal known as “Lava Jato”—or Car Wash. Not to mention a major economic depression, the passage of legislation weakening of Brazil’s Forest Code, and the indictment of the world’s largest meatpacking company, JBS S.A., on charges relating both to deforestation and to selling tainted meat.

Why Then, Did Deforestation Remain Essentially the Same?

While there are many factors involved, the lack of change does seem to reflect the institutionalization of the reasons that caused deforestation to drop in the earlier period. These include regulations (and prosecutions) limiting the sale of beef and soy from deforested areas; increased transparency concerning who is deforesting and to whom they’re selling their beef and soy; improvements in efficiency which allowed farmers and ranchers to raise output without clearing more land; and underlying these, the development of a political movement, led by Brazilian NGOs, that made deforestation an important issue in national politics.

If the lack of change in deforestation is interesting, so is the way that the international media have covered it. My co-author Dora Chi and I reviewed news stories on Amazon deforestation (using Lexis-Nexis; our search found 134 print articles from 2013 through 2017) and discovered a common theme: the idea that although deforestation had fallen in earlier years, now it had gone back up. As our review showed, even though this interpretation isn’t borne out by the data, it was nonetheless quite frequently used in the media narratives about deforestation.

Perhaps this mis-interpretation simply reflects a common journalistic tendency to write “on the one hand… but on the other hand…” stories. Or maybe it’s that you can’t get a story into print if it says that there’s nothing new. It may also reflect our tendency to present data such as deforestation rates as percentages, without realizing how they can be misleading because they’re using different denominators. A quick example—if my income dropped by 50 percent last year, then turned around and increased by 50 percent this year—am I now back to where I was two years ago? No—I’m actually still 25 percent below that level.

So, both the lack of change in the data, and the mis-communication of its stability in the media, are notable phenomena. But there’s a third (non-)event worth noting, and that’s the fact that deforestation hasn’t dropped to zero, as it would have if the earlier trend had continued. This is a major failure in terms of its effect on climate change and efforts to reign in global emissions. It shows that Brazil’s political turbulence has had important consequences for the global environment.