Russia Unveils Plan to ‘Use the Advantages’ of Climate Change 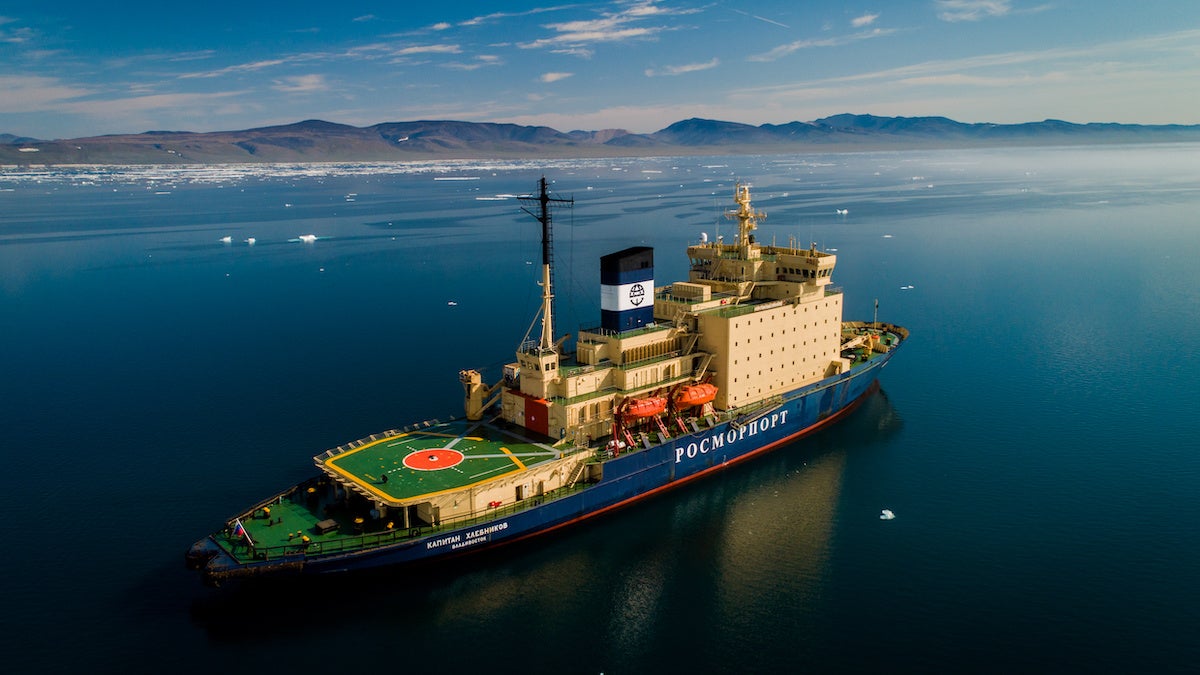 The Kapitan Khlebnikov ice breaker in the Chukchi Sea in the Wrangel Island State Nature Reserve, Chukotka, Russia on July 13, 2019. Shrinking levels of ice are expected to foster increased access to navigation in the Arctic Ocean. Yuri Smityuk / TASS via Getty Images

By Michaela Cavanagh (with AFP)

The Russian government has unveiled a plan to adapt the country’s economy and population to climate change.

The 17-page document was published online by Russia’s Ministry of Economic Development on Saturday, and outlines measures to mitigate the damage caused by climate change as well as to “use the advantages” of warmer temperatures.

It acknowledges that changes in the climate have had “a prominent and increasing effect” on industry, socioeconomic development and the health and well-being of the population.

The two-year scheme covers the first phase of the country’s adaptation to climate change until 2022, with the aim to “lower the losses” of global warming.

Climate change, the report says, poses a threat to public health, endangers permafrost and heightens the likelihood of infections and natural disasters. Russia will likely see longer and more frequent droughts, extreme precipitation and flooding, increased risk of fire as well as the displacement of different species from their habitats, according to the plan.

Expected positive effects of climate change, the plan says, include the reduction of energy consumption during warm periods, shrinking levels of ice which will foster increased access to navigational opportunities in the Arctic Ocean, and expanded agricultural areas.

The plan lists 30 economic and social steps designed to minimize the vulnerability of the Russia’s population, economy and natural resources to climate change.

These measures include considerations such as the government’s calculation of the risk of Russian products becoming uncompetitive if they fail to meet new climate-related standards, and preparing new educational materials to teach climate change in schools. The list also suggests dam building and shifting to drought-resistant crops, in addition to crisis-preparation measures like offering emergency vaccinations or evacuations in case of a disaster.

The country is one of the world’s most vulnerable to climate change, with large Arctic areas and infrastructure that is built on permafrost. In recent years, Russia has experienced flooding and fires, with the massive wildfires in Siberia in 2019 prompting the government to declare an emergency.

Russia experienced its hottest year on record in 2019, according to the country’s meteorological office.

Russia formally adopted the 2015 Paris agreement in September last year, and criticized the U.S. for withdrawing from the agreement.

However, President Vladimir Putin has repeatedly denied the scientific consensus that climate change is caused by man-made emissions. Last month, in his year-end press conference, he said “nobody knows the origins of global climate change.”

Environmental activists in Russia have been targeted by the authorities, while Putin has also criticized climate campaigner Greta Thunberg, portraying her as an impressionable teenager who can be “used” for someone else’s interests.

Tens of thousands of scientists have collated overwhelming amounts of data pointing to the man-made destabilization of Earth’s climate system and the importance of limiting current and future greenhouse gas emissions.