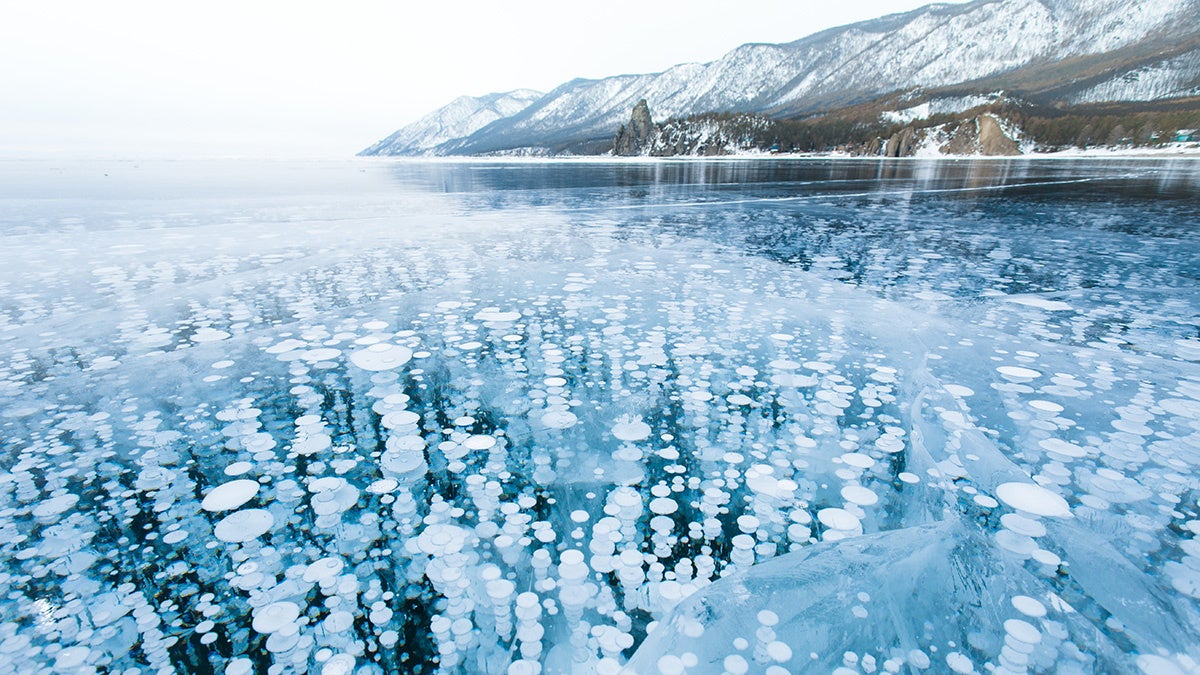 Russian scientists on an Arctic expedition have discovered, for the first time, methane “boiling” on the surface of the water that is visible to the naked eye. Forget high-tech detection devices, the methane is so pronounced that it can be scooped from the water in buckets, as Newsweek reported.

The research team from Tomsk Polytechnic University (TPU) found the methane leak east of Bennett Island in the East Siberian Sea. The methane bubbles, which create a boiling appearance, spanned an area over 50 feet, as the Telegraph reported. The concentration of atmospheric methane in that spot was 16 parts per million, more than nine times higher than the atmospheric average.

While the observed area is too small to cause any problems, it does spell trouble for ships if the problem gets worse. Methane leaked into the atmosphere may cause larger swaths of water to boil more violently, which can topple oil and gas rigs in the seas and lead to spills.

The gas, which is not as prominent as carbon dioxide, is 28 times as effective at trapping heat than CO2, making it a dangerous greenhouse gas, according to New Atlas.

While a lot of methane is released into the atmosphere from livestock and from fertilizer run-off, this methane manifested from underwater permafrost degradation, according to a TPU statement.

Permafrost locks up a tremendous amount of methane. If the permafrost gets weaker and allows the methane to seep out, there is potential for further warming, according to IFL Science.

“This is the most powerful seep I have ever been able to observe,” said lead scientist Igor Semiletov, who has participated in 45 Arctic expeditions, in a TPU statement this week. “No one has ever recorded anything similar.”

Observations like those made by Semiletov and his team cause scientists to worry about a positive feedback loop. That is when global temperatures increase, which causes the permafrost to thaw and release greenhouse gasses. Then the greenhouse gases cause more warming, more thawing and more greenhouse gas emissions, according to Newsweek.

This latest discovery follows a troubling summer for Arctic permafrost. At the beginning of the summer, scientists observed that the Canadian Arctic is melting 70 years ahead of schedule, as EcoWatch reported.

Semiletov warned that the sudden release of gases could cause serious harm to infrastructure, which would pollute the seas.

“If we don’t take into account research results about the condition of underwater permafrost, geological catastrophes similar to the (Deepwater Horizon) accident in the Gulf of Mexico could occur during exploratory and commercial activities, which would cause irreparable damage,” he said, as the Telegraph reported.

The Telegraph reported that a recent Russian study discovered that the rate of melting of underwater permafrost has doubled over the last 30 years. The consequences have been massive releases of methane from the sea floor, including from formations of solid methane called hydrates that have the potential to explode if they are destabilized.