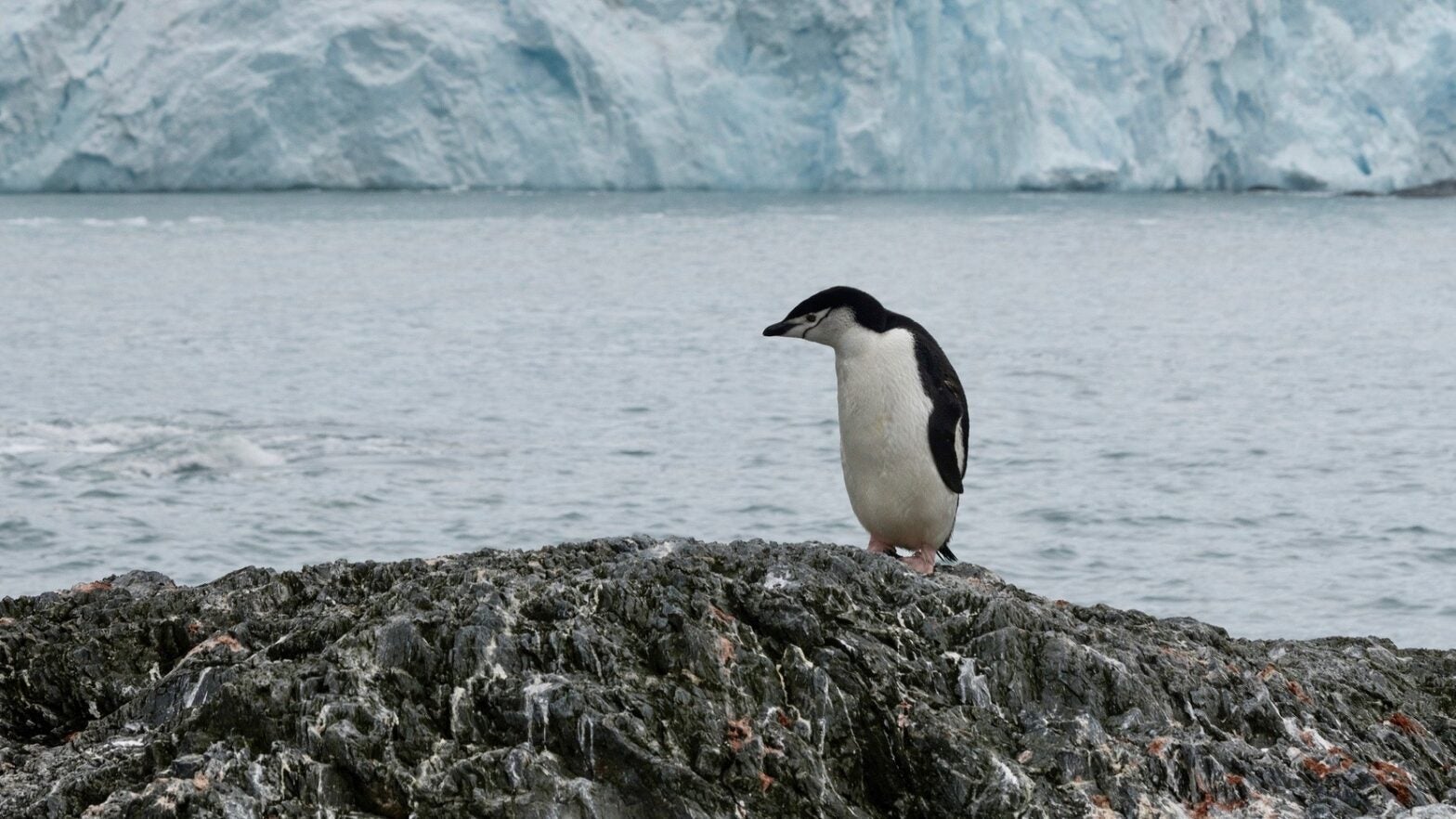 Greenpeace has partnered with penguin researchers from Stony Brook University and Northeastern University to study the impact of climate change on fragile chinstrap penguin colonies in Antarctica, like this lone penguin pictured on Elephant Island. © Christian Åslund / Greenpeace

The climate crisis is taking a toll on Antarctica‘s chinstrap penguins.

Scientists on a Greenpeace expedition to Antarctica found that the penguins’ numbers were falling, with one colony decreasing by 77 percent in nearly 50 years. This is especially surprising because, up until now, the chinstrap penguin has been considered a species of “least concern” by the International Union for Conservation of Nature (IUCN), according to CNN.

“Such significant declines suggest that the Southern Ocean’s ecosystem is fundamentally changed from 50 years ago, and that the impacts of this are rippling up the food web to species like chinstrap penguins,” Expedition co-leader Dr. Heather J. Lynch, an associate professor of ecology and evolution at Stony Brook University, said in a statement emailed to EcoWatch. “While several factors may have a role to play, all the evidence we have points to climate change as being responsible for the changes we are seeing.”

Researchers from Stony Brook and Northeastern University have been surveying the penguins on Antarctic islands using drones and handheld clickers, according to The Guardian. On Elephant Island, they found that there were only 52,786 breeding pairs, a 58 percent decrease compared to the last survey in 1971. The researchers also noted similar declines on Low and Livingston islands.

“This shows something in the marine ecology is broken, or has drastically changed since the 1970s,” scientist and author Noah Strycker told The Guardian.

The researchers found that every colony on Elephant Island had declined, CNN reported. The largest decline was the fall of 77 percent recorded at a colony known as Chinstrap Camp. The reason the scientists think climate change is driving the decline is because the penguins rely on sea ice for their food.

“Penguins, seals and whales all depend on krill, which depends on ice,” Stryker, who studies penguins at Stony Brook, told CNN. “So if climate change affects the ice, that impacts on everything else.”

The researchers found that the chinstraps’ breeding rates had not declined, meaning the threats they faced were harming them after birth, according to The Guardian. They also found that another type of penguin, the gentoo, seemed to be replacing the chinstrap. Gentoos rely less on krill and ice and have been called the “pigeon of the penguin world” for their adaptability and wide diet.

The expedition marks the first time that chinstrap colonies on Low Island have been fully surveyed, according to CNN. The full results of those surveys are not yet available.

But Greenpeace argued that the penguins’ evident decline was another reason to protect 30 percent of the world’s oceans to help vulnerable species recover. Alongside the research expedition, the advocacy group has been installing disappearing penguin ice sculptures in international cities from London to Washington, DC this week in order to raise awareness of the need for a Global Ocean Treaty.

“We installed a melting penguin sculpture in front of the U.S. Capitol to highlight the threats ocean wildlife is currently facing,” Arlo Hemphill of Greenpeace’s Protect the Oceans campaign said in a statement emailed to EcoWatch. “Without protection, not only penguins are at stake but entire ecosystems are in danger from the impacts of industrial fishing, pollution, deep sea mining and climate change. We’re calling on the U.S. government to support the creation of a strong Global Ocean Treaty at the United Nations to protect 30 percent of our oceans by 2030. This new treaty would create a network of sanctuaries in international waters for wildlife to recover and thrive.”