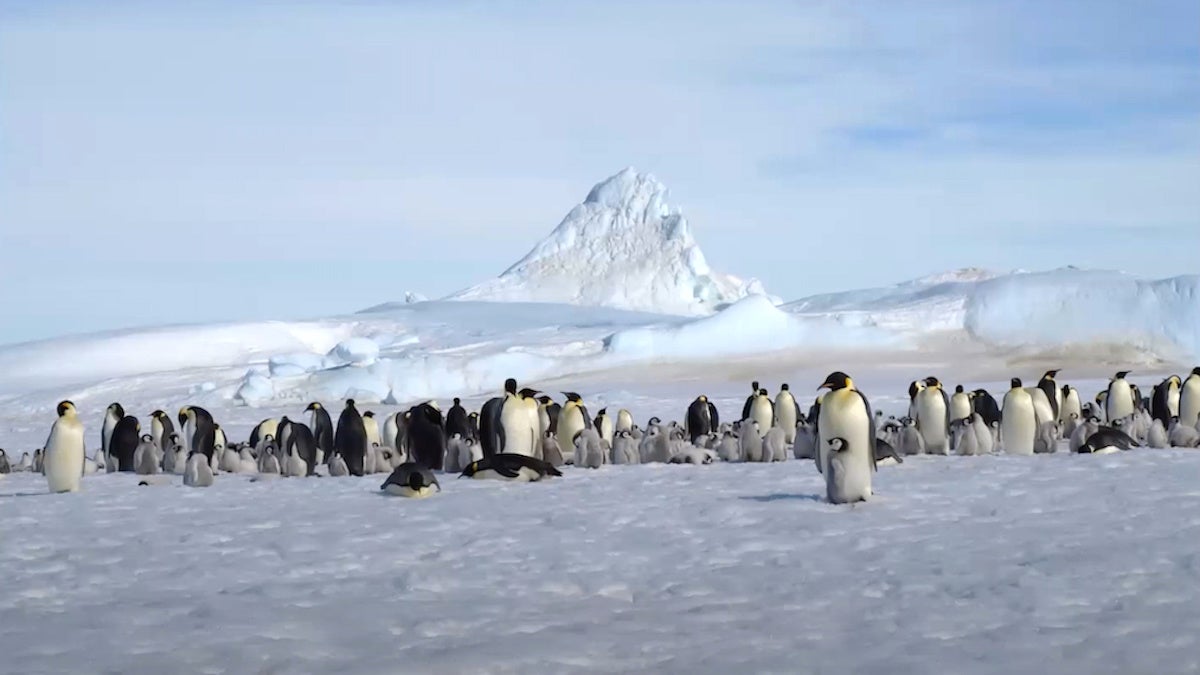 “The [new colonies] are an exciting discovery,” said Peter Fretwell, at the British Antarctic Survey (BAS), who led the research, according to The Guardian. “Whilst this is good news, the colonies are small and so only take the overall population count up to just over half a million penguins.”

While that may sound like great news for penguins, the truth is these penguins are just as threatened as the rest of their flightless feathered friends, according to Gizmodo.

The 11 new colonies bring the total number up to 61 colonies spread across the continent. Now, the newly discovered birds will act as “canaries in the coalmine” when it comes to studying the impact of global warming, experts have said, as CNN reported.

The study, which used satellite mapping technology, will “provide an important benchmark for monitoring the impact of environmental change on the population of this iconic bird,” researchers said, according to CNN.

The study was published in Remote Sensing in Ecology and Conservation on Wednesday. The findings help shed light on just how threatened the emperor penguins really are. While the climate crisis is rapidly altering the surface of Earth, Antarctica is running ahead of most of the world. It is warming three times faster than the most of the planet. With all that warmth comes the loss of sea ice, which is devastating to emperor penguins since they breed on the ice and need it to be stable, as Gizmodo reported.

“Emperor penguins are vulnerable to climate change, particularly the breakup of the sea ice on which they breed,” said study author Peter Fretwell, a researcher with the British Antarctic Survey, in an email to Gizmodo. “Finding more penguins and studying their movements and distribution will be important if we are to understand their struggle to survive in the warming Antarctic environment.”

As the BBC noted, the emperors’ whole life cycle is centered on the availability of sea ice, and if this is diminished in the decades ahead, as climate models project, then the animals’ numbers will suffer. Some models predict that penguin colonies will drop by 90 percent, according to The Guardian.

The discoveries were made by spotting the distinctive red-brown guano patches the birds leave on the ice, according to The Guardian. The findings were made possible by higher-resolution images from a new satellite, as previous scans were unable to pick up smaller colonies.

The European Space Agency’s Sentinel-2 satellite was launched in June 2015 and has a resolution of 10 meters. This enabled a search for the smaller penguin colonies. Emperor penguins were expected to be present at fairly regular intervals around the coast of Antarctica, so the search was targeted in areas where none were known. “In every gap where we thought there might be a colony, we found one,” said Fretwell, as The Guardian reported.

The European Space Agency makes these images available online, so the team was able to analyze images from 2016, 2018 and 2019. By searching the images for “small areas of brown pixels,” or clumps of penguin guano, and targeting their searches by looking at areas near known colonies and breeding habitat, the researchers were able to find these new communities, according to Gizmodo.

The next step is to direct satellites with very high, 30cm-resolution cameras over the colonies to enable the penguins to be counted. “It is dark at the moment in Antarctica, so we can’t count them yet,” said Fretwell, as The Guardian reported. “The sun will come up either later this month or next month in most of these locations, and then we will start.”