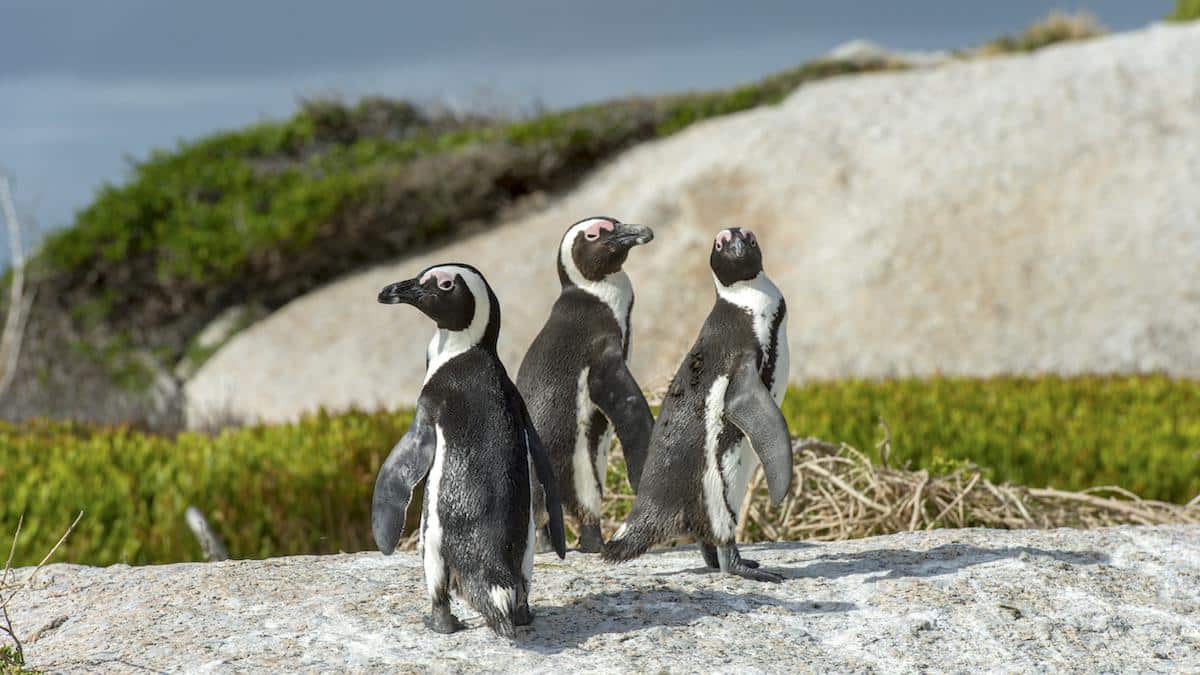 The mysterious deaths of 63 endangered African penguins are being attributed to an unusual cause — bee stings.

“After tests, we found bee stings around the penguins’ eyes,” Southern African Foundation for the Conservation of Coastal Birds (SANCCOB) clinical veterinarian David Roberts told AFP Sunday. “This is a very rare occurrence. We do not expect it to happen often, it’s a fluke.”

SANCCOB was responsible for investigating the deaths, along with SANParks and the City of Cape Town, SANParks said. The birds lived in the Boulders African penguin colony in Simonstown.

Preliminary investigations revealed that the birds had multiple bee stings, and dead bees were also found on the site of the incident. The stings were largely around the birds’ eyes and on their flippers, which are the parts of their body not protected by feathers, SANCCOB’s Dr. Katta Ludynia told BBC News. One of the penguins was stung 27 times.

“Seeing the number of stings in individual birds, it would have probably been deadly for any animal of that size,” Ludynia said.

“Usually the penguins and bees co-exist,” she said. “The bees don’t sting unless provoked — we are working on the assumption that a nest or hive in the area was disturbed and caused a mass of bees to flee the nest, swarm and became aggressive. Unfortunately the bees encountered a group of penguins on their flight path.”

The incident is concerning because African penguins are considered endangered by the International Union for Conservation of Nature (IUCN).

“The penguins… must not die just like that as they are already in danger of extinction. They are a protected species,” Roberts told AFP.

African penguins are uniquely small and live on the coasts and islands of South Africa and Namibia, according to BBC News. There are 41,700 mature adults left in the wild, IUCN said, and their population is declining, mostly due to food shortages because of changing environmental conditions and competition with commercial fisheries.

“[W]e are grateful to all our conservation partners, especially SANCCOB and the City of Cape Town, for assisting us in investigating this unusual event,” Kock wrote on Facebook Saturday. “No more dead African penguins were found on site today, and we will continue to monitor the situation.”