Microplastics Are Wafting in on the Sea Breeze 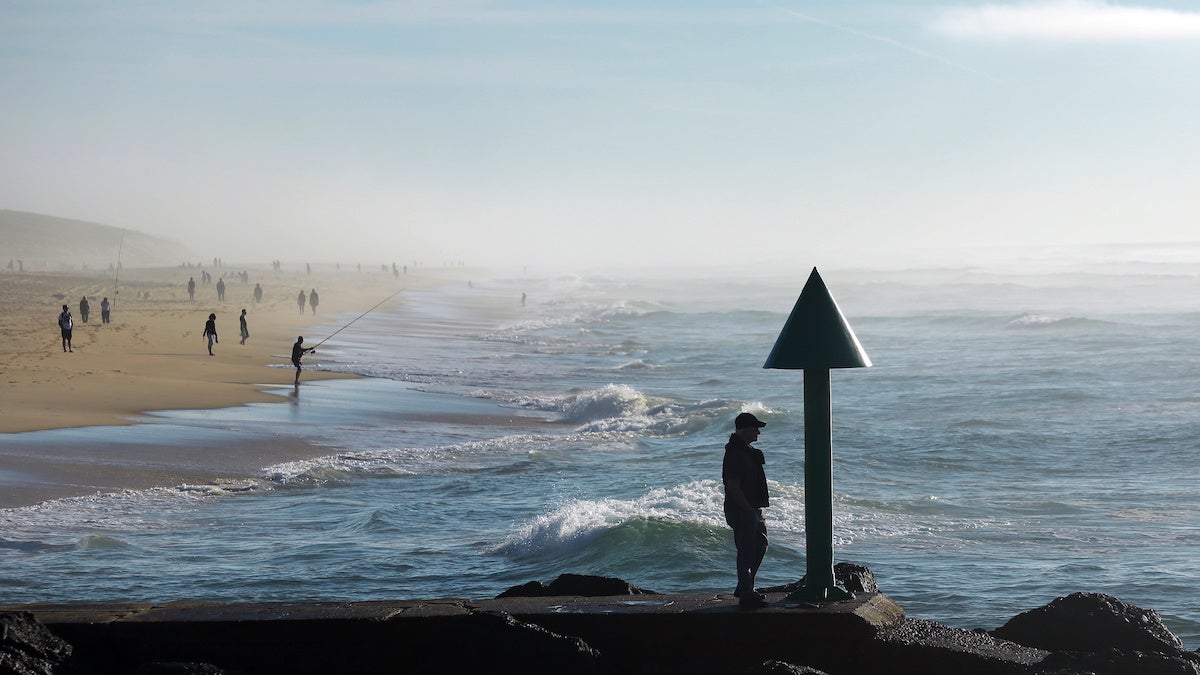 The beach of Mimiza in France where researchers measured microplastics on the sea breeze. NICOLAS TUCAT / AFP via Getty Images

Around eight million metric tons of plastic are dumped into the world’s oceans every year, but researchers still don’t know where it all ends up.

Last month, researchers discovered surprisingly high concentrations of microplastics on the seafloor. And now, a paper published in PLOS ONE Tuesday finds the ocean is spitting some of them back in our faces in the form of the sea breeze.

“We keep putting millions of tonnes of plastic into the ocean every year,” study co-leader and University of Strathclyde Ph.D. candidate Steve Allen told The Guardian. “This research shows that it is not going to stay there forever. The ocean is giving it back to us.”

The study is the first to show microplastics being released into the atmosphere by the ocean itself. The researchers found up to 19 microplastic pieces per cubic meter of air along the Bay of Biscay in France, Wired reported. They also demonstrated in a lab how the popping of bubbles could fling microplastics into the air.

Microplastics are just the latest addition to the messy bursting of ocean bubbles, the researchers explained.

“That bubble actually acts as like a sponge for tiny particles like sea salt, viruses, bacteria, and—potentially—plastics, as it comes up through the water column,” University of Strathclyde microplastic researcher and co-study leader Deonie Allen told Wired. “So the outside of that bubble is now sort of coated in particles.”

When the bubble pops, those particles shoot into the air.

All this means you may have to reassess your idea of a sea breeze. The researchers estimated the ocean spray ejects 136,000 tons of microplastics every year.

“Sea breeze has traditionally been considered ‘clean air’ but this study shows surprising amounts of microplastic particles being carried by it,” Steve Allen told The Guardian. “It appears that some plastic particles could be leaving the sea and entering the atmosphere along with sea salt, bacteria, viruses and algae.”

The research challenges a wide consensus about what happens to plastics once they reach the ocean.

“Current plastic pollutant research has generally assumed that once plastics enter the ocean they are there to stay, retained permanently within the ocean currents, biota or sediment until eventual deposition on the sea floor or become washed up onto the beach,” the researchers wrote.

But this hypothesis doesn’t explain the “missing” plastic, Deonie Allen told The Guardian. She said the amount of plastic on the seafloor was actually less than would be expected given all the plastic that enters the oceans.

If plastic is moving from the ocean to the air, this could have implications for the climate, Wired explained.

Particulate matter from the sea can “seed” clouds, or gather enough moisture to form a fluffy white cloud. If microplastics can do this also, that could lead to whiter clouds that reflect more of the sun’s heat.

“So that’ll have a positive effect for us for climate change,” Steve Allen told Wired.

But there’s a catch.

“It’ll gather the moisture that’s in the air, and not produce rain,” he said. “That rain can move somewhere else. So we would get rain somewhere it doesn’t belong, and we don’t get rain where we need it.”