Paint: The Big Source of Ocean Microplastics You Didn’t Know About 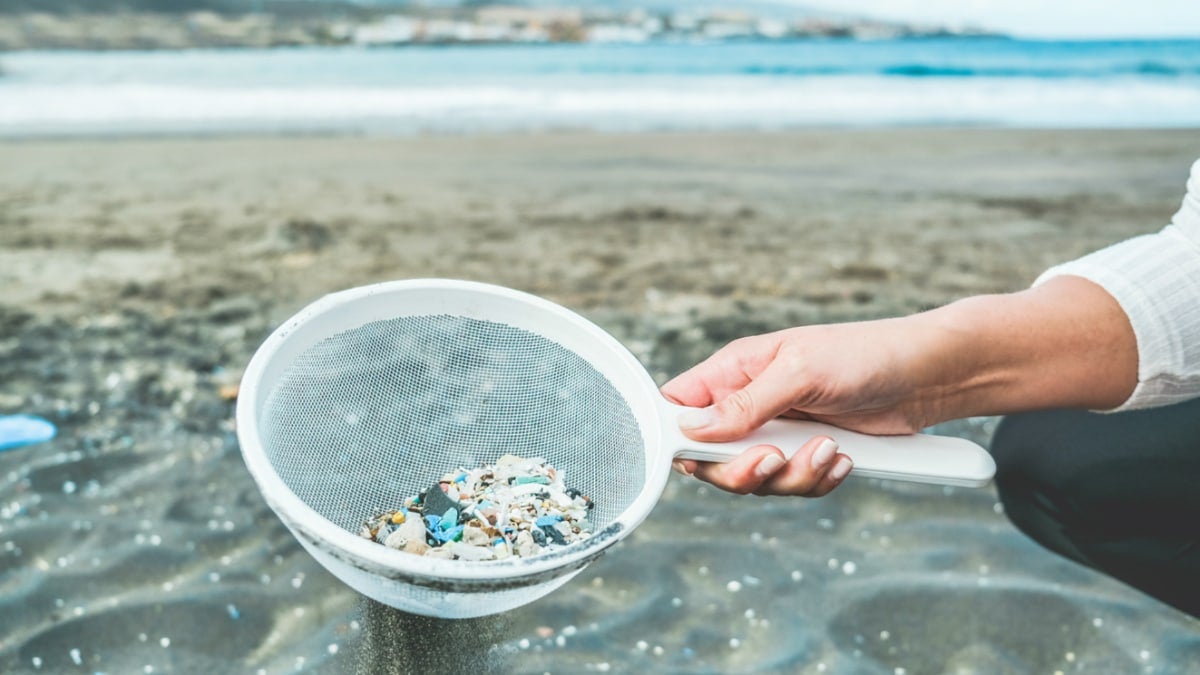 There has been very little focus on the fact that unless paint residuals are collected during surface preparation and the maintenance process, they will largely end up in the ocean as microplastics. DisobeyArt / Getty Images

By Declan McAdams and Tore Angelskår

Until recently, microplastics that enter the ocean from paint have not received a lot of attention. There has been very little focus on the fact that unless paint residuals are collected during surface preparation and the maintenance process, they will largely end up in the ocean as microplastics.

The most quoted source of data on how much microplastics from paint enters the ocean each year gives a figure of 60,000 tons per annum. While this is still a big figure – the equivalent of six billion empty plastic bottles being dumped in the ocean every year – it falls short of the real size of the problem. This is because:

For these reasons, the real level of paint microplastics entering the environment and ocean each year could be much, much higher than 60,000 tons. Other reports also conclude that paint is the second-largest source of microplastics in the ocean. 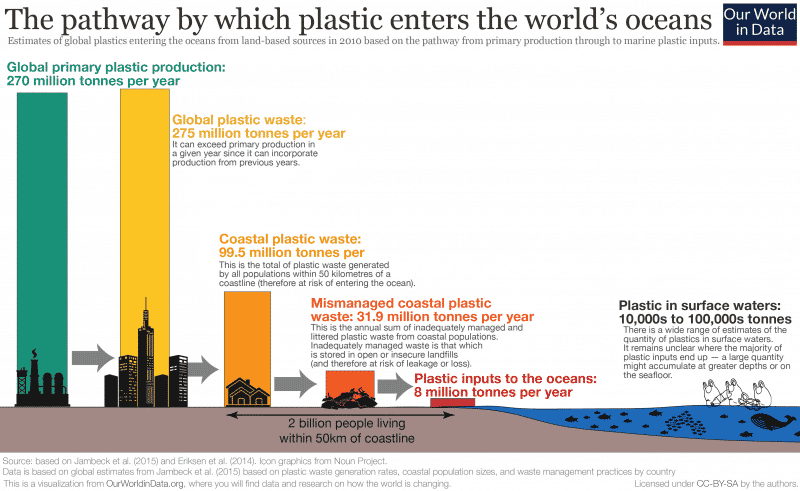 The pathway by which plastic enters the world’s oceans. Our World in Data

Let’s look at it another way and see what happens to all of the paint on steel assets. It is estimated that more than six million tons of paint are applied to industrial and marine steel structures every year. 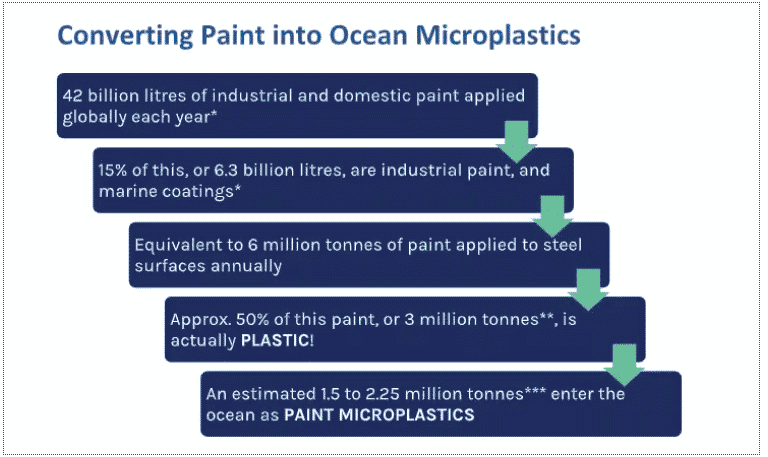 Therefore, based on the actual level of paint applied to industrial and marine steel assets each year, it is estimated that the real level of paint microplastics emissions to the ocean every year could be as high as 1.5-2.25 million tons. This is based on the assumption that 50-75% of the paint residuals are not collected. Given we know that open blasting without collection holds a higher market share of surface maintenance than this, the actual level of emissions is probably at the higher upper end of the range.

Putting these new figures in context, they are a very meaningful percentage of the 8 million tons of plastic that enters the oceans each year. In addition, it can also help us better understand where some of the estimated 12-21 million tons of microplastics in the Atlantic Ocean, as highlighted in a recent study, have come from.

What are the risks from all of these paint microplastics? Ingested microplastic particles can physically damage organs and leach hazardous chemicals – from the hormone-disrupting bisphenol A (BPA) to pesticides – that can compromise immune function and stymie growth and reproduction. Both microplastics and these chemicals may accumulate further up the food chain, potentially impacting whole ecosystems, including the health of the soils in which we grow our food. Microplastics in the water we drink and the air we breathe can also hit humans directly.

The Need for Regulatory Awareness and Enforcement

We need greater awareness of this problem on the part of environmental regulators, and a willingness to enforce existing anti-pollution laws. There should be a requirement to collect the used blasting material, with its heavy metals and other toxic components, and most importantly, the rust and paint residuals as they are blasted off the steel assets. Otherwise, they will largely find their way, directly or indirectly, into the ocean.

Even though there is considerable uncertainty regarding the extent of emissions of microplastics from paint into the ocean, one thing is very clear: it is a significant problem that deserves a lot more research and regulatory and policy-maker attention, so action can be taken to solve it as soon as possible.

Declan McAdams is the Chairman of Pinovo.

The views expressed in this article are those of the author alone and not the World Economic Forum.