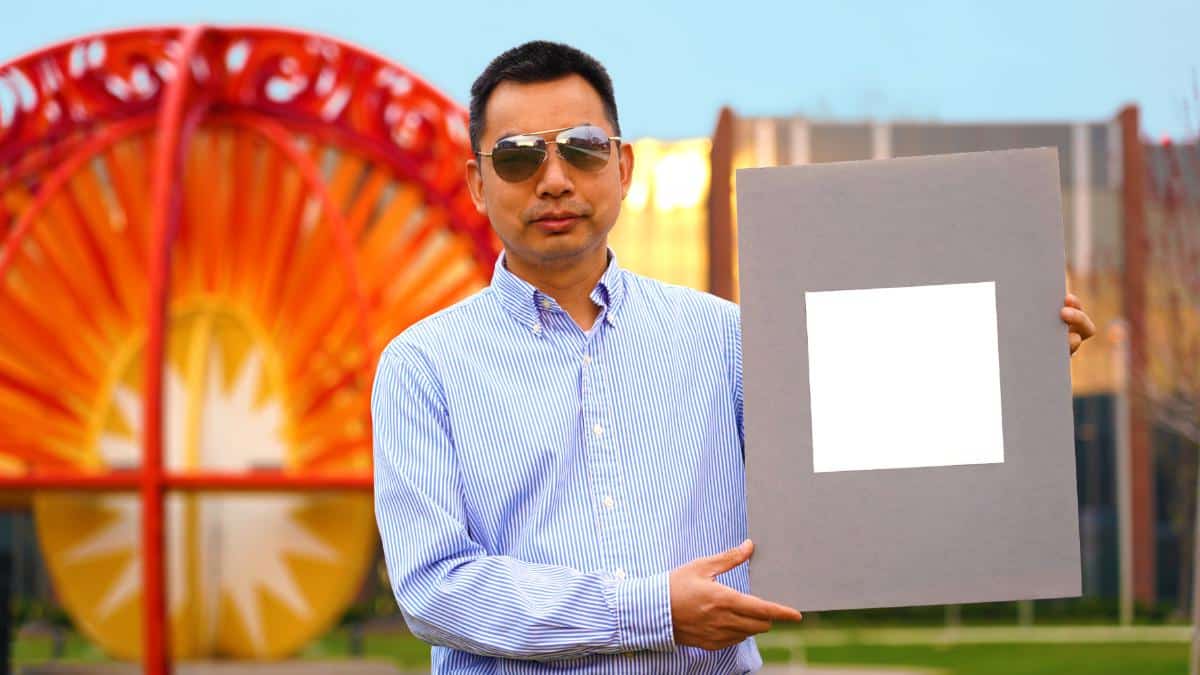 Painting buildings white to help cool down cities has long been touted as a climate solution. However, the white paints currently on the market reflect only 80 to 90 percent of sunlight and cannot actually cool a roof to below air temperature, The Guardian reported. However, this new paint can.

“Our paint can help fight against global warming by helping to cool the Earth – that’s the cool point,” University of Purdue Professor Xiulin Ruan told The Guardian. “Producing the whitest white means the paint can reflect the maximum amount of sunlight back to space.”

The new paint, introduced in ACS Applied Materials & Interfaces on Thursday, can reflect up to 98.1 percent of sunlight and cool surfaces by 4.5 degrees Celsius. This means it could be an effective replacement for air conditioning.

“If you were to use this paint to cover a roof area of about 1,000 square feet, we estimate that you could get a cooling power of 10 kilowatts. That’s more powerful than the central air conditioners used by most houses,” Ruan said in a University of Purdue press release.

The new paint improves upon a previous paint by the same research team that reflected 95.5 percent of sunlight. Researchers say it is likely the closest counterpart to the blackest black, “Vantablack,” which can absorb as much as 99.9 percent of visible light. The new paint is so white for two main reasons: It uses a high concentration of a reflective chemical compound called barium sulfate, and the barium sulfate particles are all different sizes, meaning they scatter different parts of the light spectrum.

White paint is already being used to combat the climate crisis. New York has painted more than 10 million square feet of rooftops white, BBC News reported. Project Drawdown calculated that white or plant-covered roofs could sequester between 0.6 and 1.1 gigatons of carbon between 2020 and 2050. The researchers hope their paint will enhance these efforts.

“We did a very rough calculation,” Ruan told BBC News. “And we estimate we would only need to paint one percent of the Earth’s surface with this paint — perhaps an area where no people live that is covered in rocks — and that could help fight the climate change trend.”

The research team has filed a patent for the paint and hope it will be on the market within two years, according to The Guardian. However, Andrew Parnell, who develops sustainable coatings at the University of Sheffield, said it would be important to calculate the emissions produced from mining barium sulphate and compare those with the emissions saved from using the paint instead of air conditioning.

“The principle is very exciting and the science [in the new study] is good. But I think there might be logistical problems that are not trivial,” Parnell told The Guardian. “How many million tons [of barium sulphate] would you need?”

Parnell thought green roofs, or roofs on which plants grow, might prove to be a more ecologically friendly alternative.