Subscribe
World Economic
EcoWatch is a community of experts publishing quality, science-based content on environmental issues, causes, and solutions for a healthier planet and life.
Mentioned by:

Disappearing Water in a Warming Climate: A Story in Four Visuals 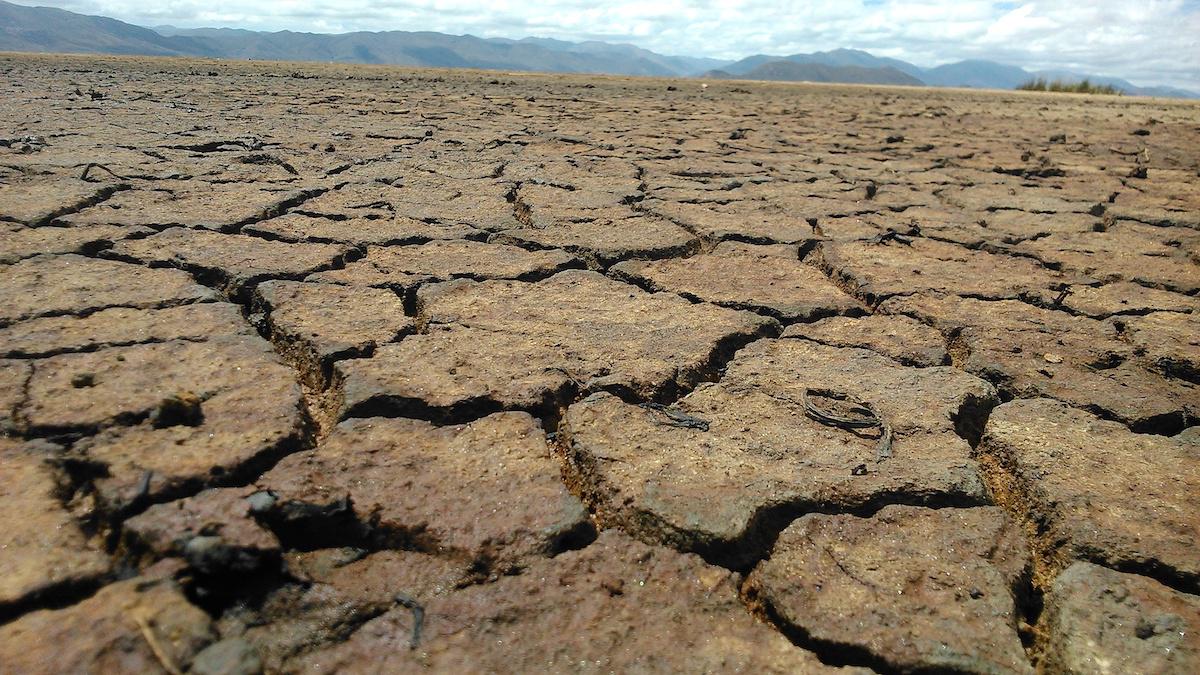 By John Letzing and Andrew Berkley

Water scarcity will be the biggest climate-related threat to corporate assets like factories within the next few decades, according to a recent report – but it seems to have barely registered on investors' radar.

Of course, the human cost of worsening scarcity is already fully apparent; about one out of every four people in world don't have access to safely managed drinking water at home, and in just a few years about two-thirds of the global population could face water shortages.

A lack of water is triggering violent conflict in places like India's Northern Plains, and creating new migrants and refugees who may contribute to further shortages wherever they resettle. Sydney will endure shortfalls within 20 years if the city continues growing at its current rate, according to a recent estimate, while residents of San Jose, California, (the "Capital of Silicon Valley") are being threatened with penalties if they don't cut their water use by 15%. Kenya's drought has been declared a national disaster.

The climate crisis is often cited for these deficits, which are aggravated by demand that grows in tandem with an expanding global population. Water scarcity may therefore be a lively topic of discussion at the UN Climate Change Conference (COP26) slated to begin later this month.

The World Economic Forum has created a visualization of some of the most glaring instances of disappearing surface water around the world. The following are four excerpts.

This U.S. reservoir supplies 90% of the water for an area of Nevada that's home to rapidly expanding Las Vegas. According to a recent government projection, there's a 66% chance it will hit a "critically low" elevation by 2025. In this and other excerpts, a satellite view from 1984 to 2019 is on the left, while an augmented view on the right features a red color representing surface water loss as of 2018.

Wedged between Kazakhstan and Uzbekistan, this was once the world's fourth-largest inland lake. But the rivers that traditionally fed it were diverted for irrigation, and climate change has intensified local water scarcity.

Once Bolivia's second-largest lake, it has now almost entirely disappeared. Excessive use of its water sources for irrigation is largely to blame, and a warming climate threatens to undermine its recovery. However, experts believe it can still be saved.

The water level of this lake in Iran has declined dramatically in the past couple of decades, and one study suggested that about three-fifths of its loss of inflows between 1960 and 2010 resulted from climate change (efforts like reworking irrigation systems are now underway to help restore what was once a popular tourist destination).

While their impacts may vary, the focus on adapting to increasingly unpredictable rainfall patterns must be singular – by shoring up the ways water systems are managed, for example, and by deploying new means of harvesting water and irrigating crops.

On the Strategic Intelligence platform, you can find feeds of expert analysis related to Water, Climate Change, and hundreds of additional topics. You'll need to register to view. 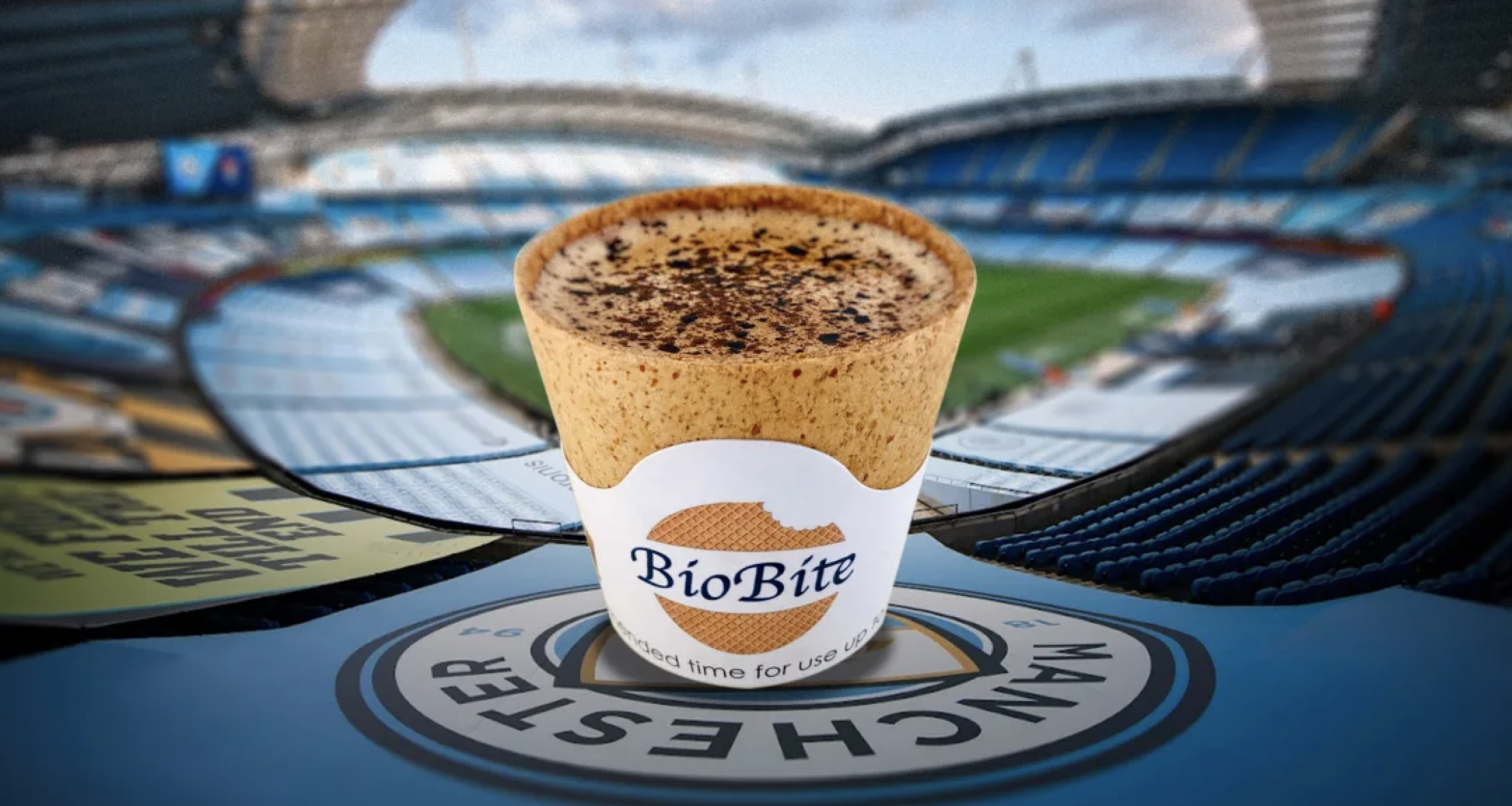 The pitches may be green – but how sustainable is soccer?

Next year, we are being promised the world's first carbon-neutral FIFA World Cup. Pulling this off will be no mean feat – from construction to travel and accommodation, Qatar 2022 is expected to produce up to 3.6 million tonnes of CO2.

The event plans to tackle its emissions through a variety of measures including offsetting, reusing construction waste, and building a stadium from recycled shipping containers.

And across the sport, there are many other examples of small changes that could have a big impact if widely adopted. Here are some of them.

Coffee Cups You Can Eat

In England's Premier League, Manchester City Football Club is trialing a sustainable coffee cup that you can eat. 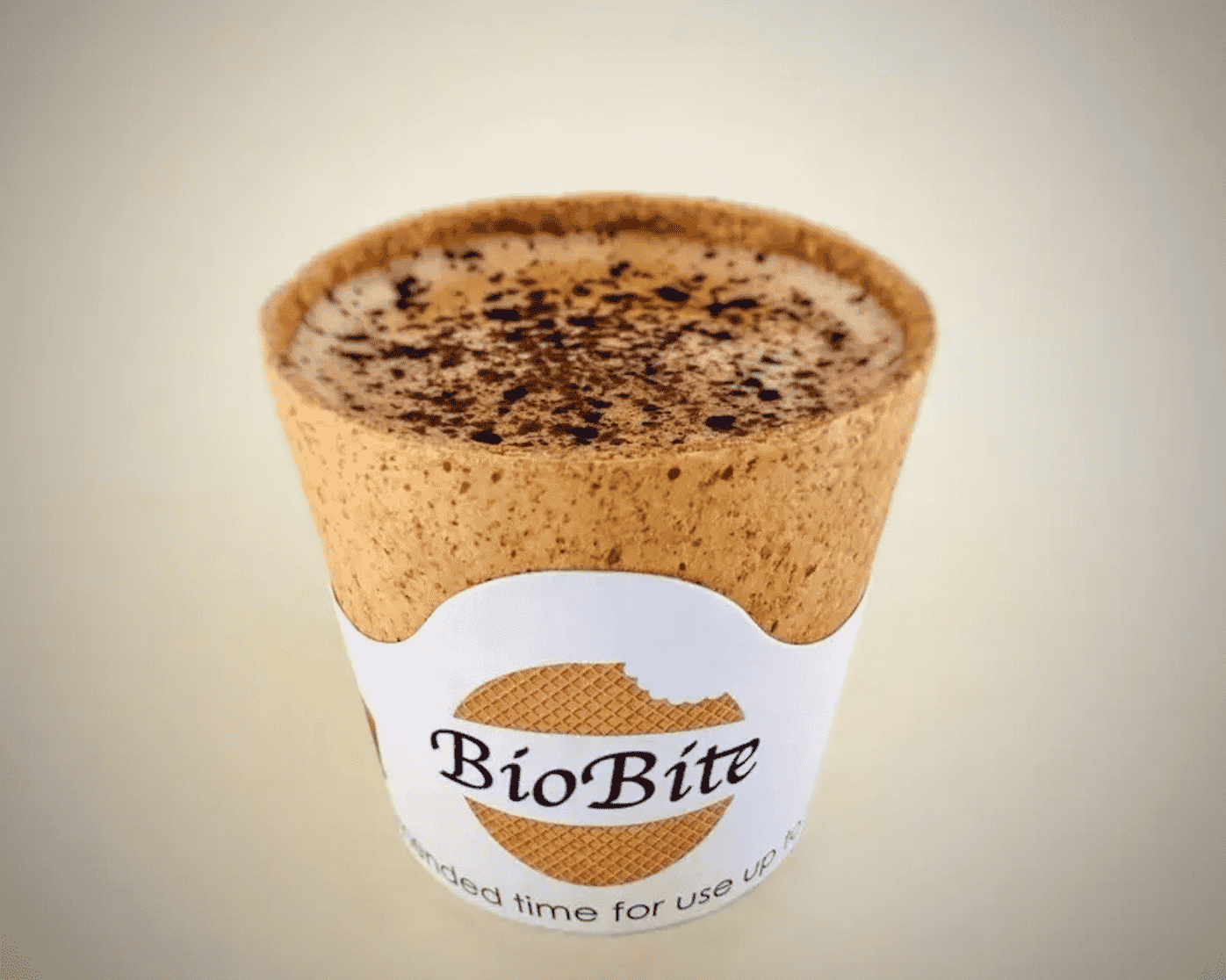 The edible cups, from Scottish company BioBite, are made from wafer that is said to stay leak-proof for up to 12 hours once filled with hot drinks.

If successful, they could provide a solution to a sizeable problem: an estimated 2.5 billion disposable coffee cups are used in the UK every year – the majority of which are not recycled, according to a House of Commons report.

Forest Green Rovers, a football club based in Gloucestershire, England, is trialling a sustainable soccer kit made from recycled coffee bean waste.

Each shirt is made from three cups of used beans and five plastic bottles. And they are not the only way Forest Green is living up to its name.

The team, dubbed "the world's greenest football club", became the first to be certified carbon neutral by the United Nations in 2017. It is owned by Dale Vince, the founder of green energy company Ecotricity.

Johan Cruijff Arena in Amsterdam, the home of Dutch football club Ajax, claims to be one of the most sustainable stadiums in the world. 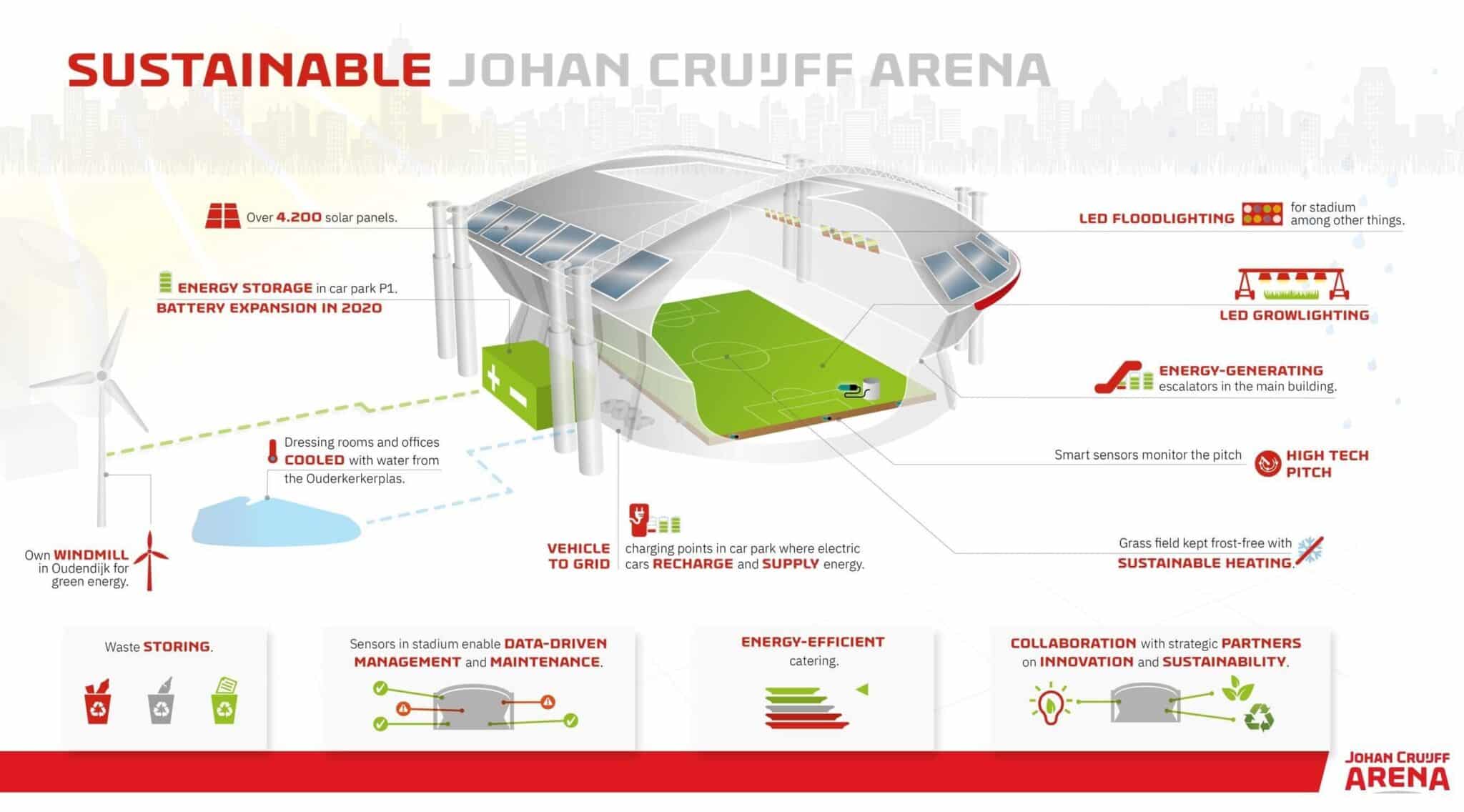 Its approach ranges from big investments in green energy to creative ways to use waste. The stadium is powered by 4,200 solar panels on the roof and a wind turbine. Grass mown from the pitch, meanwhile, is taken to a local farm to feed goats whose milk is turned into cheese – which is then sold in the stadium. 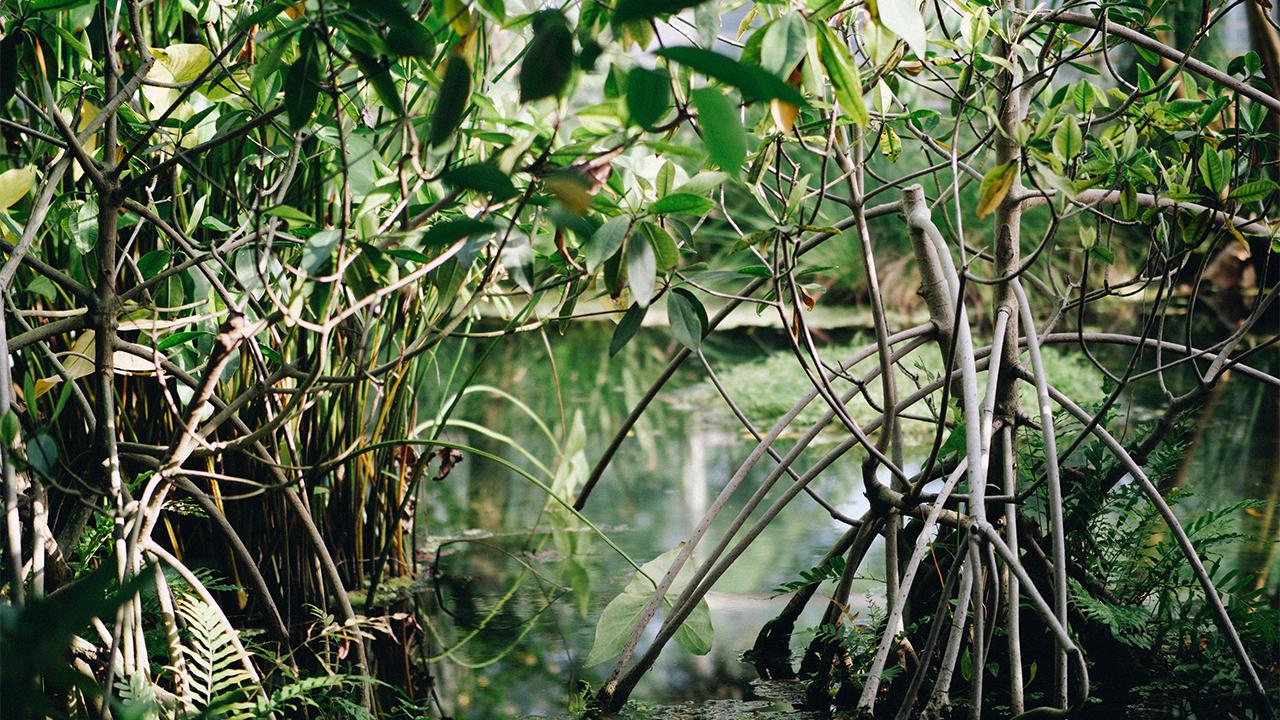 To the uninitiated, mangroves might appear to be merely coastal cousins of inland forests, but these rich ecosystems support the planet and people in unique ways, from providing breeding grounds for fish to carbon storage, to protection against flooding.

Yet despite their importance, mangrove forests are under threat. Over a third have already disappeared, and in regions such as the Americas they are being cleared at a faster rate than tropical rainforests.

Much of that clearance is to reclaim land for agriculture, industrial development and infrastructure projects.

In addition to climate change and pollution, there are also local threats. These include overharvesting of wood for fuel and construction, dams and irrigation that reduce the flow of water reaching the forests, and overfishing causing disruption to food chains and fish communities. 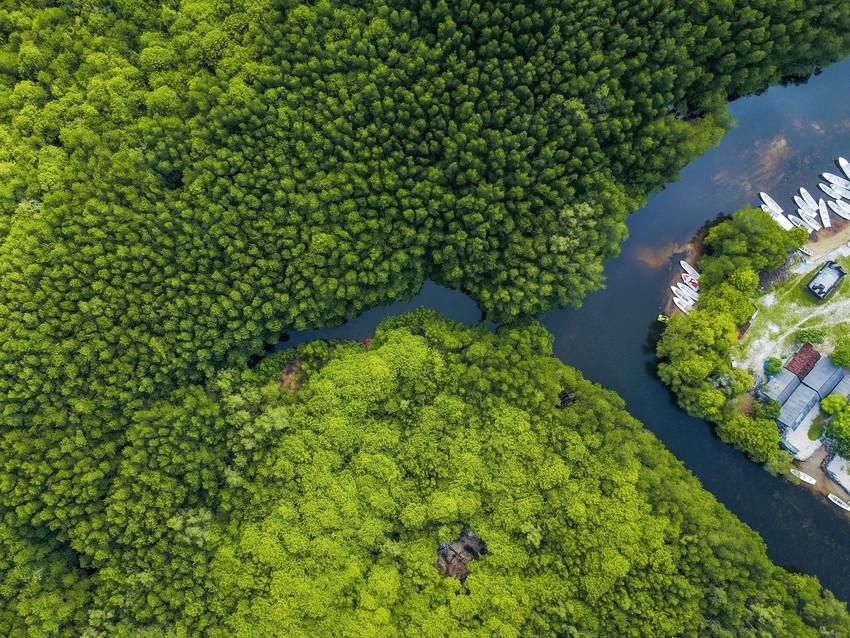 We are destroying a coastal ecosystem that helps sustain life and livelihoods. Here are five of the many reasons we should be doing much more to preserve mangrove forests.

1. They are a natural coastal defense.

In 2017, the UN Ocean Conference estimated that nearly 2.4 billion people live within 100 km of the coast. Mangroves provide valuable protection for communities at risk from sea-level rises and severe weather events caused by climate change.

2. They are carbon sinks.

Coastal forests help the fight against global warming by removing carbon dioxide from the atmosphere, most of which is stored within the plant. When mangrove tree roots, branches and leaves die they are usually covered by soil, which is then submerged under tidal water, slowing the breakdown of materials and boosting carbon storage.

Research shows that coastal mangroves outperform most other forests in their capacity to store carbon. An examination of 25 mangrove forests across the Indo-Pacific region found that per hectare, they held up to four times more carbon than other tropical rainforests.

Many people living in and around mangroves depend on them for their livelihood. The trees are a reliable source of wood for construction and fuel, which is prized for its hardy resistance to both rot and insects. However, in some areas, the wood has been harvested commercially for pulp, wood chip and charcoal, raising concerns about sustainability.

Plant extracts are collected by locals for their medicinal qualities and the leaves of mangrove trees are often used for animal fodder.

The forest waters provide local fishermen with a rich supply of fish, crabs and shellfish to sell for income.

Often located near to coral reefs and sandy beaches, the forests provide a rich environment for activities like sports fishing, kayaking and birdwatching tours.

Of course, it is important to maintain a balance between visitor numbers and protecting the forests' delicate ecosystem.

If held at sustainable levels, ecotourism could provide the perfect motivation to protect mangroves, instead of clearing them for mass tourism developments.

5. They are rich in biodiversity.

Human activity has caused huge biodiversity loss in land and marine ecosystems around the globe, endangering many plant and animal species.

By filtering coastal waters, mangroves form a nutrient-rich breeding ground for numerous species that thrive above and below the waterline.

A huge variety of wildlife lives or breeds in the mangrove ecosystem, including numerous fish, crab and shrimp species, molluscs, and mammals like sea turtles. The trees are home to an array of nesting, breeding and migratory birds. When mangrove forests are cleared valuable habitat is lost, threatening the survival of myriad species.

But that's not the whole story. The forests are also a potential source of undiscovered biological materials that could benefit mankind, such as antibacterial compounds and pest-resistant genes, which are also lost when coastal areas are cleared. 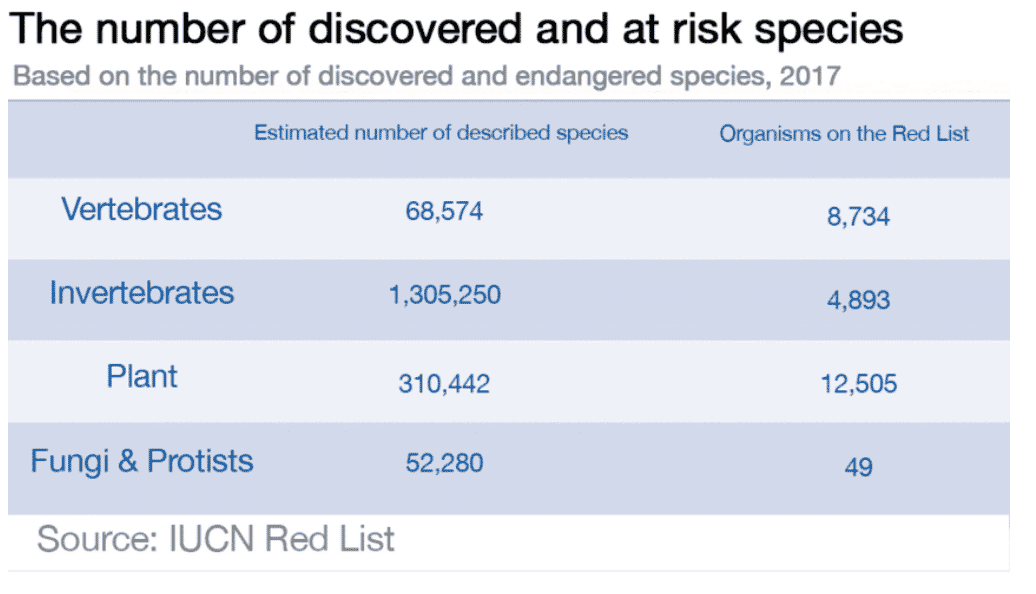 Land clearance of mangrove areas and other forests like the Amazon has had a major impact on different species. The International Union for Conservation of Nature's (IUCN) Red List shows that of 68,574 species of invertebrates, 8,374 were on the brink of extinction.