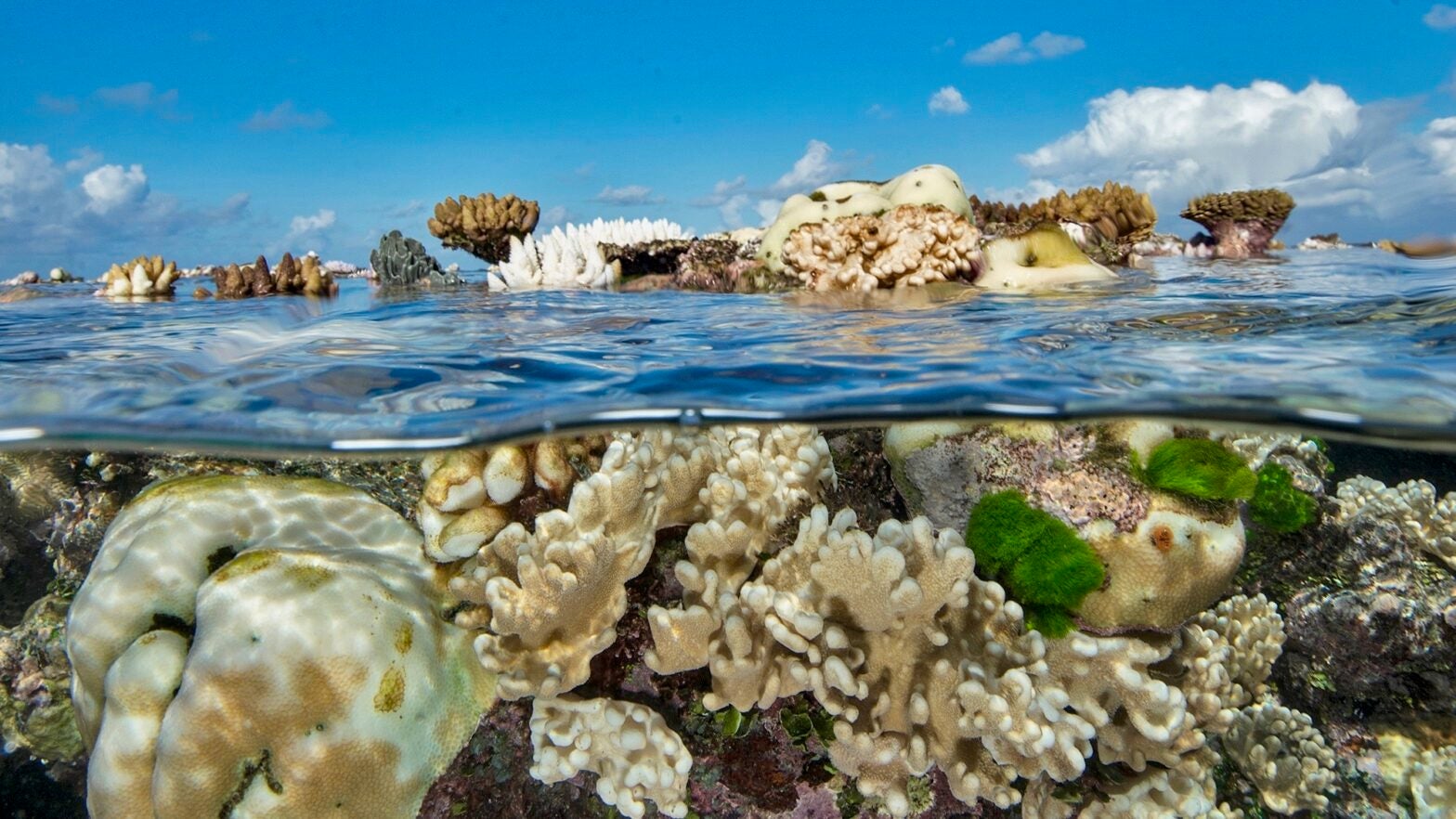 Rains have only recently started dousing the historic wildfires that killed more than one billion animals on land. Now, scientists and environmentalists are warning that the Great Barrier Reef could see its third major coral bleaching event in five years if ocean temperatures remain high for the next two weeks, The Guardian reported Thursday.

“The Great Barrier Reef is on a knife edge,” head of oceans at WWF-Australia Richard Leck told The Guardian. ‘We will know in the next couple of weeks whether we now have a mass coral bleaching event for the third time in only five years.”

A mass coral bleaching event could unfold across the Great Barrier Reef during the coming weeks, where sea surface temperatures are currently 1-2ºC above average in many areas. https://t.co/Q2BBYvrUsA pic.twitter.com/3MDIIzYAcX

Scientists with the Great Barrier Reef Marine Park Authority have already found “significant bleaching” at three reefs in the far north, the authority’s chief scientist David Wachenfeld told The Sydney Morning Herald. Wachenfeld said the reefs in the north were relatively protected from most human activity, but not from the rising of ocean temperatures caused by the climate crisis.

“Climate change is the great leveller,” he said. “There is nowhere that is not affected by it.”

Coral bleaching occurs when corals expel the algae that give them their color and nutrients in response to heat stress. Back-to-back bleaching events in 2016 and 2017 killed as many as half of the corals in the reef.

Currently, temperatures across the reef are around two to three degrees Celsius above normal, and summer temperatures do not usually peak until mid March, professor Terry Hughes, director of the ARC Centre of Excellence for Coral Reef Studies at James Cook University, told The Guardian.

What happens will ultimately depend on the “vagaries of the weather,” he said.

The National Oceanic and Atmospheric Administration has placed the reef on Alert Level 1 for the next seven days, which means a significant bleaching event is likely, ABC News reported. However, the agency’s Coral Reef Watch also forecast that the bleaching would not be as intense as the bleaching in 2016 and 2017.

Based on current heat stress, temperature trends, and our Four-Month Bleaching Outlook model, @CoralReefWatch is expecting widespread bleaching conditions across the GBR in the coming weeks. So far, it looks like it will not be as intense as 2016 or 2017. Fingers crossed! pic.twitter.com/Xxdkj7sCb7

The atmospheric buildup of greenhouse gasses from the burning of fossil fuels, which is responsible for heating ocean temperatures, has also been blamed for Australia’s more extreme wildfire season. But Prime Minister Scott Morrison has been criticized for his pro-coal policies and his seeming dismissal of climate concerns.

“Surely after this summer of bushfires, and this marine heatwave hitting the reef, we cannot keep burying our heads in the sand,” Leck told The Guardian. “We need a reef-safe climate policy that’s consistent with a 1.5C global warming target, or less. No more excuses will be tolerated.”